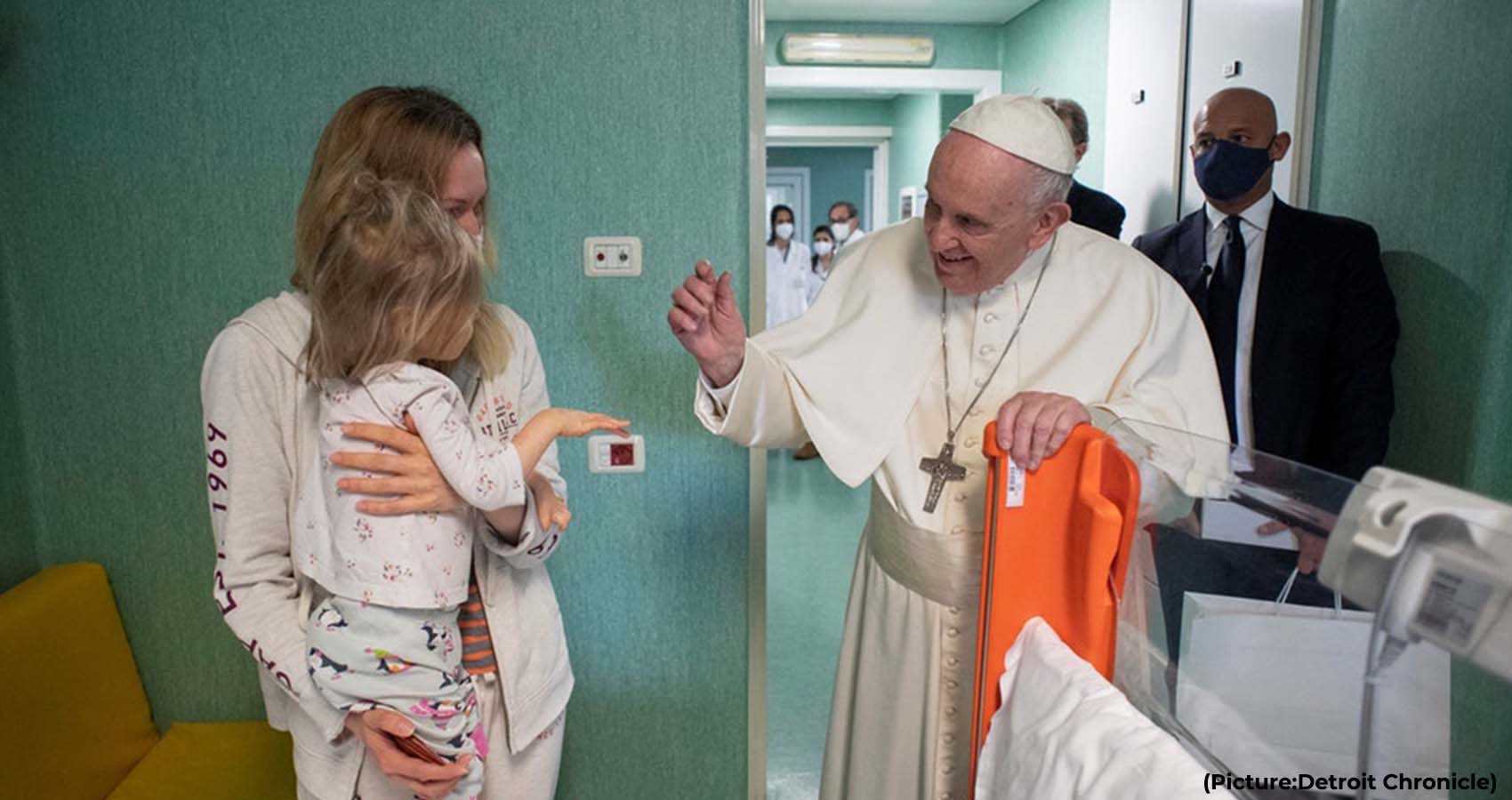 Pope Francis has denounced Russia’s “repugnant war” against Ukraine as “cruel and sacrilegious inhumanity.” In some of his strongest words yet since Russia’s invasion on Feb. 24, Francis on Sunday told thousands of people in St. Peter’s Square that every day brings more atrocities in what is a “senseless massacre.”

Pope Francis who has always been in the forefront denouncing violence, said, “Sadly, the violent aggression against Ukraine does not stop, a senseless massacre where each day slaughter and atrocities are repeated,” the pope said March 20th after reciting the midday Angelus prayer with visitors in St. Peter’s Square.

“There is no justification for this!” he told an estimated 30,000 people who had come to the square to pray with him. Pope Francis once again urged international leaders to work together to put an end “to this repugnant war.”

Meanwhile, in the strongest of criticisms mounted on Russian President Vladimir Putin, American President Joe Biden called Putin a “war criminal,” a rhetorical leap that came as civilian deaths mount in Ukraine. Speaking with reporters last week, Biden affixed the designation on the Russian leader. “I think he is a war criminal,” the President said during remarks at the White House.

It was the harshest condemnation of Putin’s actions from any US official since the war in Ukraine began three weeks ago. Previously, Biden had stopped short of labeling atrocities being documented on the ground in Ukraine as “war crimes,” citing ongoing international and US investigations.

Since Russia invaded Ukraine Feb. 24, missiles and bombs have continued to fall “on civilians, the elderly, children and pregnant mothers,” he said. “I went to see the wounded children here in Rome. One of them is missing an arm, the other has a head wound,” he said. That happened to “innocent children.”

While Biden had traveled to Europe to solidify a united front against Russian aggression and devastation on Ukraine, Pope Francis had gone on March 19 to the Vatican-owned Bambino Gesù Children’s Hospital where some 50 Ukrainian children had been cared for since the war began. Initially, the Vatican said, most of the young Ukrainian patients were brought to Rome for treatment for cancer, neurological or other diseases. Pope Francis also drew attention to the almost 3.4 million people who have fled Ukraine, according to the U.N. Refugee Agency.

“And I feel great sorrow for those who don’t even have the chance to escape,” he said. “So many grandparents, sick and poor, are separated from their families,” the pope said; “so many children and fragile people are left to die under the bombs without receiving help and without finding safety even in air-raid shelters,” some of which have been bombed.

“All this is inhuman,” he said. “Indeed, it is even sacrilegious, because it goes against the sanctity of human life, especially against defenseless human life, which must be respected and protected, not eliminated, and which comes before any strategy!”

Pope Francis also expressed his gratitude for the bishops, priests and religious who have stayed with their people, living “under the bombs.” They are “living the Gospel of charity and fraternity.” “Thank you, dear brothers and sisters, for this witness and for the concrete support you are courageously offering to so many desperate people,” the pope said.

He specifically mentioned Archbishop Visvaldas Kulbokas, the Lithuania-born nuncio to Ukraine, “who since the beginning of the war has remained in Kyiv” and is a sign of the pope’s closeness “to the tormented Ukrainian people.”

Pope Francis urged everyone to continue to pray for peace, to pray for the people of Ukraine and to offer concrete assistance to them. “And, please, let’s not get used to war and violence,” he said. “Let’s not tire of welcoming them (the refugees) with generosity, as we are doing.”

The assistance will need to continue for “weeks and months to come,” especially for the women and children forced to flee without their husbands and fathers and without work, which makes them targets of human traffickers, whom the pope called “vultures.”

While reminding the world, “Do not forget,” the pope said, “it is cruel, inhuman and sacrilegious!” He urged “every community and every believer to join me on Friday, March 25, the feast of the Annunciation, in making a solemn act of consecration of humanity, especially of Russia and Ukraine, to the Immaculate Heart of Mary, so that she, the Queen of Peace, may obtain peace for the world.”