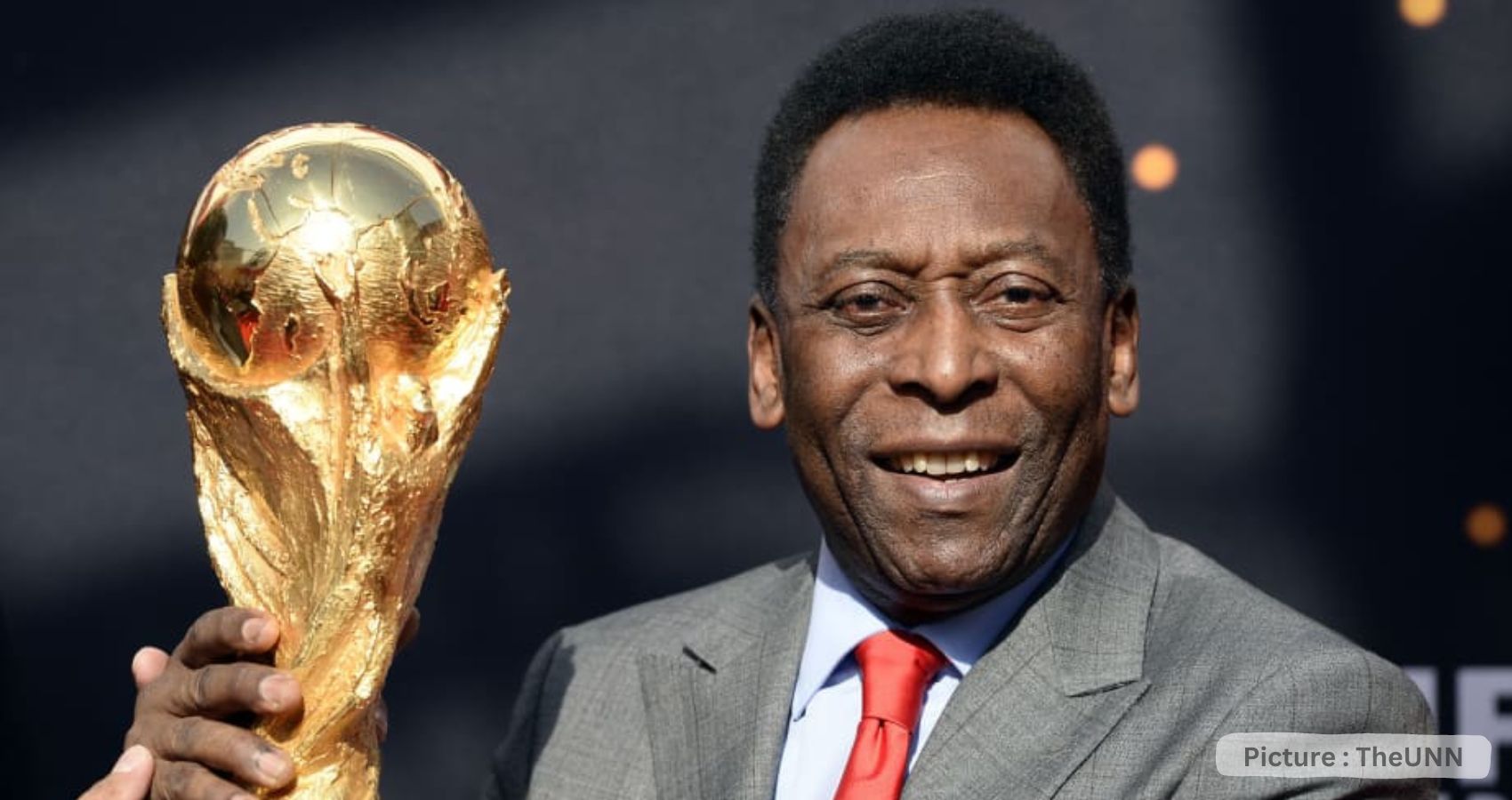 Soccer fans worldwide are united in grief after the death of a sports legend who inspired generations. Pelé, the Brazilian soccer icon and the only man to win the World Cup three times, died Thursday at 82. In Brazil, where he played for soccer club Santos, mourners paid tribute to a global star who made the nation synonymous with soccer excellence. Pelé’s hypnotizing moves and creative style transfixed sports fans and revolutionized the game. “How to grieve the passing of a man who, through football, took the name of Brazil to the world?” Brazilian President Jair Bolsonaro said. Fellow Brazilian soccer star Neymar described Pelé’s moves as art, adding that while he’s gone, his magic will remain. Pelé died from organ failure caused by colon cancer.

Pelé’s skill and grace on the field was unparalleled, and his goal-scoring prowess earned him a place in history. Sources list his tallies at anywhere between 650 (league matches) and 1,281 (all senior matches, some against low-level competition). His greatest moment on the field was the 1958 World Cup, where he scored two goals in Brazil’s 5-2 win over the host country in the final. He also played a key role in Brazil’s 1970 World Cup victory, scoring in the final and setting up Carlos Alberto with a nonchalant pass for the last goal in a 4-1 victory over Italy.

Pelé’s fame extended well beyond the soccer pitch. He was an ambassador for UNESCO and the United Nations, and was a key figure for Black people’s pride in Brazil. In 1997, he was knighted by Queen Elizabeth II in recognition of his achievements.

Pelé’s legacy will live on forever in the annals of soccer history. He will be remembered as one of the sport’s most beloved and talented athletes, and his name will continue to be mentioned alongside the likes of Diego Maradona, Lionel Messi, and Cristiano Ronaldo in any conversation about soccer’s greatest players.

On Monday, thousands of mourners gathered in Santos, Brazil to pay their respects to the late soccer legend, Pelé. The funeral was attended by high school students, supreme court justices, and Brazil’s newly inaugurated president, Luiz Inácio Lula da Silva. A Catholic Mass was held at the stadium in honor of Pelé, and a song titled “Eu sou Pelé” (“I am Pelé”) was played.

Geovana Sarmento, 17, and her father attended the funeral wearing a Brazil shirt with Pele’s name. “I am not a Santos fan, neither is my father,” Sarmento said, “But this guy invented Brazil’s national team. He made Santos stronger, he made it big, how could you not respect him? He is one of the greatest people ever, we needed to honor him.”

Pelé was perhaps the world’s most famous athlete in the 1960s and 70s and his legacy lives on today. FIFA President Gianni Infantino asked every country to name a stadium after Pelé, and said “I am here with a lot of emotion, sadness, but also with a smile because he gave us so many smiles.” Supreme Court Justice Gilmar Mendes said that Pelé was a humble man despite his global fame.

Pelé led Brazil to three World Cup titles in 1958, 1962 and 1970, and remains one of the team’s all-time leading scorers with 77 goals. Neymar tied Pelé’s record during this year’s World Cup in Qatar. He had undergone treatment for colon cancer since 2021, and passed away due to multiple organ failure as a result of the cancer.

On Monday, Brazil said goodbye to one of its most beloved figures. Thousands of mourners gathered at the Vila Belmiro stadium in Santos to pay their respects to the late soccer legend, Pelé. High school students, supreme court justices, and Brazil’s newly inaugurated president, Luiz Inácio Lula da Silva attended the funeral, which included a Catholic Mass and a song titled “Eu sou Pelé” (“I am Pelé”).

Pelé was a beloved figure throughout Brazil and the world, credited with putting the country on the world stage for the first time. He led Brazil to three World Cup titles in 1958, 1962 and 1970, and remains one of the team’s all-time leading scorers with 77 goals. Neymar tied Pelé’s record during this year’s World Cup in Qatar. Pelé’s legacy will live on, and his casket will be taken through the streets of Santos before his burial on Tuesday.