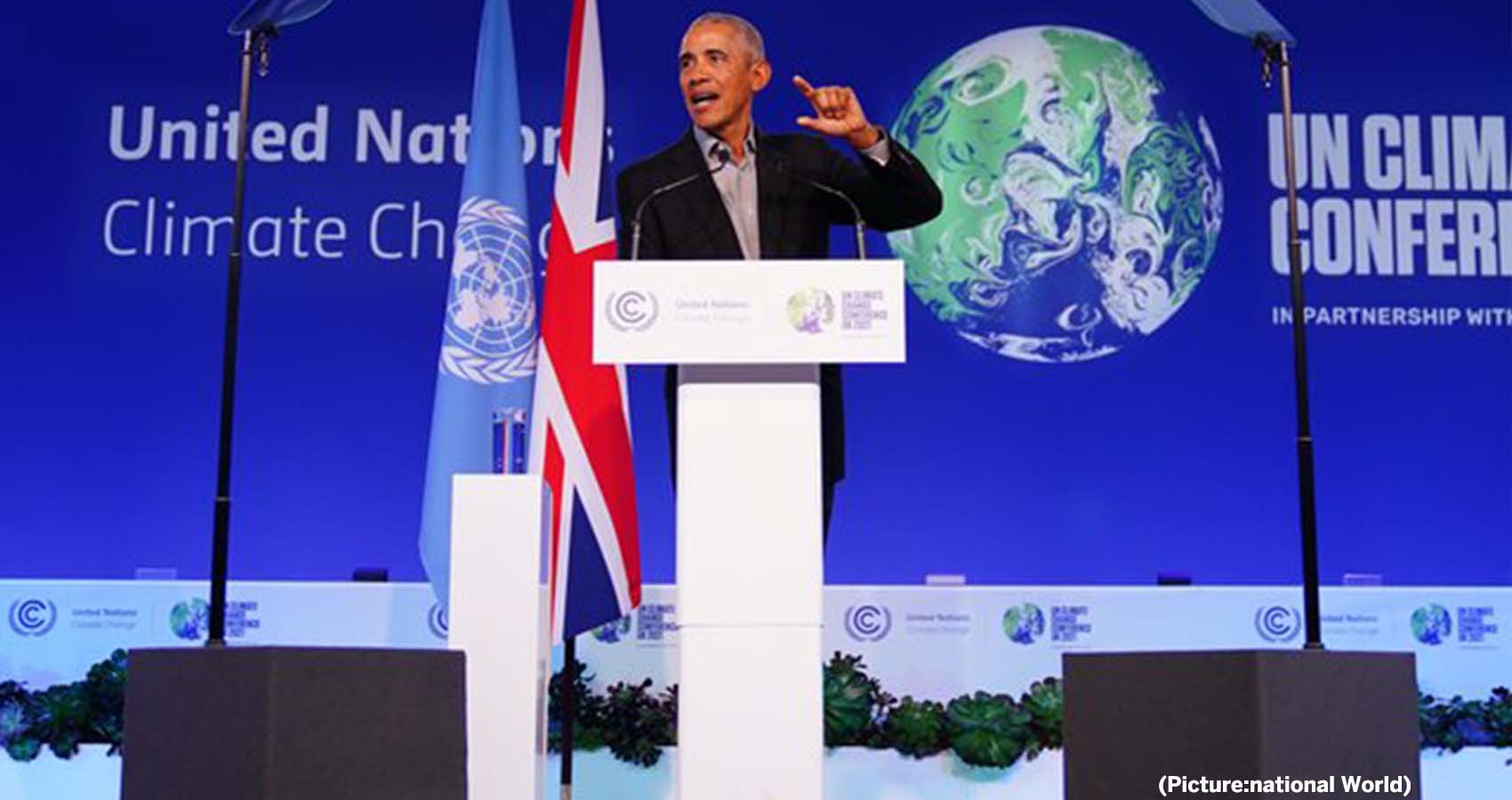 Former President Obama made an appearance at the U.N. Climate Change Conference (COP26) in Glasgow where he praised the global community for making “meaningful progress” on tackling the climate crisis, while warning “we are nowhere near where we need to be yet.”

Obama, whose administration helped negotiate the 2015 Paris Agreement that pledged to keep global warming below 1.5 degrees Celsius (2.7 degrees Fahrenheit), said nations “have not done nearly enough to address this crisis.” 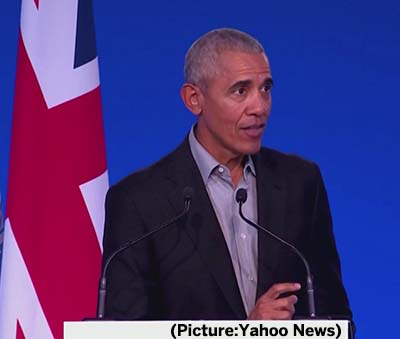 The 44th U.S. president commended the private sector’s push to set net-zero emissions targets and also touted emissions reductions targets set in the U.K. and the European Union, while pointing out the absence of Chinese and Russian leaders from the summit.

Agreeing with youth campaigners, Obama said “time is really running out.” “You are right to be frustrated,” he said. “Folks in my generation have not done enough to deal with a potentially cataclysmic problem that you now stand to inherit.”

Obama told U.N. delegates that he found it “particularly discouraging” to see the leaders of China and Russia skip the Glasgow talks. Minutes later, he called out Republican politicians back home for hindering progress on climate action.

Russian, Chinese and others’ “national plans so far reflect what appears to be a dangerous lack of urgency and willingness to maintain the status quo on the part of those governments, and that’s a shame,” he said. Obama arrived at the start of the crucial second week of the U.N. summit, as negotiators work to iron out the details of an agreement that will clarify and strengthen the 2015 Paris Agreement climate pledges.

He also sought to assure world leaders that the United States was indeed back at the negotiating table as a credible partner. “I recognize that we are living in a moment when international cooperation has atrophied – in part because of the pandemic, in part because of the rise of nationalism and tribal impulses around the world, in part because of a lack of leadership on America’s part for four years” under former U.S. President Donald Trump, who weakened climate protections.

Obama appeared on a panel with leaders from island nations vulnerable to climate-fueled sea level rise. Speaking directly to Obama, Fiji’s Prime Minister Frank Bainimarama noted that the United States and other developed nations failed to meet a 2020 deadline for offering $100 billion a year in promised funding for those countries. Rich nations now say the funds will be available in 2023.

“Among others, the USA is woefully short of paying its fair share of climate finance,” Bainimarama said. “Now we, the most vulnerable, are told to suck it up and wait.”

Obama tried to shine a light on progress made since the Paris deal, which his administration helped broker. But he acknowledged that deal was only meant as a starting point, with countries expected to “constantly ratchet up” their ambitions. “Most nations have failed to be as ambitious as they need to be,” he said.

Biden is “constrained in large part by the fact that one of our two major parties has decided not only to sit on the sidelines but express active hostility toward climate science,” Obama lamented. Obama said he is convinced that President Joe Biden, his former vice president, will get the U.S. Congress to pass a bill to spend $555 billion on climate change.