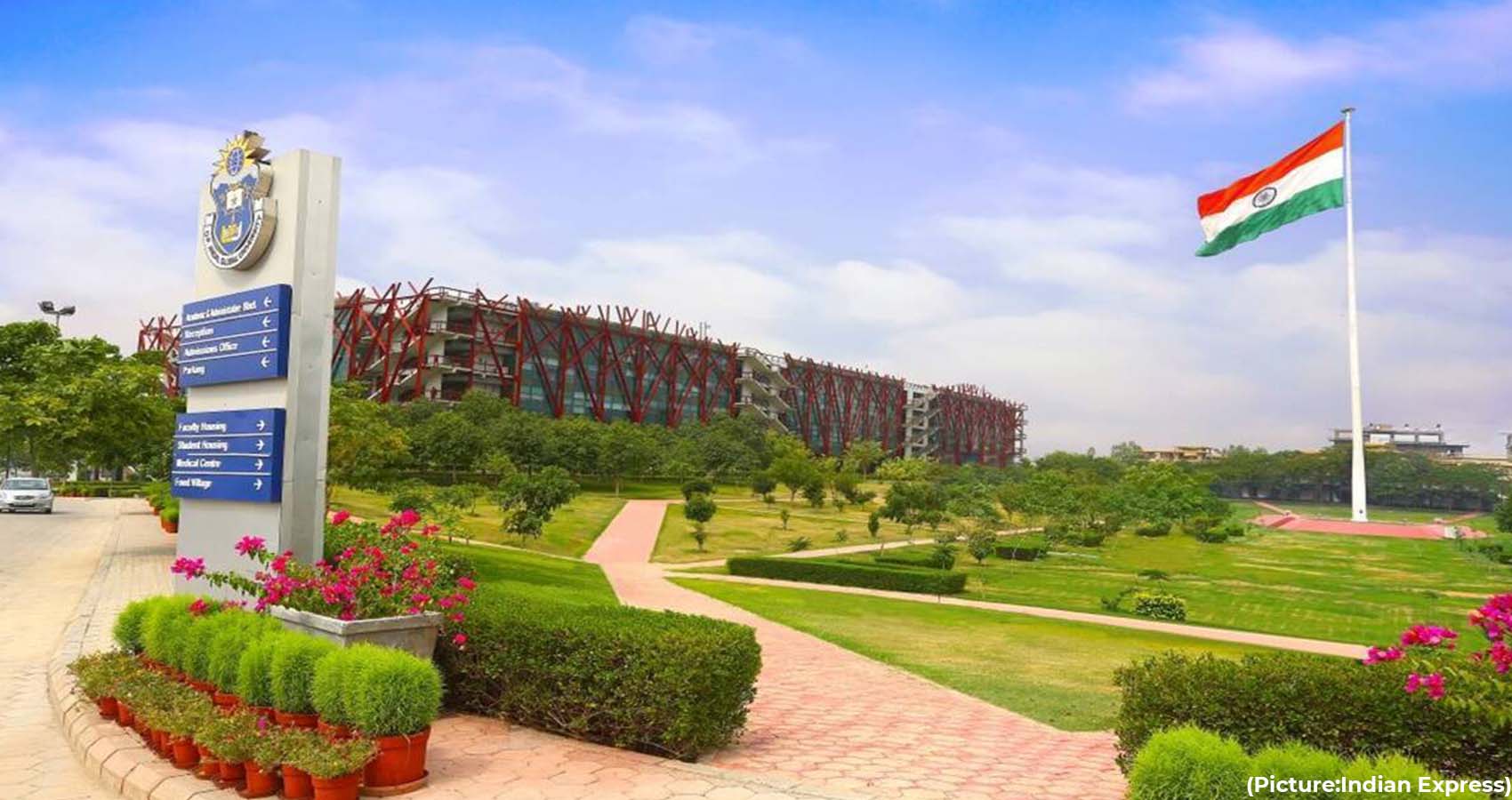 O.P. Jindal Global University (JGU) has emerged as India’s No. 1 Private University for the third year in a row, according to the QS World University Rankings 2023 that was released in New York.

London-based Quacquarelli Symonds (QS) has ranked a total of 41 institutions from India this year, including seven new entrants.

JGU is also India’s No. 1 ranked university with a focus solely on social sciences, arts and humanities, as per the influential QS World University Rankings 2023. Out of the 41 institutions which have beeed from India, 11 are IITs.

Remarkably, JGU is also the only Indian non-STEM and non-Medicine university to have found a place in the QS World University Rankings 2023.

. JGU is India’s No. 1 ranked university with a focus solely on social sciences, arts and humanities.

. JGU is the only Indian non-STEM and non-Medicine university to have found a place in the QS World University Rankings 2023.

. This is the third year in a row that JGU has been the highest ranked Indian private university in the QS World University Rankings.

. In faculty-student ratio, JGU is the second highest-ranked university from India.

. In international faculty ratio, JGU is the third highest-ranked university from India.

. JGU is ranked among the top 250 universities in the world in faculty-student ratio.

. JGU is ranked among the top 450 universities in the world in employer reputation.

“Out of the 41 institutions from India which have been ranked this year, seven are new entrants. It indicates a conscious effort by Indian higher education institutions to improve the quality of teaching and research to a level that matches global standards. If this trend continues, Indian universities will soon bring greater glory to the nation through global recognition.”

Speaking of JGU’s accomplishment, Jindal remarked, “To be recognised as India’s No. 1 private university for the third year in a row by the prestigious QS World University Rankings is quite an achievement for JGU. The fact that a non-STEM and non-Medicine university has emerged as India’s top private university year after year proves that the study of humanities and social sciences has tremendous relevance for employment generation as well as for creation of knowledge needed for solving the complex problems that the world faces today.

“I wish to congratulate the Vice Chancellor, faculty, and staff of JGU for their commitment to making world-class education in India possible for our students.”

“To be featured among the top 700 best universities around the world in this prestigious list that covers 100 locations and over 40,000 universities in the world is a matter of tremendous significance for JGU as the university has emerged as a top destination for world-class education in India within just 12 years since its founding. The fact that JGU has maintained its position as the No. 1 Private University in India for three years in a row amid the extremely challenging circumstances of the devastating global pandemic exhibits the resilience of the university’s strong foundations designed to foster academic excellence and create exciting new opportunities for our students”.

“JGU has improved its global rankings this year on the back of its excellent faculty-student ratio, employer reputation and international faculty ratio. The performance of JGU in the QS Global University Rankings 2023 underlines the importance of providing a global learning experience that caters to the aspirations of today’s youth. Internationalisation has at the very core of JGU’s mission to create open spaces for research, dialogue and innovation through interdisciplinary education and hands-on learning.

“It is this mission that has driven JGU to hire full-time faculty members from over 40 countries and collaborate with over 350 leading institutions spread across 65 countries around the world. We remain committed to further increasing international collaborations and improving the quality of teaching, research and learning outcomes,” Professor Raj Kumar said.

Commenting on the accomplishment, Professor Dabiru Sridhar Patnaik, Registrar, JGU, said, “As only those universities which shine on teaching and research quality make it to the QS World University Rankings, being recognised as one of the world’s Top 700 universities by QS puts JGU in a distinguished league of internationally acclaimed universities. The high employer reputation score of JGU also signifies that the university has been successful in providing our students with the necessary preparations needed for securing gainful employment.

Moreover, it underlines that the graduates produced by JGU have been competent, innovative and effective. What makes JGU an incredible institution that it is today is the spirit of public service with which it functions. We remain committed to
continue this tradition of institutional excellence in the coming years and decades.”