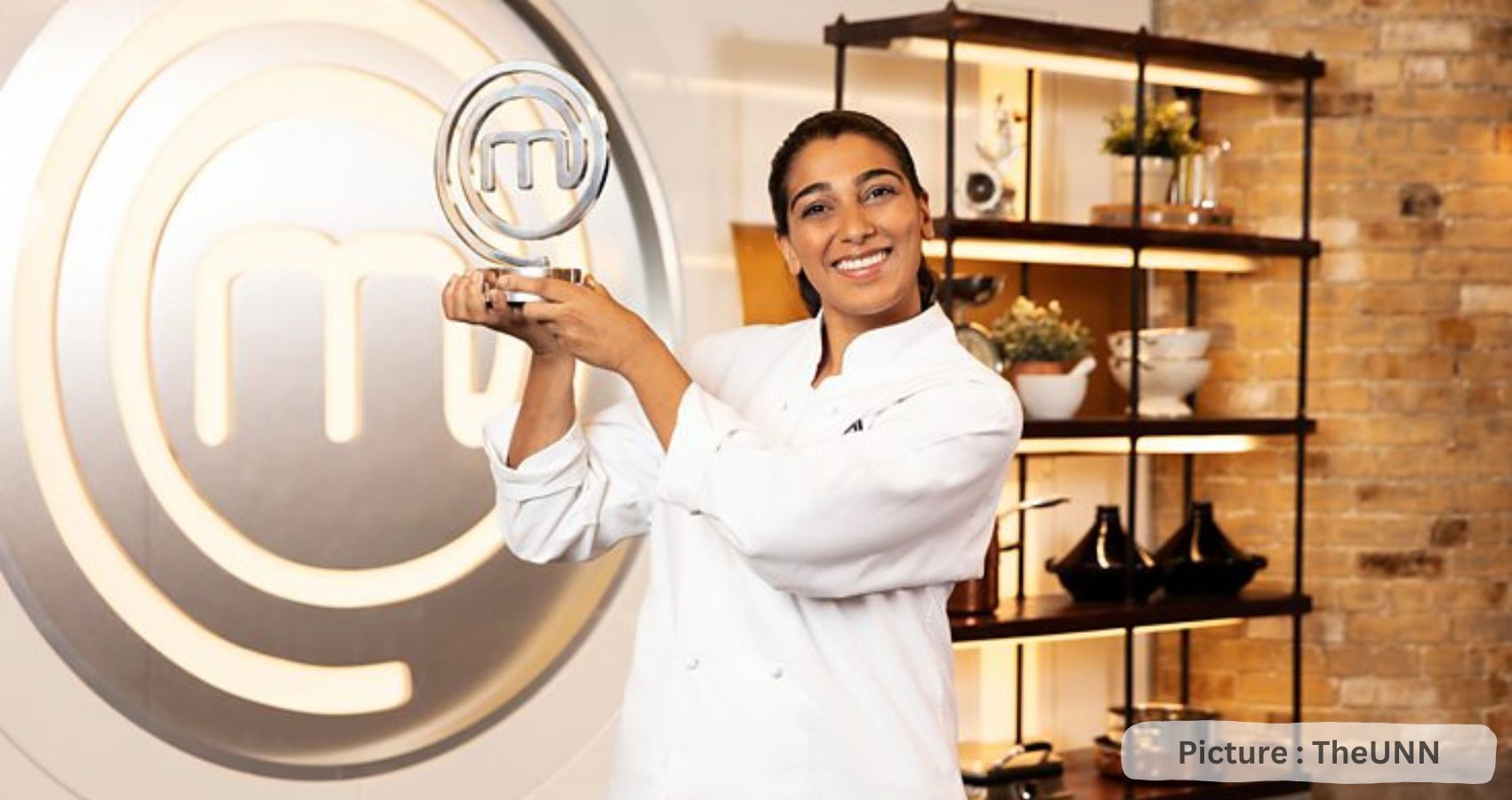 Nikita entered the prestigious competition alongside 31 other professional chefs, all aiming to achieve culinary perfection, cooking her way to the top after six weeks of increasingly demanding challenges. Nikita impressed Michelin-starred Marcus Wareing, acclaimed chef Anna Haugh and seasoned MasterChef judge Gregg Wallace with innovative, memorable dishes inspired from her travels, mainly around Asia. Critics and leading chefs also raved about Nikita and her food, with William Sitwell describing her as “a force to be reckoned with” and Michelin-starred Jun Tanaka said of her octopus starter at Chef’s Table: “You absolutely nailed it. It really took me back to when I was a child in Japan.”

Reacting to her win, Nikita said: “This is incredible and I can’t put it into words. It surpasses every achievement of my life. I don’t know how I’m going to top this. This is the peak, I think I’ve reached it!” Marcus Wareing commented: “She’s a chef that has grown right in front of our eyes. Her food has been sublime and she’s always come up with an amazing twist.”

Anna Haugh said: “Nikita is on the road to creating a very unique cuisine. And that is why she’s our champion. As soon as Nikita walked into the kitchen I could see she had class.” Gregg Wallace added: “Nikita is using food that she fell in love with from her own travels around Asia. That chef is completely and utterly in love with the food she’s producing. She opened up the larder of the world and brought us stunning dish after stunning dish.”

In an intense Final Week, Nikita was cooking against exceptional fellow finalists in increasingly tough culinary tasks and had to bring the very best creativity, technique and skill to the table, to outperform them. The challenges this week included the chance of a lifetime to cook for 20 culinary heavyweights at one of the most prestigious and unique cooking events in the country.

The finalists’ imaginations were also stretched as they were tasked with creating a plate inspired by a food memory, to transport the MasterChef judges to that time or place. Another formidable cooking challenge was to deliver a showstopping dish for a discerning dining room full of some of the UK’s leading food critics – Jay Rayner, William Sitwell, Leyla Kazim, Jimi Famurewa and April Jackson.

With the stakes at an all-time high, tonight’s exhilarating last challenge for the final three professionals was producing the best three courses of their lives, in just three hours. Tasting their way through the final menus, were judges Marcus Wareing, Anna Haugh and Gregg Wallace, who expected nothing less than the finest cookery on show.

Nikita’s winning menu started with Sea Bass cured in a Citrus Dressing, Smoked Aubergine Purée, Spicy Red Pepper Purée with Pomegranate, Preserved Lemon, Parsley Oil and a side of Aubergine Crisps. On tasting the dish, Marcus said: “This sings what you’re all about.”

Inspired by her favourite dish from her time in Thailand – Khao Soi – Nikita’s main course was Crispy Chicken Thighs, Tortellini filled with Chicken, Mushrooms and Coriander and Coriander Oil, topped with handmade Sev, finished with a Coconut Curry Sauce and a side of Crispy Chicken Skin dusted with Chilli Powder, topped with a Mango, Cumin and Onion Purée. Anna told Nikita: “When I’m eating this, I’m excited and delighted. To see you developing a dish like this is remarkable.”

To finish, Nikita served Cardamom and Custard Tart, Apricot poached in Honey Syrup, topped with a Honey Tuile and an Apricot, Honey and Lemon Sorbet, to which Gregg reacted with: “The whole thing is delightful.”

Anna added: “You have changed so much since the beginning of the competition. Now what we see before us is a stronger and incredibly capable chef. I’m incredibly proud of you.”

Derby-born Nikita grew up in a family for whom food was always a focus. She now lives in Clapham, London, with her mum, step-dad, sister and Dexter the dog. Nikita says: “I always cooked with my dad and my mum throws elaborate dinner parties with several courses. She also introduced me to the London food scene, taking me to Michelin-starred restaurants. But I’d never considered it as a career because my family is so academic.”

After her A-levels, instead of going to university to study Chemistry, Nikita decided to follow her passion and embark on cooking career. She trained with Westminster Kingsway College and at the end of her apprenticeship, travelled for nine months around Asia. This journey further awakened her appreciation for local flavours and styles of the region. She says: “Because I travelled, it opened up a whole different world of cuisine. It was amazing.” Although Nikita is classically trained and has worked in Michelin-starred kitchens across London ever since, her own food is heavily influenced by her experiences in Asia.

Talking about her time in the competition, Nikita said: “MasterChef is always something I’ve thought about, but never felt ready for. My family always wanted me to do it, especially mum. So I entered partly just to get her off my case! I decided this was the year because I’m now in a restaurant environment where I’m very comfortable and confident… but that’s dangerous! It was time to push myself that much further. The Chef’s Table was the most intimidating moment of the competition. Cooking for that room of people was such an immense challenge. I felt like I needed a shot of something strong before going out there to receive their feedback. Equally though, it was an amazing experience, and for it to be hosted in the hotel where I first joined this industry was utterly incredible.

“I didn’t let myself dream of getting to this point when I entered. I’ve given everything to this. Sleepless nights is an understatement!” Working as a Chef de Partie at the time of filming (now Junior Sous Chef) at Michelin-starred restaurant Kitchen W8 in London, Nikita is looking ahead: “Next, I’d love to do pop-ups and festivals to cook for as many people as physically possible. It would be brilliant to work alongside the other MasterChef finalists to do bespoke menus and events. My long-term goal is to be a chef-owner of a successful restaurant where I get to cook my own food every day. I’d want to foster a great working environment, much like my current workplace. Championing women in the industry, as well as creating a good work life balance, is so important to me.” (BBC.Com)