Notice: register_sidebar was called incorrectly. No id was set in the arguments array for the "Homepage Sidebar" sidebar. Defaulting to "sidebar-4". Manually set the id to "sidebar-4" to silence this notice and keep existing sidebar content. Please see Debugging in WordPress for more information. (This message was added in version 4.2.0.) in /home/universalmirror/public_html/theunn.com/wp-includes/functions.php on line 5311
 Mythili Sankaran And Serrena Iyer Featured Among Forbes ‘Culture 50 Champions’ - Universal News
Skip to content 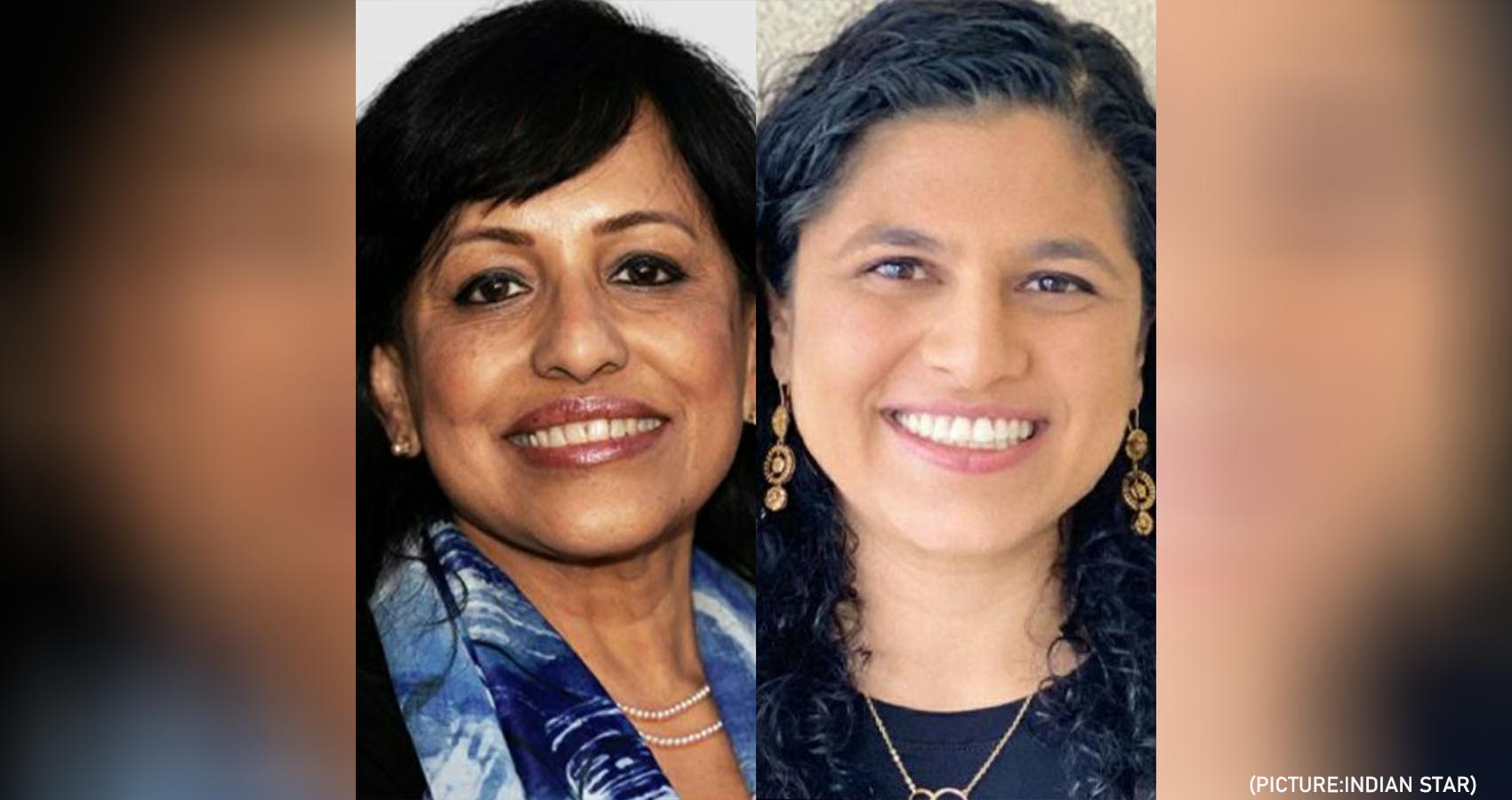 Forbes magazine recently announced its Culture 50 Champions, with Indian Americans Mythili Sankaran and Serrena Iyer among the honorees. The list honors Black and Brown industry leaders for their standout impact and service in underserved communities.

From tech innovators and TV executives to social justice activists and physicists, these 50 Champions are not only excelling in their fields, but they’re using their platforms to actively shift the narrative of overlooked and underserved communities, the magazine said.

“The champions on this list are not only driving their respective fields forward, but they’re effecting real change in Black and Brown communities by increasing access to their crafts, using their voices and resources to invest in underserved communities, and intentionally building community to eradicate the racial wealth gap and create Black generational wealth,” Ali Jackson-Jolley, assistant managing editor of Forbes, said in a statement.

The Culture 50 Champions list is broken down into three categories: Superstars; Blazing Stars; and Rising Stars. A strategic leader and angel fund investor, Sankaran is the co-founder and CEO of neythri.org, a professional network for South Asian women aimed at connecting them to the resources they need.

Forbes says that amid the COVID-19 pandemic, Sankaran “led her 2,000-member organization in hosting 100 events aimed at connecting women in business to the resources they need.” In March 2021, she also launched the Neythri Futures Fund, a venture fund that positions South Asian women as key stakeholders and investors, it said.

She currently works as an independent advisor and consulting CXO to early-stage startups and advises them on operations, product ideation, fundraising, and business development.

She is a member of several women-led investor networks that support women entrepreneurs and is actively involved in several non-profits focused on girls’ education. She serves on the Regional Board of Room to Read and is a mentor for the Duke Technology Scholars program and a global advisor to How Women Lead, her bio said. Sankaran has a master’s degree in physics from Texas Tech University and an Executive MBA certificate from the Wharton School at the University of Pennsylvania.

Iyer, who works at Netflix’s animation strategy department, is head of development at Off Their Plate’s Los Angeles branch. OTP is a volunteer corps of professionals, entrepreneurs, engineers and creatives working to build a more equitable food economy by empowering restaurant owners to cook nutritious meals that are donated to food-insecure communities, the bio notes.

Iyer told Voyage LA that she had only been in Los Angeles for a year and a half when the COVID-19 crisis hit.

“In the first couple weeks, I noticed classmates posting about Off Their Plate in other cities,” she said. She said OTP was launched in Boston, Massachusetts, on March 15, by her “incredible HBS (Harvard Business School) classmate, Natalie Guo.”

She told Voyage LA that when she read about OTP, she thought “it was an incredibly elegant way to help a lot of people.” When she messaged Guo to suggest a restaurant in Los Angeles, Iyer found out that the nonprofit had “just launched” in the city, and were looking for someone to take over running and growing the operation. That’s when Iyer joined them.

“Given I still have a day job that I love, I was a bit daunted by the task,” she told Voyage LA, adding that she realized “this was one of the most impactful ways I could personally help fight this crisis that’s affecting so many people. So I felt compelled to jump in and do my best.”

Calling it her “one of the most rewarding experiences.”

Iyer told Voyage LA of the growth OTP LA has made in a short time. “In only a few short weeks, our LA team has grown to be 25-strong, made up of folks ranging from management consultants and lawyers, to culinary students and college freshmen, every single one of them, an unpaid volunteer balancing OTP with work or school,” she said. “Because of this team and the broader OTP movement, we’ve grown rapidly. We are working with 25 hospitals/health clinics and 19 restaurants across the county,” according to the report.