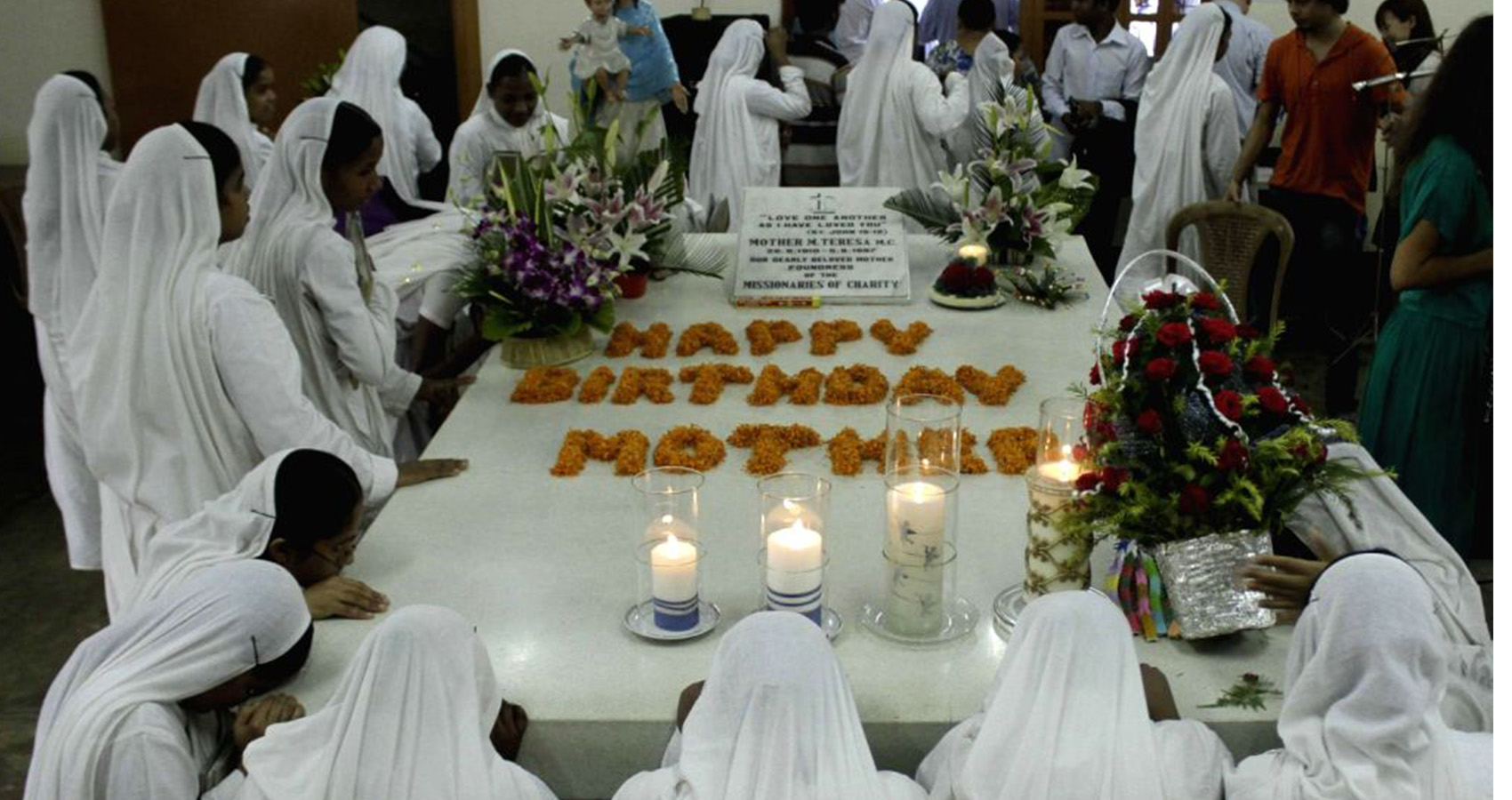 Millions of people around the globe celebrated the birth anniversary of Mother Teresa. Sister Mary Prema, Superior General of Missionaries of Charity, the order founded by Saint Teresa, lit candles as members of the Congregation prayed by her tomb in Kolkata, India, Thursday, Aug. 26, 2021. Thursday marked the birth anniversary of Nobel laureate Mother Teresa, a Catholic nun who spent 45-years serving the poor, the sick, the orphaned, and the dying. Founder of Missionaries of Charity, Mother Teresa was born on August 26, 1910. She left her home when she was mere 18 and devoted most part of life working for poor and downtrodden. The missionary founded by her looks after people who are dying of HIV/AIDS, leprosy and tuberculosis. In 1950, she started her own order, “The Missionaries of Charity” after receiving nod from the Holy See. The primary task of the society was to care for those persons nobody wanted to look after. Fifteen years later, the society became an International Religious Family. 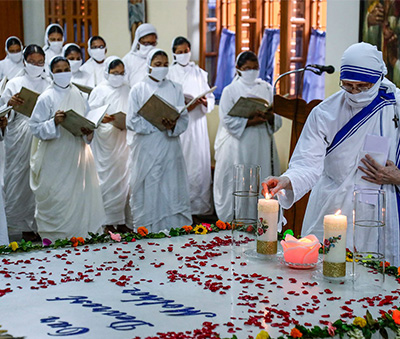 Mother Teresa also known as Saint Teresa of Calcutta, but her original name was Anjeze Gonxhe Bojaxhiu. The word “Anjeze” means “a little flower” in Albanian. In 1928, when Mother Teresa was just 18 years old, she left her family to devote her life into social service. She had joined the Sisters of Loreto at Loreto Abbey in Rathfarnhan, Ireland to learn English with the view of becoming a missionary. She never saw her mother or sister after leaving home. Mother Teresa arrived in India in 1929, when she was mere 19. She spent most of her life in India. Mother Teresa was baptized in Skopje a day after her birth. She later started to consider the day of her baptised, August 27, as her “true birthday”.

After arriving in India, Mother Teresa began her novitiate (the period of training and preparation that a Christian novice or member of a religious order undergoes prior to taking vows in order to discern whether he or she is called to vowed religious life) in Darjeeling. Mother Teresa learned Bengali and taught at St. Teresa’s School near her convent. She took her religious vows on May 24, 1931 and chose to be named after Therese de Lisieux, the patron saint of missionaries. Though a nun in the convent had already chosen the name, Agnes opted for its Spanish spelling – Teresa. Mother Teresa was disturbed by the poverty surrounding her in Calcutta. On September 10, 1946, Mother Teresa experienced what she later described as “the call within the call” when she travelled by train to the Loreto Convent in Darjeeling from Calcutta for her annual retreat.

Mother Teresa began missionary work with the poor in 1948. She replaced her traditional Loreto habit with a simple white cotton sari that had a blue border. Mother Teresa adopted Indian citizenship. She also spent several months in Patna to attain basic medical training at Holy Family Hospital and ventured to slums. In 1950, Mother Teresa founded the Missionaries of Charity, a religious congregation. While teaching poor children in Calcutta, Mother Teresa did not have any supplies or equipment to impart knowledge, yet she managed to teach the children to read and write by writing in the dirt with wooden stick

Mother Teresa rescued 37 children trapped in a front line hospital by brokering a temporary cease-fire between Israel and Palestine. Accompanied by Red Cross workers, she traveled through the war zone to the destroyed hospital to evacuate the young patients. She was fluent in 5 languages – English, Hindi, Bengali, Albanian, and Serbian. During her humanitarian missions, Mother Teresa suffered from numerous diseases and injuries. She had pneumonia, malaria, suffered two heart attacks, and even broke her collar bone. She worked for orphans, AIDS patients, refugees, blind, disabled, alcoholics, poor, homeless, victims of floods and epidemics and famine. Mother Teresa received more than 120 honors and awards during her lifetime including the Ramon Magsaysay Peace Prize in 1962 and Nobel Peace Prize in 1979. Mother Teresa was canonized at a ceremony on September 4, 2016 in St. Peter’s Square in the Vatican City.