By, Aidan Connaughton At PEW Research

Trust in Harris is lowest in Hungary, where only 23% say they have confidence in the vice president to do the right thing regarding world affairs. Hungary is also the country where the greatest share did not answer the question (36%). 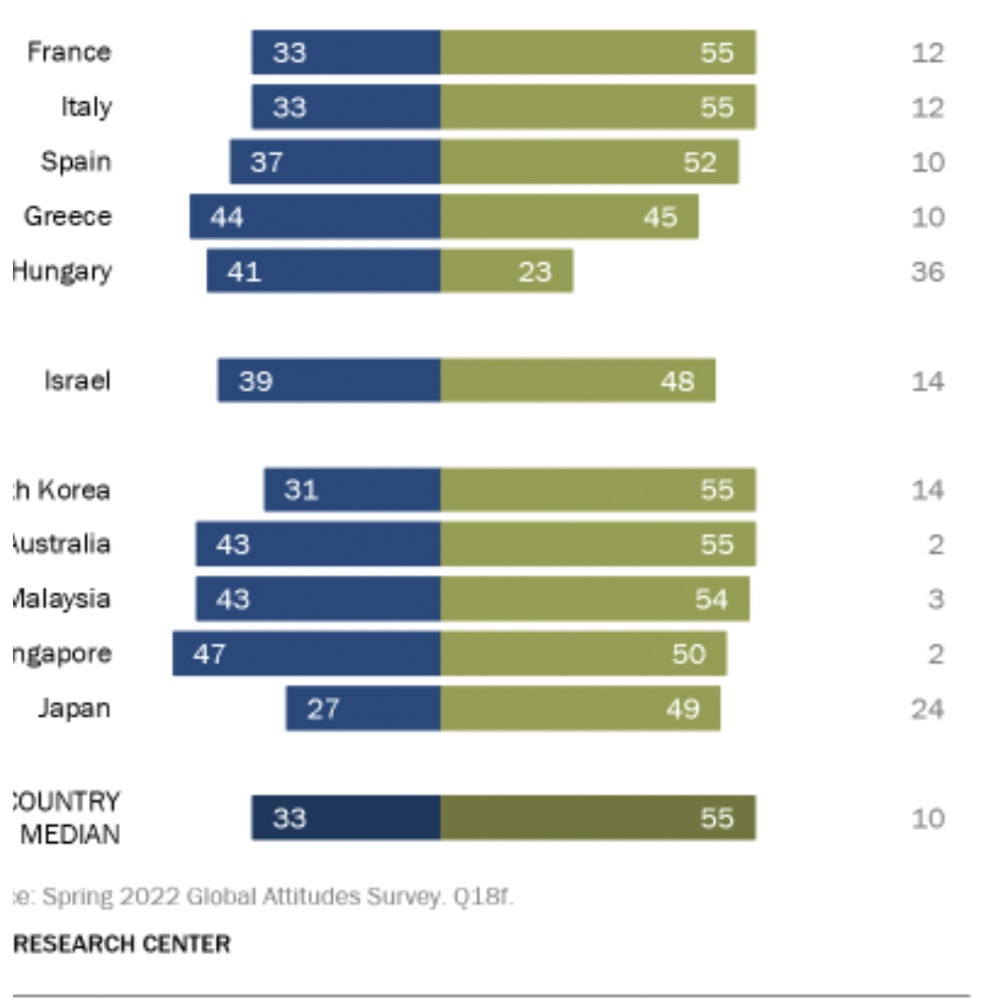 Harris has taken on a variety of internationally focused responsibilities during her time as vice president. Those responsibilities have included a high-profile trip to Europe at the beginning of the war in Ukraine and coordination of relations with Central American leaders to stem the flow of migrants coming to the southern border of the United States.

Confidence in Harris is tied to gender in some countries, with women significantly more likely than men to express confidence in her handling of world affairs. For example, 68% of Canadian women have a positive view of Harris, while only about half of Canadian men (51%) say the same. Significant differences between men and women also appear in Singapore, Australia, Italy, Malaysia, Sweden and the Netherlands. Ideology is also related to views of Harris in some places. In six countries, those who place themselves on the ideological left are significantly more likely than those on the right to have confidence in Harris. Greece is the only country where the reverse is true: 54% of Greeks on the ideological right are confident in Harris, compared with just 32% of those on the left.

In addition to gender, age and ideological differences in some places, views of Harris are closely related to views of the U.S. president.

For example, people in Sweden, the Netherlands and Poland report some of the most positive views of Harris, with around seven-in-ten or more saying they’re confident in her to do the right thing regarding world affairs. People in these countries also report some of the highest levels of confidence in Biden. On the opposite end of the spectrum, people in Hungary are the least likely to express confidence in both Harris and Biden.