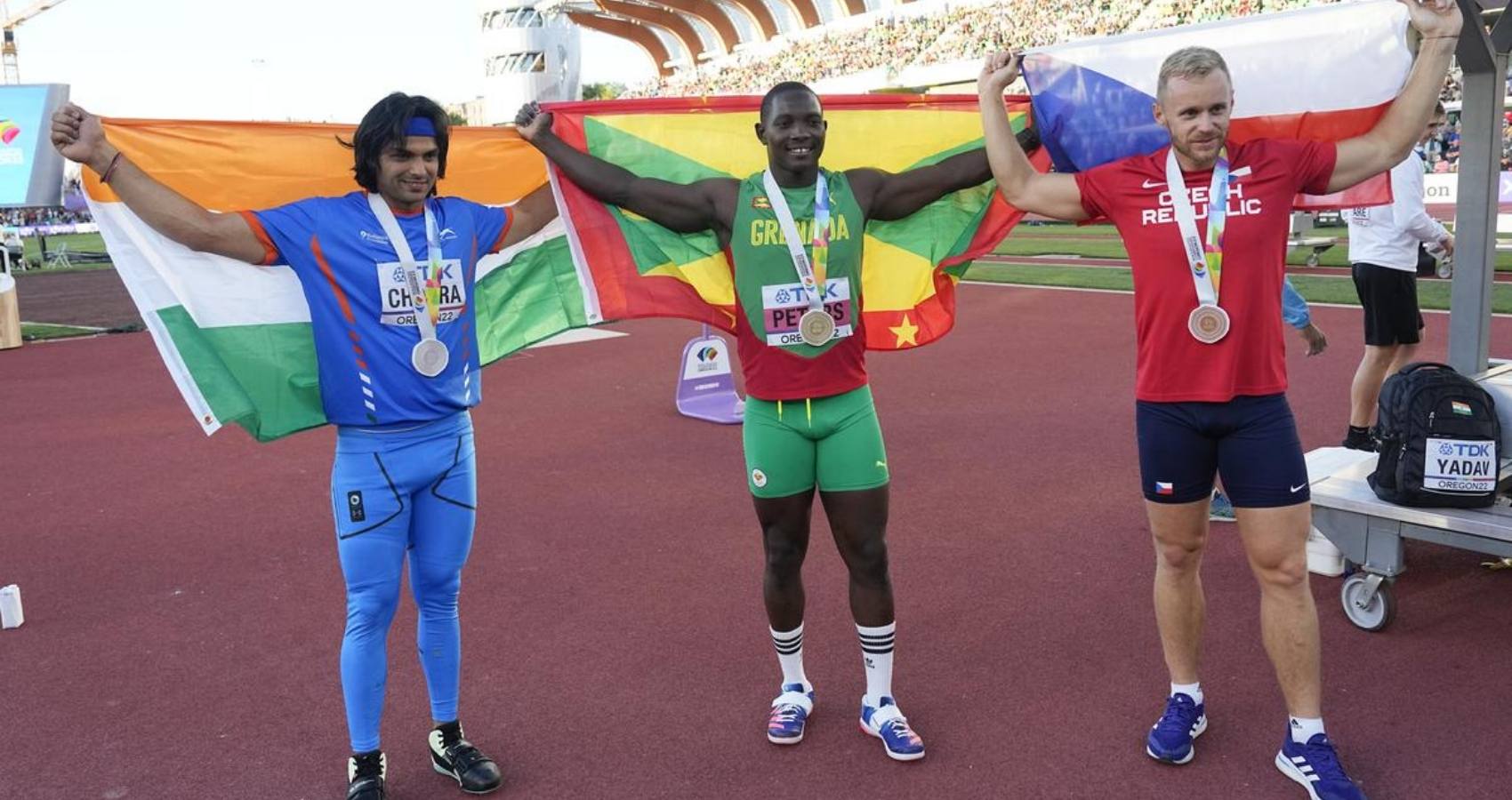 The Tokyo 2020 Olympics javelin throw champion won the country’s only second medal at the World Athletics Championships, finishing with a historic silver in the men’s javelin final. The reigning World Champion Anderson Peters of Grenada, who took gold with a humongous throw of 90.54m. Chopra’s throw of 88.13m in his fourth attempt secured him not only a podium finish but also ended India’s 29-year-long wait for a medal at the World’s after Anju Bobby George’s bronze medal finish in the women’s long jump way back in 2003. The legendary long jumper Anju Bobby George was the first Indian to win a medal — bronze — in the World Championships in the 2003 edition in Paris, France.

He is the first male track and field Indian athlete to win a medal at the World Championships, ending 19-year-long wait for a medal at the worlds. Chopra’s best effort of 88.13m in the final at the Hayward Field was short of Anderson Peters’ gold medal-winning mark of 90.54m. Tokyo 2020 silver medallist Jakub Vadlejch won the bronze with 88.09m. The 24-year old athlete earlier made the cut for the final courtesy an 88.39m mark in the qualification.

Chopra started with a foul throw and then registered 82.39m with his second attempt. He improved with his third attempt, when he threw the javelin 86.37m. He was still not set for a medal, but he registered a throw of 88.13m with his fourth attempt to shoot up to second place from fourth. His fifth and sixth attempts were foul throws. At the Tokyo Olympics last year, Chopra became only the second Indian to win an individual gold in the Olympics after shooter Abhinav Bindra, who clinched the yellow metal in 2008 Beijing Games.

Besides Neeraj, India’s second participant in the event Rohit Yadav bowed out finishing 10th with a best throw of 78.62m. Rohit’s first throw reached 77.96m, before he improved on it marginally by hitting the 78.05m mark. In what would turn out to be his third and final attempt, Rohit finished with his best effort of the competition but would overall be disappointed with his performance as he had had recorded a season’s and personal best of 82.54m while winning a silver at the National Inter-State Championships last month.