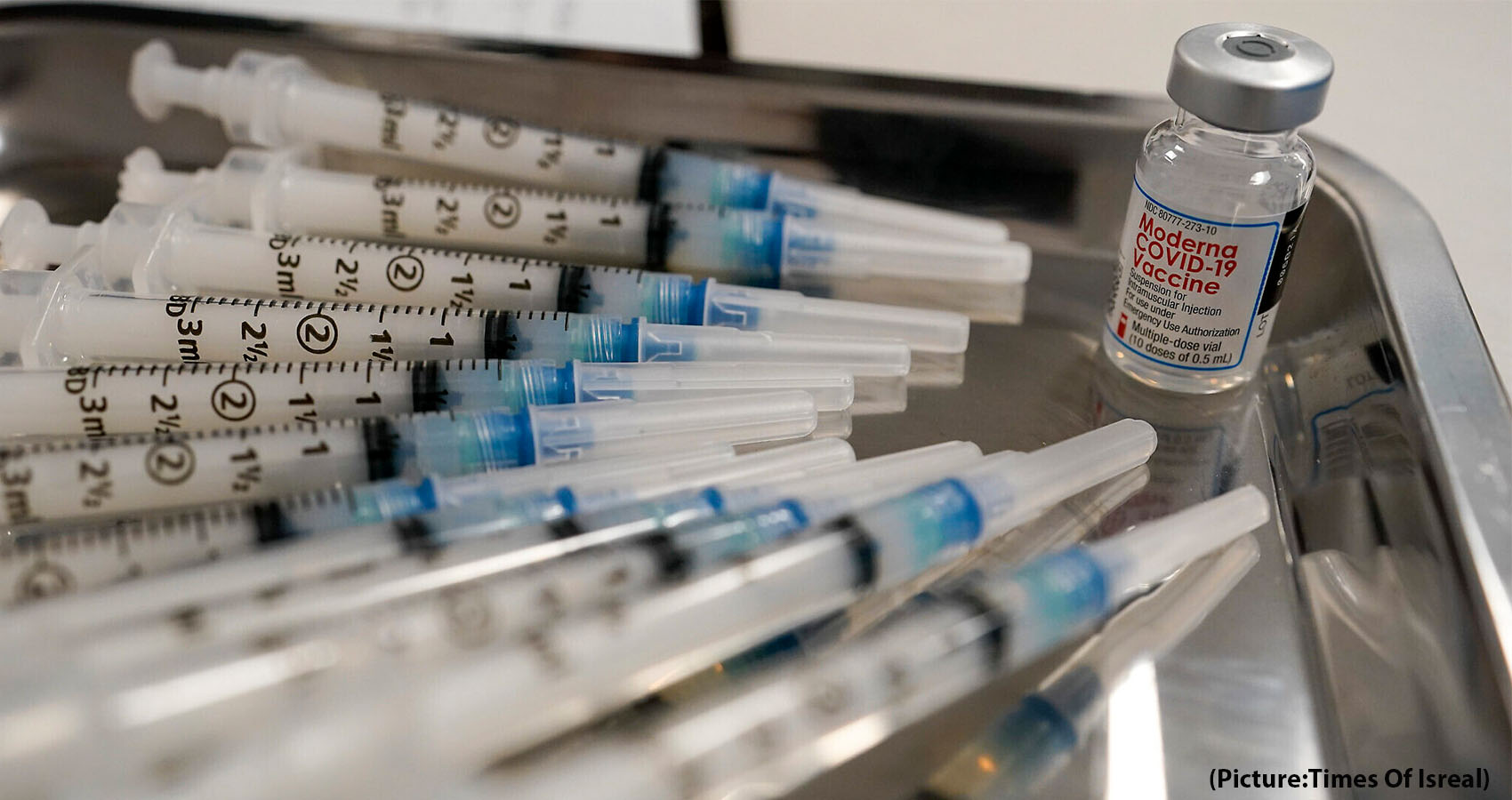 Moderna said its COVID-19 vaccine remained 93% effective through six months after the second shot, as it reported second-quarter earnings and revenue that beat expectations. A final analysis of the company’s late-stage study, described in a statement on Thursday, suggests the vaccine’s protection remains stable for long after recipients complete the standard two-dose regimen. The 93% effectiveness level is just short of the shot’s initial efficacy of 94%.

Concern that the effectiveness of COVID-19 vaccines could wane has stoked talk of booster shots, and some countries have begun to offer vulnerable people third doses. However, World Health Organization Director-General Tedros Adhanom Ghebreyesus called for a moratorium on such measures on Wednesday until more people in the developing world are inoculated. The recommendation could limit the reach of Moderna’s shot, called Spikevax.

Moderna’s latest efficacy data hasn’t been published in a medical journal and further details weren’t released. Despite the apparent endurance of its vaccine, Moderna is exploring options for supplemental shots that could fend off emerging strains of the virus.

All three of the company’s booster candidates produced “robust antibody responses” against delta and other variants of concern in a phase 2 human study, Moderna said in its statement. The boosters are being tested at a 50 microgram dose, or half what is used in the current shot. That data has been submitted to a journal for publication, the company said.

Cambridge, Massachusetts-based Moderna also said it expected to complete its submission for full Food and Drug Administration approval for its vaccine this month.

The agency is already reviewing the submission for a rival messenger RNA vaccine from Pfizer Inc. and BioNTech SE, and is under growing pressure to complete the process quickly. With the delta variant sparking a new wave of cases, advocates say an approval could help convince more people to get a shot.

Moderna, which reported its first profit earlier this year, had net income of almost $2.8 billion in the quarter ending June 30 on revenue of $4.4 billion, almost all of which is from its COVID-19 shot. Diluted earnings per share of $6.46 easily beat analysts expectations, according to a survey of analysts by Bloomberg, while revenue only slightly exceeded expectations.

The company said in the release it has signed $20 billion worth of COVID-19 vaccine purchase agreements for 2021, up from the $19.2 billion it announced in May. For 2022, it already has signed agreements for $12 billion in vaccine sales with options for $8 billion more. Moderna didn’t increase its forecast that it will produce 800 million to 1 billion COVID vaccine doses this year.

Moderna’s views for total sales of its COVID-19 vaccine pale in comparison to the Pfizer-BioNTech partnership, which has a higher manufacturing capacity for its shot. Last month, Pfizer boosted its vaccine sales forecast for 2021 to $33.5 billion.

Moderna’s shares have quadrupled since the beginning of the year, and the company hit $100 billion in market value for the first time July 14. The stock was made part of the S&P 500 last month and is the index’s best performer this calendar year.

As the biotech seeks to grow further, it will look opportunities to acquire or license technologies that could enhance its platform. Moderna, which has more than $12 billion in cash and investments, will focus on nucleic acid technologies, such as mRNA, gene editing, and gene therapy, the company said in a presentation.

Moderna has also built out its suite of leaders to double down on its commercial franchise. In the last quarter, the company hired Paul Burton, a former Johnson & Johnson executive, to serve as chief medical officer, and Ogilvy’s Kate Cronin as chief brand officer.