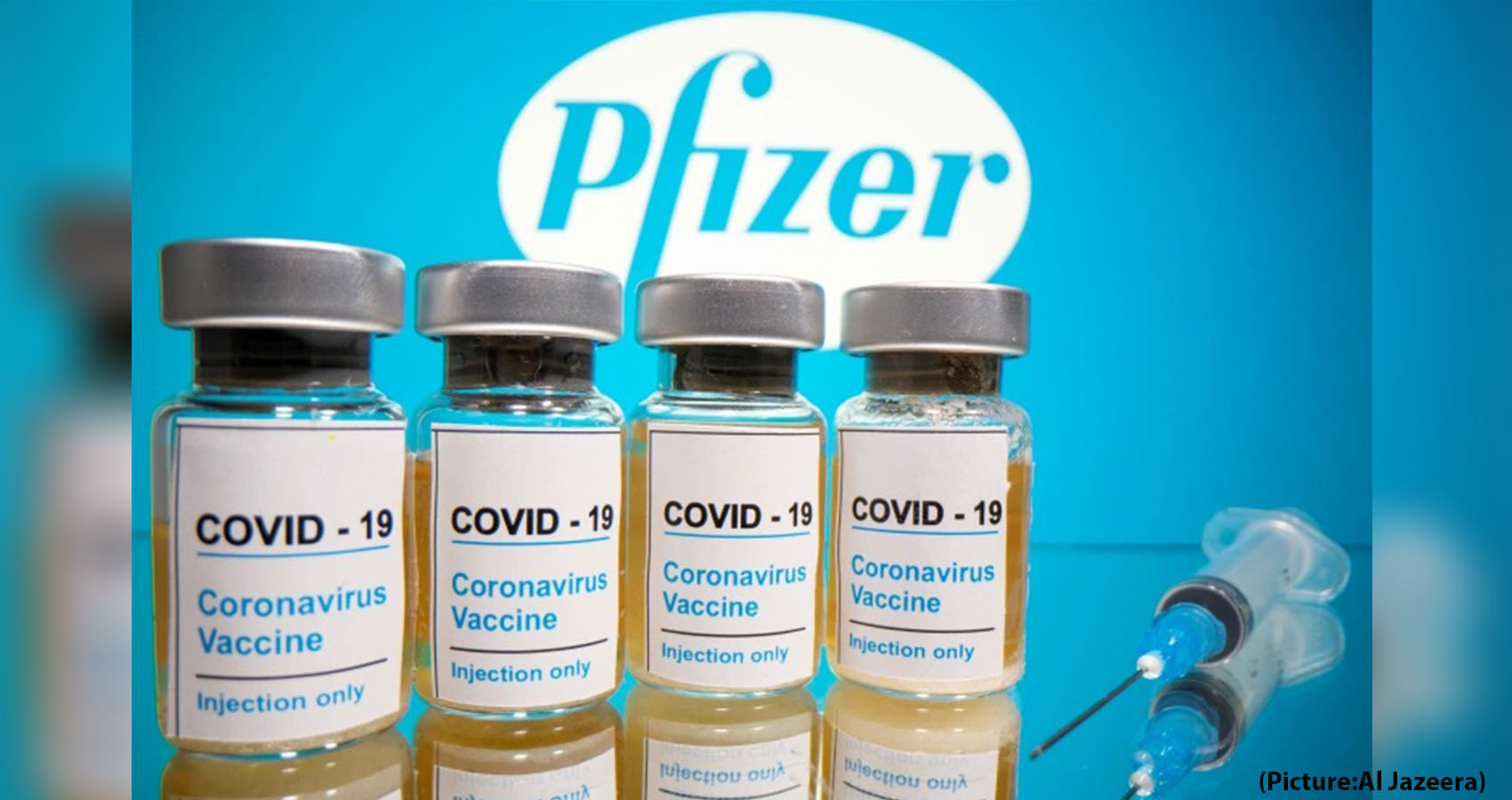 The Food and Drug Administration (FDA) has begun accelerating the process to fully approve the Pfizer-BioNTech COVID-19 vaccine, facing pressure to add resources from those who believe the lack of full approval is hampering efforts to get more Americans vaccinated. 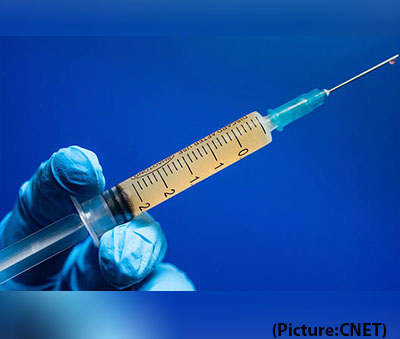 “We recognize that for some, the FDA approval of COVID-19 vaccines may bring additional confidence and encourage them to get vaccinated,” Abigail Capobianco, a spokeswoman at the FDA, said in a statement on Aug. 4. “Acknowledging the urgency related to the current state of the pandemic, we have taken an all-hands-on-deck approach, including identifying additional resources such as personnel and technological resources from across the agency and opportunities to reprioritize other activities, in order to complete our review to help combat this pandemic surge.”

President Joe Biden said last week he expects a fully approved vaccine by the early fall, but the FDA would not comment on the time frame.

Data show that being vaccinated dramatically reduces the risk of hospitalization or death following a COVID-19 infection. More than 192 million Americans have gotten at least one dose of the three vaccines that have been given emergency use authorization (EUA) in the U.S., made by Pfizer-BioNTech, Moderna and Janssen/Johnson & Johnson, without widespread side effects, data show. But now the number of Americans fully vaccinated against COVID-19 has begun to stall with about 92 million people over age 12 still unvaccinated, according to U.S. Centers for Disease Control and Prevention (CDC) data. Meanwhile, the more contagious Delta variant of the virus is spreading rapidly among the unvaccinated population.

The spike in COVID-19 cases in states that have low vaccination rates has threatened to claw the U.S. back into the worst of the pandemic, and it creates a looming political liability for Biden. On Aug. 3, Biden gave a sober speech from the East Room of the White House, saying the country’s “best line of defense” against the virus “is the vaccine.” “It’s as simple as that. Period. The vaccine,” he said.

But as Biden attempts to mount more aggressive vaccination efforts to stave off the spread of the highly transmissible Delta variant, the fact that the FDA has yet to fully approve any of the vaccines is threatening to slow progress. About 30% of unvaccinated people say they would be more likely to get a shot with full FDA approval, according to recent polls from the Kaiser Family Foundation. While the pollsters warn that may be a “proxy for more general concerns,” some doctors and public health experts in areas with low vaccination rates also say they frequently hear the FDA’s emergency authorization cited as a reason people remain hesitant to get the shot.

The Biden Administration has said all civilian federal employees must be vaccinated against COVID-19 or submit to regular testing, and many hospital systems and universities, as well as a number of large private employers like Walmart, Google, and Disney, have begun to follow suit.

The Justice Department’s Office of Legal Counsel recently released an opinion saying federal law does not prohibit companies from requiring vaccines even if they are under emergency authorization, and courts have generally upheld vaccine mandates.

But some employers and organizations have been reluctant to make similar requirements while the vaccines are still under emergency authorization. A number of public educational institutions—including the State University of New York and Colorado State University systems—have said they will mandate vaccination for students once a vaccine is fully approved. In other parts of the country, Republican politicians have used the lack of full approval to block vaccine requirements from being put into place. In Texas, for example, Republican Gov. Greg Abbott signed an executive order on July 29 preventing any organization that receives state funds, including public universities, from requiring vaccines under emergency use authorization.

Health systems have also taken a mixed approach. Mass General Brigham, which employs 80,000 workers in Massachusetts, said it will require employees to get vaccinated once the FDA issues its full approval for at least one of the vaccines, as did Beaumont Health, the largest health care system in Michigan. Other large health systems like Cleveland Clinic, Intermountain Health, and Christus Health have not put in place vaccine requirements and say they are still monitoring the situation.

“We need to see a full approval before we’ll do another evaluation of thinking about a requirement in the future,” says Dr. Sam Bagchi, executive vice president and chief clinical officer at Christus. He notes that the health system is already facing “unprecedented staffing challenges” due to many health care workers quitting or taking early retirement during the pandemic. If his hospitals required workers to get vaccinated now, he fears it would push workers away at a time when they need more staff due to rising COVID-19 cases.

Long-term care facilities are in a particularly precarious position. LeadingAge, the national trade group for non-profit nursing homes and other aging services, recently called for its members to require employees to get vaccinated against COVID-19 as vaccination efforts have stalled in places where the virus devastated residents and staff last year. But Katie Smith Sloan, the group’s president and CEO, says she knows many of her member facilities can’t afford to lose staff who aren’t ready to get vaccinated. “We’re already facing acute shortages, particularly nursing assistants and nurses in long-term care, home health, nursing homes, and assisted living,” she says. She hopes that an FDA approval will make more workers volunteer to get vaccinated and encourage more facilities to require it.

Even the U.S. military is still weighing what to do. It has not yet required that its 1.3 million active duty personnel be vaccinated, and senior military medical officials are watching the FDA approval process closely. Secretary of Defense Lloyd Austin is consulting with medical experts and still weighing whether to request approval from Biden to require vaccines, Pentagon spokesman John Kirby said on Aug. 3.

The FDA typically completes a priority review, like it is conducting for Pfizer, in six to eight months. Pfizer says it submitted a rolling application in May and Moderna—which manufactures one of the other approved COVID-19 vaccines—says it submitted a rolling application in June, meaning both companies could turn in portions of their applications while continuing to collect data. The process is “moving forward as rapidly as possible in keeping with the high-quality complete assessment that the public expects from the FDA,” said FDA spokeswoman Capobianco.

The COVID-19 pandemic was the first time that the FDA granted emergency use authorization to a vaccine for widespread use. The EUA designation was developed after the Sept. 11 attacks and originally intended for potentially lifesaving medicines or other products during an emergency like a terrorist attack or a more acute disease outbreak. To get an EUA for the COVID-19 vaccines, manufacturers had to follow special guidelines that included submitting two months of clinical trial data, along with information about the quality and consistency of the vaccines—and the FDA had to establish that the “potential benefits outweigh the known and potential risks” of the vaccine.

For full approval, the FDA must review significantly more data and make a larger determination that a vaccine is ready to be licensed, according to Dr. Jesse Goodman, former chief scientist at the FDA and a professor at Georgetown University. This involves analyzing hundreds of thousands of pages of material about the clinical trials, manufacturing processes and how the vaccines have functioned in the real world since the agency authorized it for emergency use. Regulators will check the vaccine manufacturer’s data and perform their own analyses to verify the vaccine’s efficacy, how that efficacy might decline over time and any evidence of potential side effects. They will also inspect manufacturing plants to ensure high levels of quality control—a particularly complex job given that these vaccines used new technology, Goodman says. He notes the FDA “has historically been under-resourced” and that there are a limited number of people with the appropriate expertise to review these new vaccines.

While all that can take time, public health experts are calling for more transparency from the agency as the U.S. struggles to convince a significant portion of its population to take the lifesaving shot. “It’s been a black box,” says Dr. William Schaffner, an infectious disease professor at Vanderbilt University Medical Center. “Particularly since we’re dealing with a pandemic and the taxpayers of the United States are paying for this vaccine, I think having the leadership of the FDA be more explicit about what the process is, and why it’s taking so long, would be at the very least instructive.”

But some worry hastening the approval process could backfire. Peter Marks, director of the Center for Biologics Evaluation and Research at the FDA, warned in a letter to the New York Times last month that “any vaccine approval without completion of the high-quality review and evaluation that Americans expect the agency to perform would undermine the F.D.A.’s statutory responsibilities, affect public trust in the agency and do little to help combat vaccine hesitancy.”

Dr. Arnold Monto, a professor of epidemiology at University of Michigan who chairs the committee of outside experts that advises the FDA on vaccines, including for COVID-19, agrees. “They’re trying as hard as they can,” he says, “given the constraints that they’re working under.”

The U.S. government’s top infectious disease expert, Dr. Anthony Fauci, said last week that he was hopeful the Food and Drug Administration will give full approval to the coronavirus vaccine by month’s end and predicted the potential move will spur a wave of vaccine mandates in the private sector as well as schools and universities.