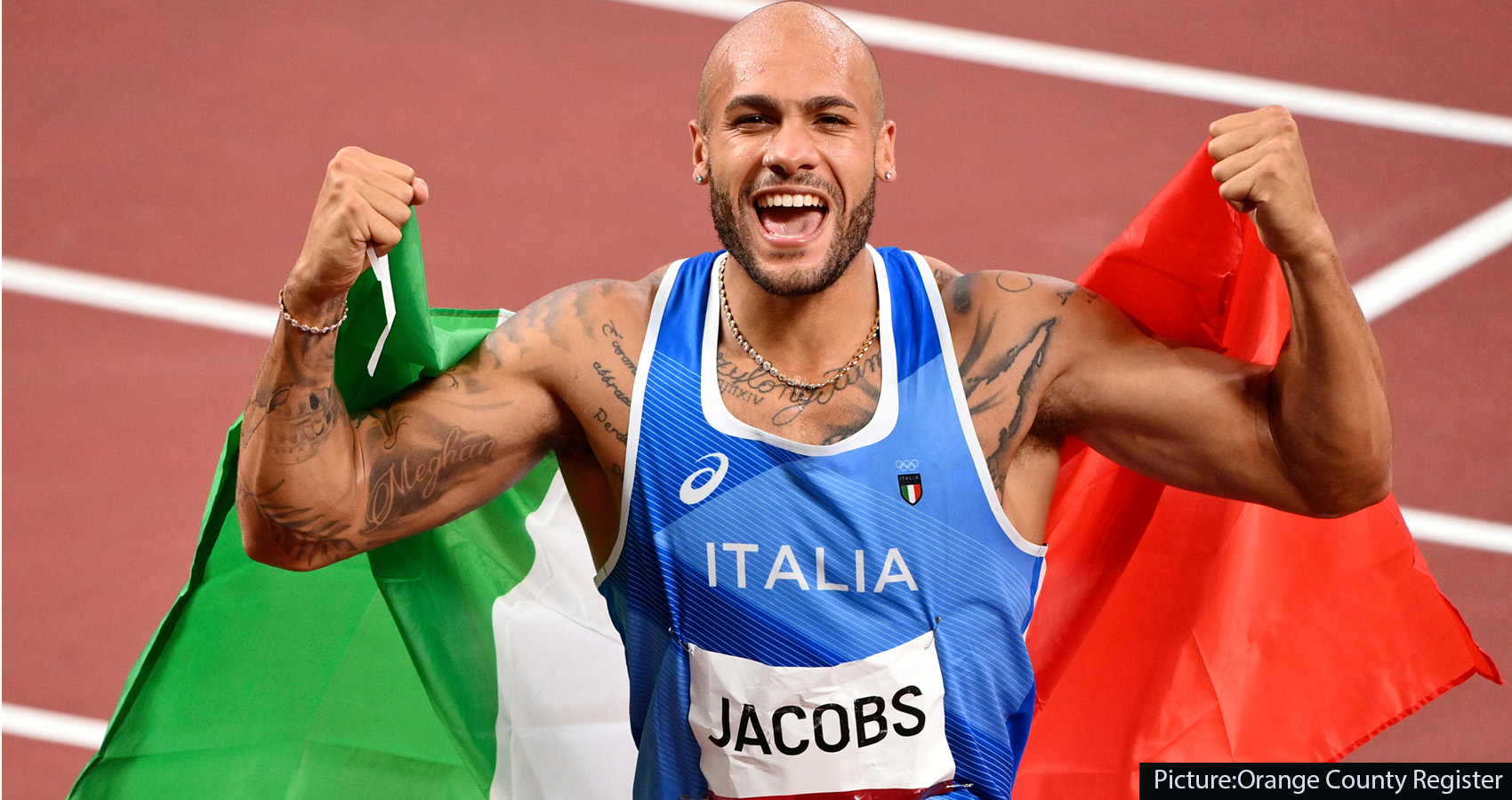 Elaine Thompson-Herah of Jamaica has been crowned officially the fastest woman in the world — again — after winning the 100 meters at the Tokyo Games in Olympic record time. She was the defending gold medalist in this event. 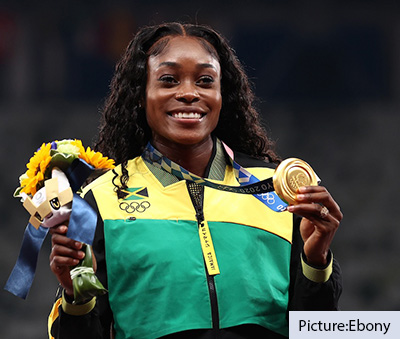 “I knew I had it in me, but obviously, I’ve had my ups and downs with injuries,” she said Saturday, referring to a persistent ailment in 2018 and 2019. “I’ve been keeping faith all this time. It is amazing.”

Marcell Jacobs of Italy is the surprise victor of the fastest track race at the Tokyo Olympics, the men’s 100 meter. Jacobs beat his personal best time and put his star solidly on the map in the blazing fast race. He was not well-known in the track world before today, making it to the semi-finals of this event in the 2019 World Athletics Championships. After his victory, he gleefully hugged his teammate, high jumper Gianmarco Tamberi.

The other medalists also broke their personal records. The U.S.’s Fred Kerley, a 26-year-old from San Antonio, Texas, took silver with a time of 9.84, four hundredths of a second behind Jacobs. Canada’s Andre de Grasse won bronze.

Legendary retired Jamaican sprinter Usain Bolt has owned this event, winning gold in the 2008 Beijing Games, the 2012 London Games and the 2016 Rio de Janeiro Olympics. U.S. sprinter Ronnie Baker, 27, came back from a hamstring injury that kept him out of competition for much of 2019. He placed fifth in the final.

Fraser-Pryce, who won the event at the Olympics in Beijing and London, came into the event trying to become the first woman to win three gold medals at this distance. The 34-year-old clocked the fastest time in the heats to qualify for the final, with a time quicker than her gold medal races.

But Thompson-Herah took control of the final race right off the blocks and straight through the finish line. At the end, she screamed in joy and jumped up and down before collapsing on the track. “I couldn’t find the words. I screamed so loud because I was so happy,” she said.

It was a sweep for Jamaica, with Shelly-Ann Fraser-Pryce taking silver and Shericka Jackson taking bronze. About a minute after the race finished, the other Jamaican medalists came over and gave her a quick pat on the back.

Besides Thompson-Herah and Fraser-Pryce, just two other women have won two golds in this event — Wyomia Tyus, who competed for the U.S. in the 1960s, and Gail Devers, a U.S. athlete who won her golds in the 1990s. U.S. runner Teahna Daniels, 24, ran a personal best time to make it into the race. She placed seventh.