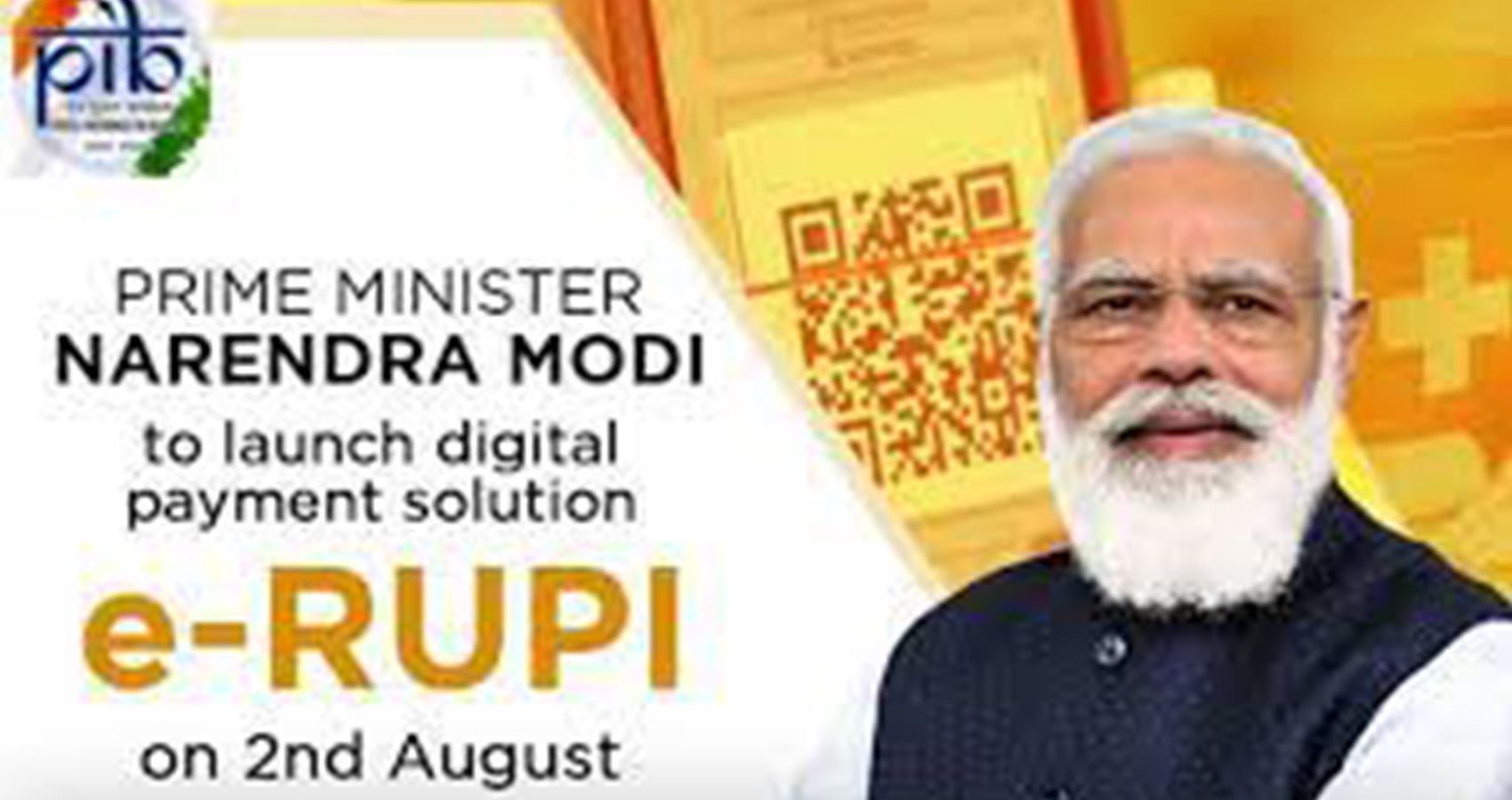 (E-RUPI Digital Payment Solution is a cashless and contactless instrument for digital payment. It is a QR code or SMS string-based e-Voucher, which is delivered to the mobile of the beneficiaries) 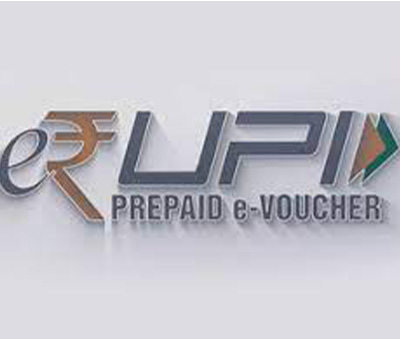 Prime Minister Narendra Modi launched digital payment solution e-RUPI, a person and purpose specific cashless digital payment solution, via videoconference on Monday, August 2, 2021. Speaking on the occasion, he said the eRUPI voucher was a symbol of how India was progressing by connecting people’s lives with technology. He expressed happiness that this futuristic reform initiative had come at a time when the country was celebrating the Amrit Mahotsav on the 75th anniversary of Independence.

e-RUPI is a cashless and contactless instrument for digital payment. It gets delivered to the mobile phones of beneficiaries through a QR code or SMS string. The users of this new one-time payment mechanism will be able to redeem the voucher without a card, digital payments app or internet banking access, at the service provider.

The platform has been developed by the National Payments Corporation of India (NPCI) on its unified payments interface (UPI) platform, in collaboration with the Department of Financial Services, Ministry of Health and Family Welfare (MoHFW) and the National Health Authority.

The PMO in a recent statement said that e-RUPI can be used for delivering services under schemes meant for providing drugs and nutritional support under Mother and Child welfare schemes, TB eradication programs, drugs and diagnostics under schemes like Ayushman Bharat Pradhan Mantri Jan Arogya Yojana, fertilizer subsidies etc. It added that even the private sector can leverage these digital vouchers as part of their employee welfare and corporate social responsibility programs.

Speaking at the launch of the new platform, Modi said that the e-RUPI voucher is going to play a major role in strengthening the direct benefit transfer (DBT) scheme by the government. He further said e-RUPI will help in assuring targeted, transparent and leakage-free delivery for all.

He said that the work done in the field of digital infrastructure and digital transactions across the country during the past 6-7 years is being applauded by the world today. He added that the government is using direct benefit transfer to provide benefits of 300 schemes ranging from LPG to ration to pension directly to beneficiaries.

In addition to the government, he stated, if any organization wanted to help someone in their treatment, education or for any other work, then they would be able to give an eRUPI voucher instead of cash. This would ensure that the money given by him was used for the work for which the amount had been given.

The Prime Minister observed, “eRUPI will ensure that the money is being used for the purpose for which any help or any benefit is being provided’’. There was a time when technology was considered a domain of the rich people and there was no scope for technology in a poor country like India. “Today we are seeing technology as a tool to help the poor, a tool for their progress,’’ he pointed out.

Modi asserted how technology was bringing in transparency and integrity in transactions and creating new opportunities and making them available to the poor. For reaching today’s unique product, the foundation was prepared over the years by creating the JAM system, which connected mobile and Aadhaar. “Benefits of JAM took some time to be visible to people and we saw how we could help the needy during the lockdown period while other countries were struggling to help their people,’’ he stressed.

The development of digital transactions had empowered the poor and deprived, small businesses, farmers and tribal population. This could be felt in the record 300 crore UPI transactions in July, amounting to ₹6 lakh crore, he highlighted.

India was proving to the world that “we are second to none in adopting technology and adapting to it” through innovations and use of technology in service delivery. The country had the ability to give global leadership alongside major countries of the world, he added.