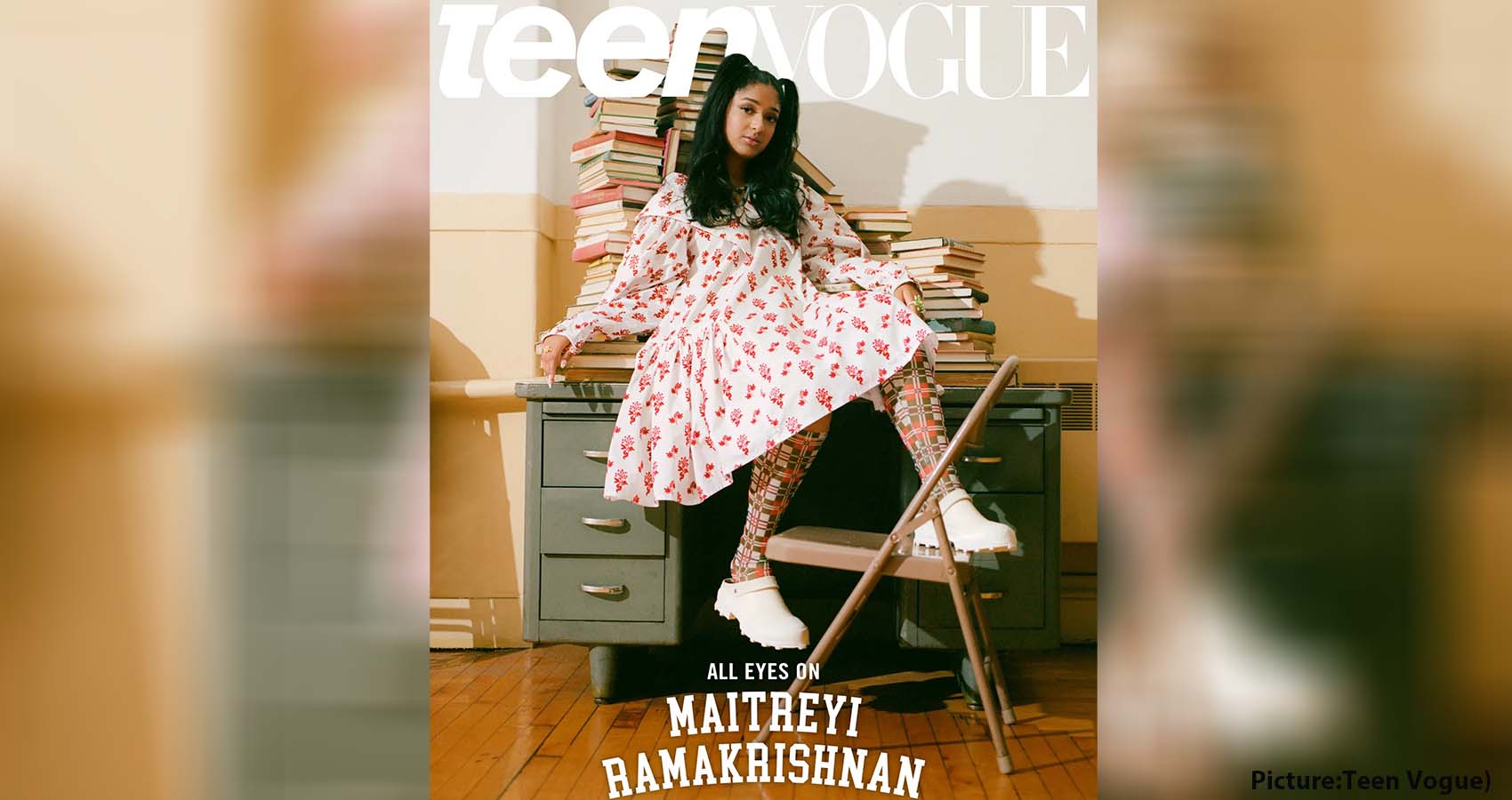 ‘Never Have I Ever’ star Maitreyi Ramakrishnan is the second person of South Asian descent to grace the cover of the popular Teen Vogue magazine solo. Versha Sharma, who is the editor-in-chief of Teen Vogue described Maitreyi as a rising star on her post on Instagram.

Sharma, who is the first South Asian American Editor-in-Chief of Teen Vogue, wrote alongside the cover: “My first cover for @teenvogue is here and I could not be happier that it’s @maitreyiramakrishnan, rising star and hilarious talent, looking extra fashionable, surrounded by books. It’s classic brown girl vibes + back to school all in one.”

Maitreyi, now 19, started filming the show shortly after she graduated high school in Mississauga, Ontario, where she was born and raised after her parents arrived in Canada as refugees from Sri Lanka. Before the show, she was a typical Canadian high school senior, with a résumé populated by school musicals (she played Velma in Chicago) and hopes of pursuing acting in college. The spring before graduation, her best friend sent her Mindy Kaling’s tweet about an open casting call, and the friends, due for a hangout, decided it would be fun to meet and film tapes to submit. Never Have I Ever was the first major production Maitreyi auditioned for, but fast-forward to six tapes and two flights from Ontario to California, and she landed the lead.

A post from a New York-based media portal The Juggernaut, wrote on the photo-sharing website: “At 19 years old, @maitreyiramakrishnan has made history as only the second person of South Asian descent to grace the cover of @teenvogue solo.” With Maitreyi, Poorna Jagannathan and Richa Moorjani leading the cast, ‘Never Have I Ever’ is a coming-of-age story that examines Indian culture against an American backdrop. (IANS)