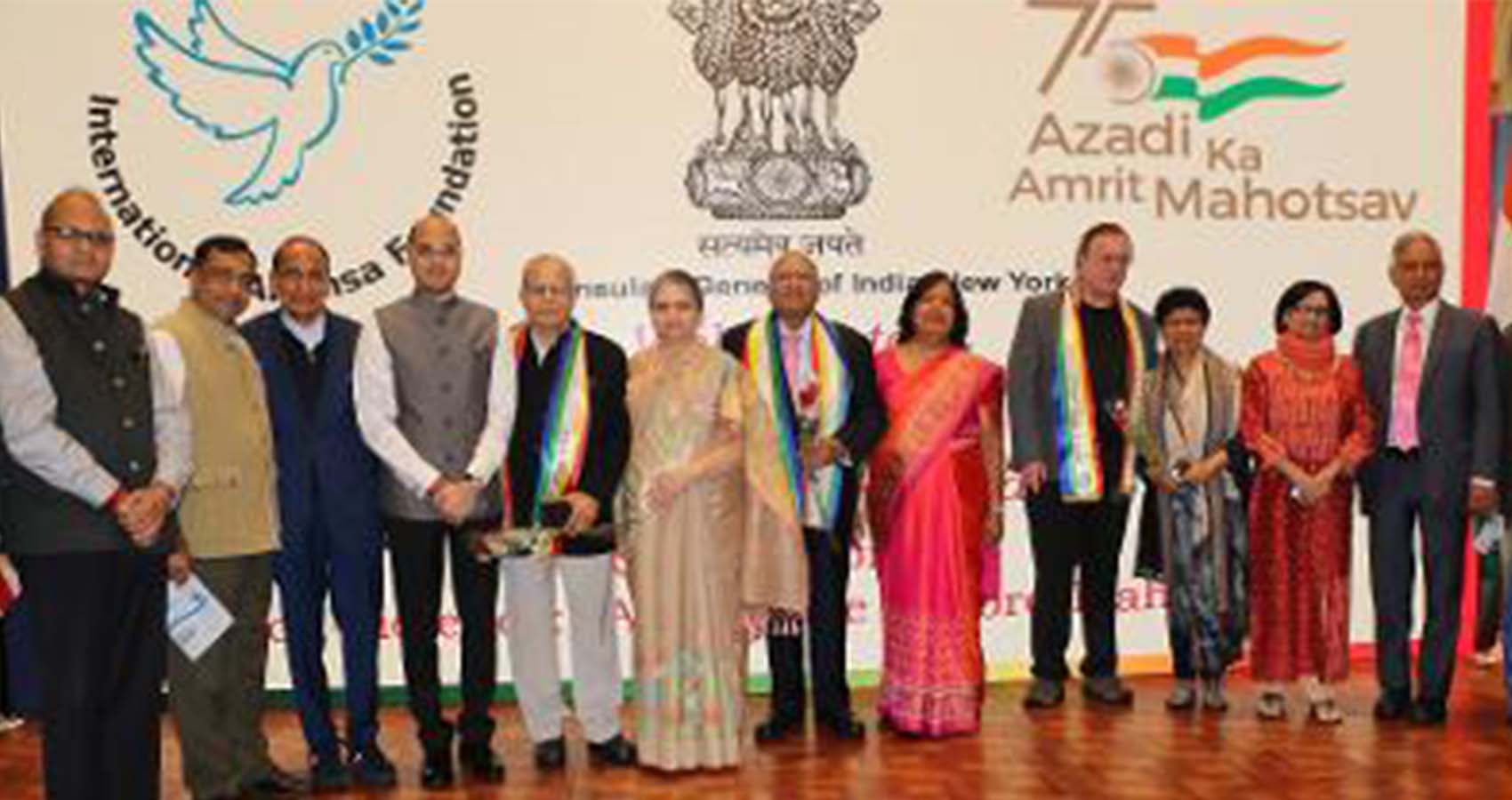 A trailer of the movie “Tirthankar Mahavir, Ahimsa-the Ultimate Dharma” Directed by Surbhi Pandya and Produced by Digambar Jain Sangh of Northern California on the life and teachings of Lord Mahavir was played for the scores of attendees at the event. 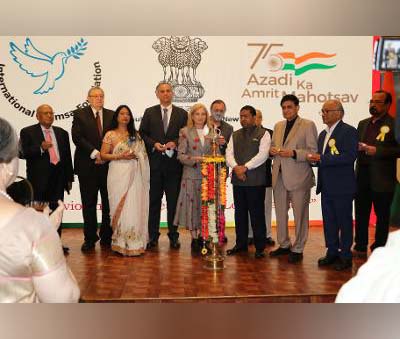 Dr. Jain dwelt on Lord Mahavir who was born in 599 B.C. during the program entitled, “Non-Violence “A Message of Lord Mahavir” on this his 2,620th birth anniversary. She noted the 5 basic principles of Jainism – Non-violence, truthfulness, non-stealing, self-control, and non-possession. She stressed on teaching children the 5 Jain principles to make the world a better place. She also said the Lord Mahavir is the one who told the wotld that “Non-Violence is the Supreme Religon”

On this occasion of organization’s 10th anniversary three people were honored with “Ahimsa Award”for their extra ordinary contributions to society–  Mr.Haridas Kotahwala in business field, Dr. Subhash Jain in medical field and Prof. Jeffery Long in education field who was also a Guest Speaker “All three honorees are purveyors of peace and align with our mission to spread Lord Mahavir’s message of “Live and Let Live,” Dr. Jainsaid. Dr. Parikh thanked those present and thanked Dr. Jain for the honor of speaking. “Lord Mahavir message was very simple, do not harm plants, animals and human beings,” Dr.  Poarikh said.

Congresswoman gave her condolences to 10 African Americans massacre in Buffalo by an 18 year old White man and also expressed her condolences for 27 people who died in a fire accident in India”. “It is so important for us to stand together as diverse communities against violence” Rep. Meng said. Consul General Jaiswal also said that “ Mahavir’s message of Non-violence is more relevant in today’s time.” 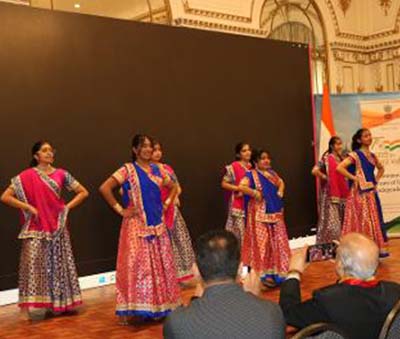 Sister Sabita from Brahma Kumaris at U.N. led the gathering in a moment of contemplation and meditation through breathing exercises. Ambassador Nitzan in his speech, also said on how leaders in several countries had followed the teachings of nonviolence and Ahimsa, which if adhered to by everyone, would not lead to tragedies like the killings in Buffalo or the war in Ukraine. Consul General Jaiswal said he has a special connection to Lord Mahavir because he was born in the same town, Trishala, in Bihar. The Consulate celebrates Mahavir Jayanti every year, he noted, but this year it was even more important as it was part of the Azadi ka Amrit Mahotsav, India’s 75th independence year. “Walk on the path of Lord Mahavir so that we can build a better world to live.

The International Ahimsa Foundation Inc., was founded in 2012 with the goal of spreading the message of non-violence and peace based on Jain teachings throughout the world. The foundation’s mission has been to promote nonviolence and peace teachings in thought and action across cultures through discourse, peace-building activities, and civic involvement. The foundation wants to inspire students and the general public to participate in making the world a better place

Rhythm Dance Academy. Mr. Rajeev Pandya Chair, Advisory Board of IAF thanked all the sponsors, media partners and volumteers. At the end Jain lunch was served for attendees!