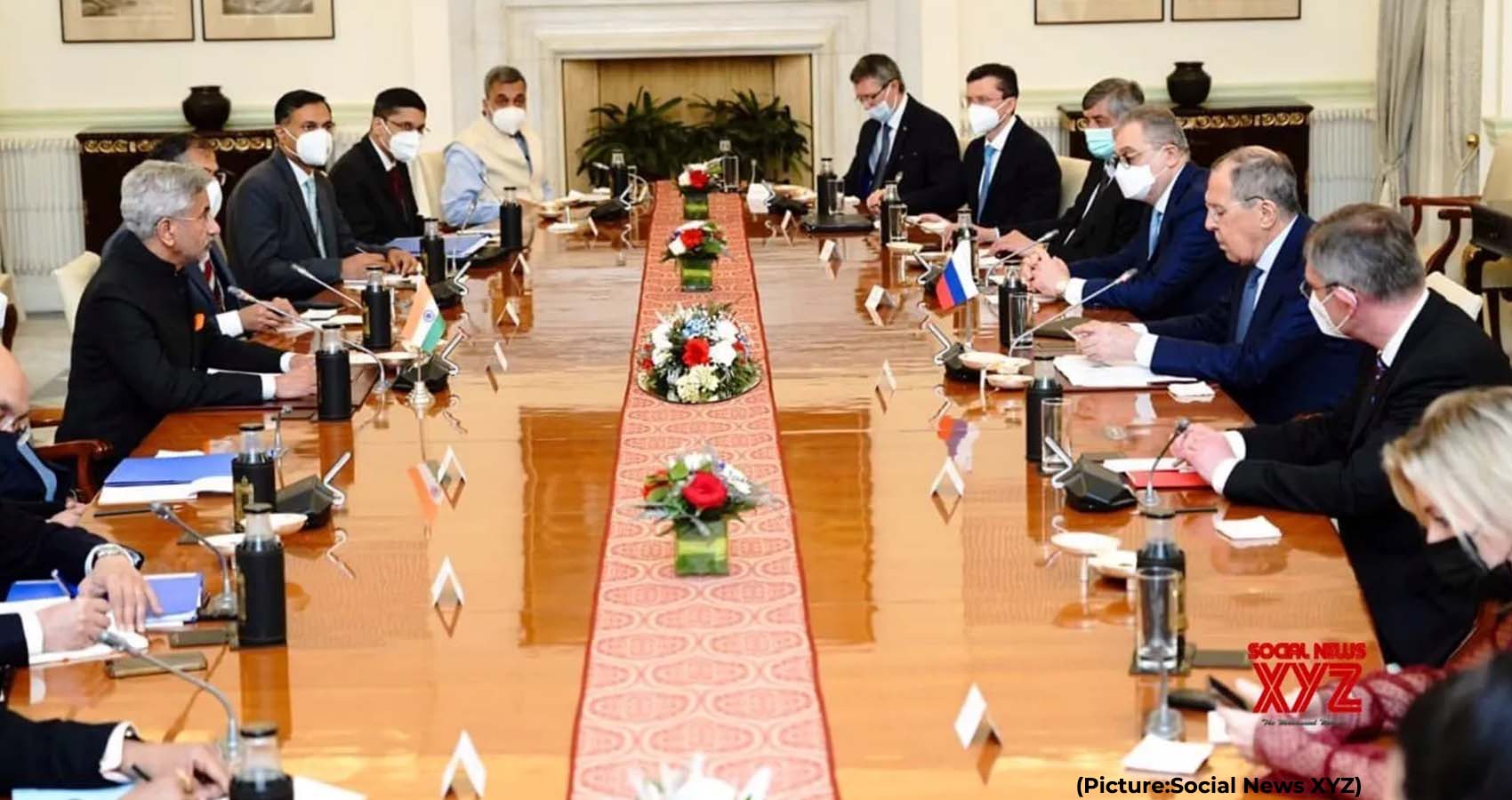 Indian External Affairs Minister Subrahmanyam Jaishankar and Russian Foreign Minister Sergey Lavrov met at Hyderabad House in New Delhi on Friday, April 1, 2022, just a day after the US warned of consequences for countries attempting to “circumvent” American sanctions against Moscow and stated that ties between the two countries have sustained them through difficult times in the past.

Russia’s foreign minister lauded India for not judging in a “one-sided way” as he discussed Moscow’s military involvement in Ukraine with his Indian counterpart, after Washington urged New Delhi to use its leverage with Russia to end the war. Jaishankar emphasized the importance of a cessation of violence but avoided condemning Russia’s invasion of Ukraine.

“Differences and disputes should be resolved through dialogue and diplomacy and by respect for international law, the U.N. Charter, sovereignty and territorial integrity of states,” he said.

Lavrov praised India for judging “the situation in its entirety, not just in a one-sided way.” He expressed hope that mutual respect in search of a balance in ties will prevail in the future.

The Russian Foreign Ministry tweeted that both the leaders held bilateral talks. Lavrov arrived in New Delhi on Thursday evening after concluding a two-day visit to China. Ahead of the meeting, Jaishankar said their talks are taking place in a “difficult international environment quite apart from the pandemic”. 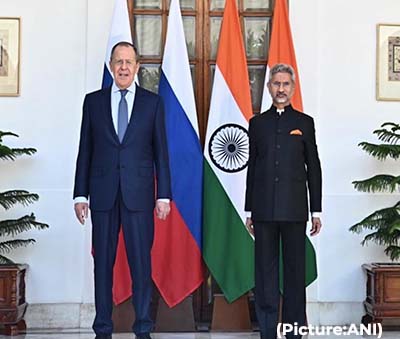 “India, as you are aware, has always been in favor of resolving differences and disputes through dialogue and diplomacy.  In our meeting today, we will have an opportunity to discuss contemporary issues and concerns in some detail. I look forward to our discussions,” the External Affairs Minister said.

Jaishankar also noted that 2022 is an “important year in our bilateral relations as we mark the 75th anniversary of the establishment of our diplomatic relations”. “Despite the Covid related difficulties, last year turned out to be one of intense bilateral activity that included holding the inaugural 2+2 meeting and, of course, the 21st Annual Summit.”

He further said that Prime Minister Narendra Modi and Russian President Vladimir Putin have been in “regular touch and have spoken to each other on multiple occasions this year”.

“Our bilateral relations has continued to grow in many areas and we have diversified our cooperation by expanding our agenda.”

Since the start of war, India has been facing pressure from the West and its allies to take a stronger stand against Russia. As the war between Russia and Ukraine cost India’s military capabilities dearly with delivery of many platforms like nuclear powered submarines, Grigorovich class frigates, Fighter jets, Triumf S-400, AK 203 assault rifle and others were expected to delay.

Lavrov also met Prime Minister Narendra Modi and briefed him on the situation in Ukraine, including ongoing peace negotiations, the Indian foreign ministry said. Modi urged an “early cessation of violence, and conveyed India’s readiness to contribute in any way to the peace efforts,″ it said in a statement. Asked by journalists if Modi could mediate between Moscow and Kyiv, Lavrov replied, “I haven’t heard about such talk, frankly speaking. Given India’s position of a just and rational approach toward international problems, it can support such a process. No one is against it, I think,” he said.

India was Moscow’s ally during the Cold War but has since sought to maintain ties with both Russia and Western nations. Experts say up to 60% of Indian defense equipment was acquired from Russia. In the early 1990s, about 70% of Indian army weapons, 80% of its air force systems and 85% of its navy platforms were of Soviet origin. India is now reducing its dependency on Russian arms and diversifying its defense procurement, buying more from the United States, Israel, France, and Italy. But Indian energy dependency on Russia remains a factor in relations

U.S. State Department spokesperson Ned Price said the U.S. expects India to use its relations with Russia to help end the war in Ukraine. “Different countries are going to have their own relationship with the Russian Federation. It’s a fact of history, it’s a fact of geography. That is not something that we are seeking to change,“ Price told reporters in Washington. He said the U.S. is looking for its friends and allies to speak in unison and loudly against the “unjustified, unprovoked, premeditated Russian aggression.”