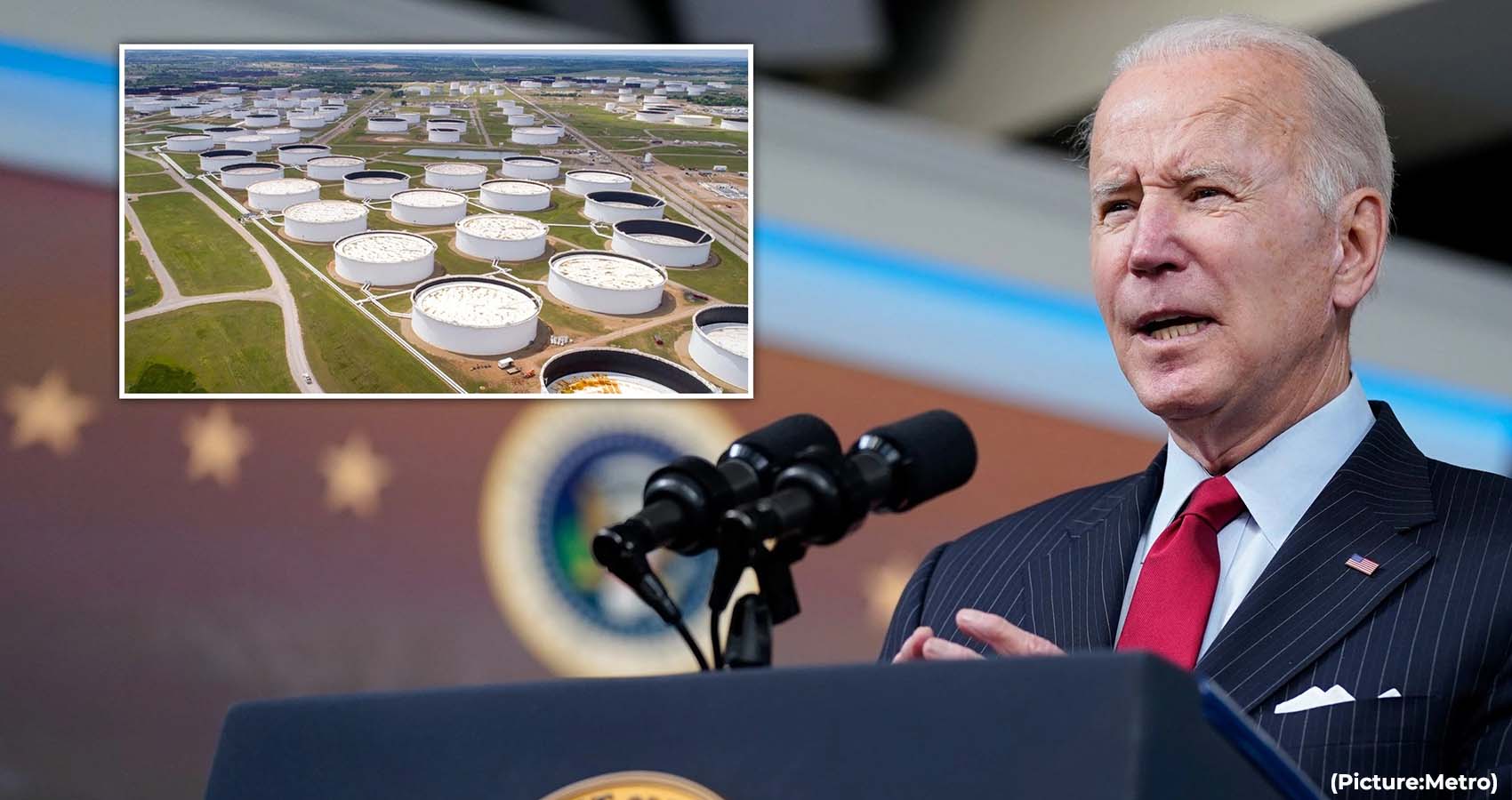 US President Joe Biden announced last week that his administration will release 1 million barrels of oil per day for the next six months from its strategic reserve in an effort a bid to control energy prices that have spiked after the United States and allies imposed steep sanctions on Russia over its invasion of Ukraine. The releasing of over 180 million barrels from the US Strategic Petroleum Reserve is the “largest” release from national reserve in the country’s history, Biden said in a speech from the Eisenhower Executive Office Building on Thursday.

The president said it was not known how much gasoline prices could decline as a result of his move, but he suggested it might be “anything from 10 cents to 35 cents a gallon.” Gas is averaging about $4.23 a gallon, compared with $2.87 a year ago, according to AAA.

“As Russian oil comes off the global market, supply of oil drops and prices are rising,” he said, acknowledging the US energy embargo on Russia would “come with a cost”.

“The bottom line is if we want lower gas prices we need to have more oil supply right now,” Biden said. “This is a moment of consequence and peril for the world, and pain at the pump for American families.” 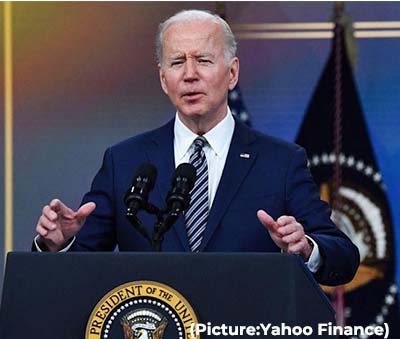 The president also wants Congress to impose financial penalties on oil and gas companies that lease public lands but are not producing. He said he will invoke the Defense Production Act to encourage the mining of critical minerals for batteries in electric vehicles, part of a broader push to shift toward cleaner energy sources and reduce the use of fossil fuels. The actions show that oil remains a vulnerability for the U.S. Higher prices have hurt Biden’s approval domestically and added billions of oil-export dollars to the Russian government as it wages war on Ukraine.

Tapping the stockpile would create pressures that could reduce oil prices, though Biden has twice ordered releases from the reserves without causing a meaningful shift in oil markets. Biden said Thursday he expects gasoline prices could drop “fairly significantly.”

Part of Biden’s concern is that high prices have not so far coaxed a meaningful jump in oil production. The planned release is a way to increase supplies as a bridge until oil companies ramp up their own production, with administration officials estimating that domestic production will grow by 1 million barrels daily this year and an additional 700,000 barrels daily in 2023.

The markets reacted quickly with crude oil prices dropping about 6% in Thursday trading to roughly $101 a barrel. Still, oil is up from roughly $60 a year ago, with supplies failing to keep up with demand as the world economy has begun to rebound from the coronavirus pandemic. That inflationary problem was compounded by Russian President Vladimir Putin’s invasion of Ukraine, which created new uncertainties about oil and natural gas supplies and led to retaliatory sanctions from the U.S. and its allies.

Stewart Glickman, an oil analyst for CFRA Research, said the release would bring short-term relief on prices and would be akin to “taking some Advil for a headache.” But markets would ultimately look to see whether, after the releases stop, the underlying problems that led to Biden’s decisions remain.

“The root cause of the headache is probably still going to be there after the medicine wears off,” Glickman said. Biden has been in talks with allies and partners to join in additional releases of oil, such that the world market will get more than the 180 million barrels total being pledged by the U.S.

Americans on average use about 21 million barrels of oil daily, with about 40% of that devoted to gasoline, according to the U.S. Energy Information Administration. That total accounts for about one-fifth of total global consumption of oil.

Domestic oil production is equal to more than half of U.S. usage, but high prices have not led companies to return to their pre-pandemic levels of output. The U.S. is producing on average 11.7 million barrels daily, down from 13 million barrels in early 2020.

“Look, the action I’m calling for will make a real difference over time. But the truth is it takes months, not days, for companies to increase production,” he said on Thursday. In his address, Biden also highlighted the importance of US energy independence and called for a transition to clean energy.

“Ultimately, we and the whole world need to reduce our dependence on fossil fuels altogether. We need to choose long-term security over energy and climate vulnerability,” he said. Biden, who faces with mounting pressure to address a surging inflation ahead of the midterm elections, blamed the Covid-19 pandemic and Russia’s military action for rising gas prices.

Republican lawmakers have said the problem results from the administration being hostile to oil permits and the construction of new pipelines such as the Keystone XL. Democrats say the country needs to move to renewable energy such as wind and solar that could reduce the dependence on fossil fuels and Putin’s leverage.

The administration says increasing oil output is a gradual process and the release would provide time to ramp up production. It also wants to incentivize greater production by putting fees on unused leases on government lands, something that would require congressional approval.

Oil producers have been more focused on meeting the needs of investors than consumers, according to a survey released last week by the Dallas Federal Reserve.

About 59% of the executives surveyed said investor pressure to preserve “capital discipline” amid high prices was the reason they weren’t pumping more, while fewer than 10% blamed government regulation.

In his remarks last week, Biden tried to shame oil companies that he said are focused on profits instead of putting out more barrels, saying that adding to the oil supply was a patriotic obligation.

“This is not the time to sit on record profits: It’s time to step up for the good of your country,” the president said.

The steady release from the reserves would be a meaningful sum and come near to closing the domestic production gap relative to February 2020, before the coronavirus caused a steep decline in oil output.

Still, the politics of oil are complicated with industry advocates and environmentalists both criticizing the planned release. Groups such as the American Petroleum Institute want to make drilling easier, while environmental organizations say energy companies should be forced to pay a special tax on windfall profits instead.

According to the Department of Energy, which manages it, more than 568 million barrels of oil were held in the reserve as of March 25. After the release, the government would begin to replenish the reserve once prices have sufficiently fallen.