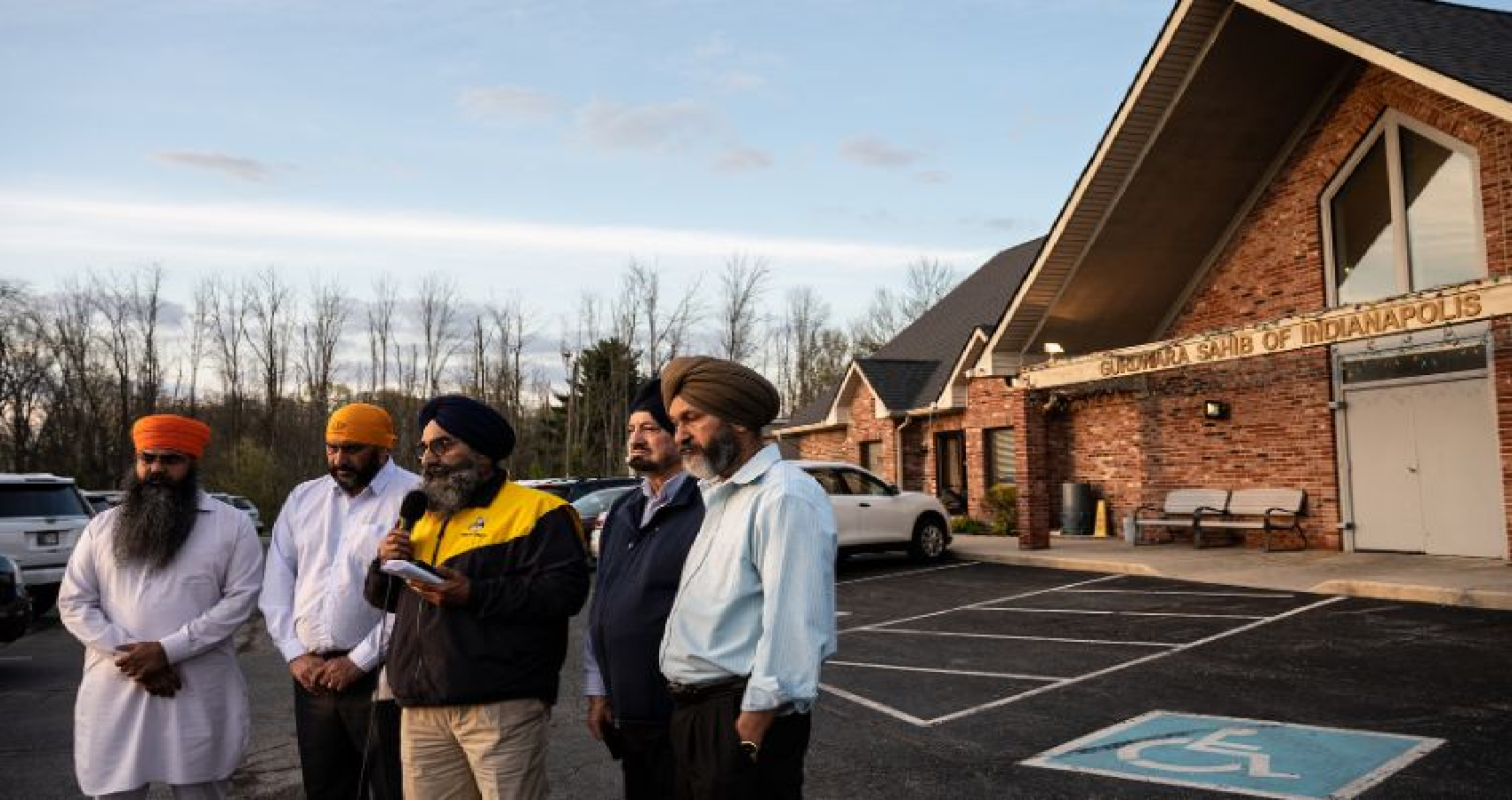 The Indian American community is deeply saddened to share that at least four Sikhs are among those killed late Thursday night when a gunman stormed a FedEx facility in Indianapolis known to have a large Sikh workforce.

The deadly mass shooting last week at a FedEx Ground facility in Indianapolis struck deeply into the Indian American community at large and in particular, the area’s Sikh community after it suffered the loss of four members in the bloody onslaught.

Eight people were killed and several others wounded  on Thursday, April 15th night when a former FedEx employee opened fire at a facility near Indianapolis’ main airport before taking his own life. Investigators are still trying to determine the motive behind the shooting. Amarjeet Johal, 66; Jasvinder Kaur, 50; Jaswinder Singh, 68; Amarjit Sekhon, 48 were among the eight who lost their lives to yet another mass shooting as the nation struggles to limb back to several others preceding this. Matthew R. Alexander, 32; Samaria Blackwell, 19; Karli Smith, 19; and John Weisert, 74 were the others who succumbed to the bullets that traffic night.

“Our community has a long road of healing physically, mentally and spiritually to recover from this tragedy,” Maninder Singh Walia, a member of the Sikh community in Indianapolis, told the media. Officials, who said that a “significant” number of employees at the parcel and courier service company are Sikhs, reported that the gunman killed himself after murdering eight people Thursday night and wounding at least seven, five of whom were hospitalised.

WXIN-TV station quoted Parminder Singh, the uncle of one of the victims, as saying that his niece who worked at the facility near the airport phoned him shortly after the shooting and told him that she was shot while in her car and was being taken to the hospital.

President Joe Biden ordered the national flag to be flown at half-mast at all government facilities and US embassies abroad. “Gun violence is an epidemic in America,” Biden said in a statement. Just last month a White man killed eight people, six of them Asian women, at three massage parlors in Atlanta.

According to the Gun Violence Archive, 19,380 people were shot dead last year in the US, an increase of more than 25 per cent over the previous year’s deaths. “Our hearts bleed for all of the families of the victims of yet another senseless massacre that has become a daily occurrence in this country,” said AAPI Victory Alliance Executive Director Varun Nikore.

Nikore added: “To the families of Jasvinder Kaur, Amarjit Sekhon, Jaswinder Singh, and everybody else affected by this senseless tragedy, our hearts go out to you. The AAPI community stands with you. Justice must be served and we will not stop fighting until every single gutless person, politician, and lobbying group is held responsible for continuing to allow these tragedies to happen. Additionally, the AAPI Victory Alliance demands an immediate investigation into whether or not these shootings were racially biased.” Nikore said that enough is enough and that it’s time to come together and end hate and gun violence once and for all. 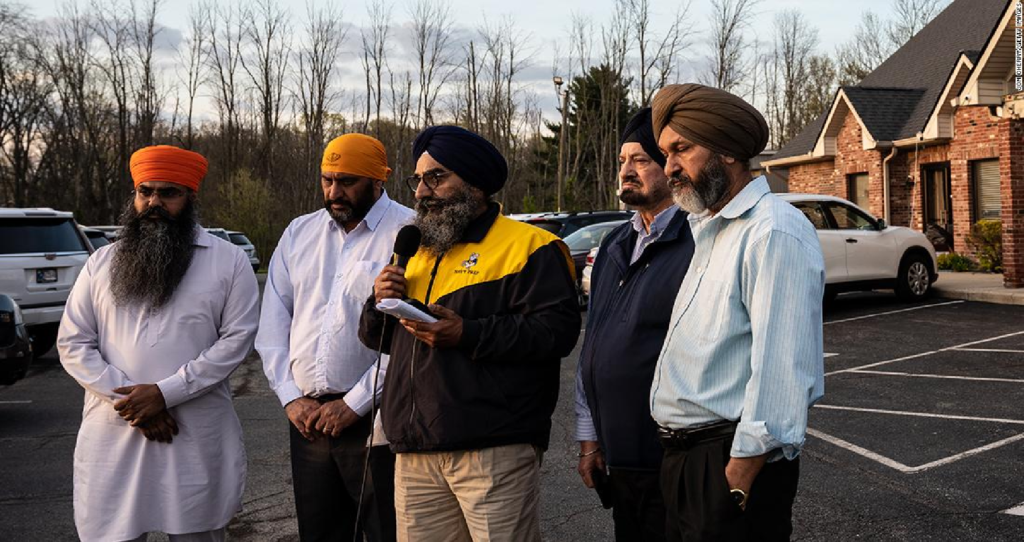 “We will invest significant resources into toppling those who seek to destroy our families, communities, and identity. The senseless gun violence that we’re seeing in this country is reflective of all of the spineless politicians who are beholden to the gun lobby. Period. End of story,” said Nikore. “They will be hearing from us — instead of offering thoughts and prayers, it’s time to mobilize for direct action and vote them out. That is what we’re doing today. We will end the violence, only when we have leaders who have the guts to do so.”

The Sikh Coalition said, it is deeply saddened to share that at least four Sikhs are among those killed late Thursday night when a gunman stormed a FedEx facility in Indianapolis known to have a large Sikh workforce.

The official in charge of the Federal Bureau of Investigation (FBI) Indianapolis office, Paul Keenan, said that he had been questioned by the agency after his mother had warned that he might try to commit suicide by provoking police to shoot him.

Sikhs have for long been victims of bias attacks in US, often being mistaken for Muslims because of their turbans. According to the FBI’s 2019 hate crime statistics — the latest available — there were 49 anti-Sikh attacks with 60 victims. In 2012 a gunman attacked a gurdwara in Oak Creek in Wisconsin State killing seven Sikhs and wounding four.

“While we don’t yet know the motive of the shooter, he targeted a facility known to be heavily populated by Sikh employees, and the attack is traumatic for our community as we continue to face senseless violence,” said Satjeet Kaur, Sikh Coalition executive director. “Further traumatizing is the reality that many of these community members, like Sikhs we have worked with in the past, will eventually have to return to the place where their lives were almost taken from them.”

The coalition says an estimated 500,000 Sikhs live in the U.S. Many practicing Sikhs are visually distinguishable by their articles of faith, which include unshorn hair and a turban.

“I have several family members who work at the particular facility and are traumatized,” Komal Chohan, who said Johal was her grandmother, said in a statement issued by the Sikh Coalition. “My nani, my family, and our families should not feel unsafe at work, at their place of worship, or anywhere. Enough is enough — our community has been through enough trauma.”

In a statement issued here, SAALYT stated: “Today, SAALT grieves the loss of life in the latest mass shooting in Indianapolis, Indiana. Our hearts are heavy and mourn with the victims’ families and community members, who are undoubtedly reeling from the trauma of losing their loved ones. Of particular note, four of the eight victims were our Sikh siblings and fellow community members. Such an act of mass violence sends reverberations across Sikh and South Asian communities, evoking past pain and grief rooted in decades of similar violent acts. We are struck by the trend of violence against immigrant workers, who have not only taken on essential work during a global pandemic, but have also been particularly vulnerable to its health and economic consequences as a result of their work. SAALT stands in solidarity with immigrant and essential workers, and honors the care they have poured into our community despite widespread bigotry.”