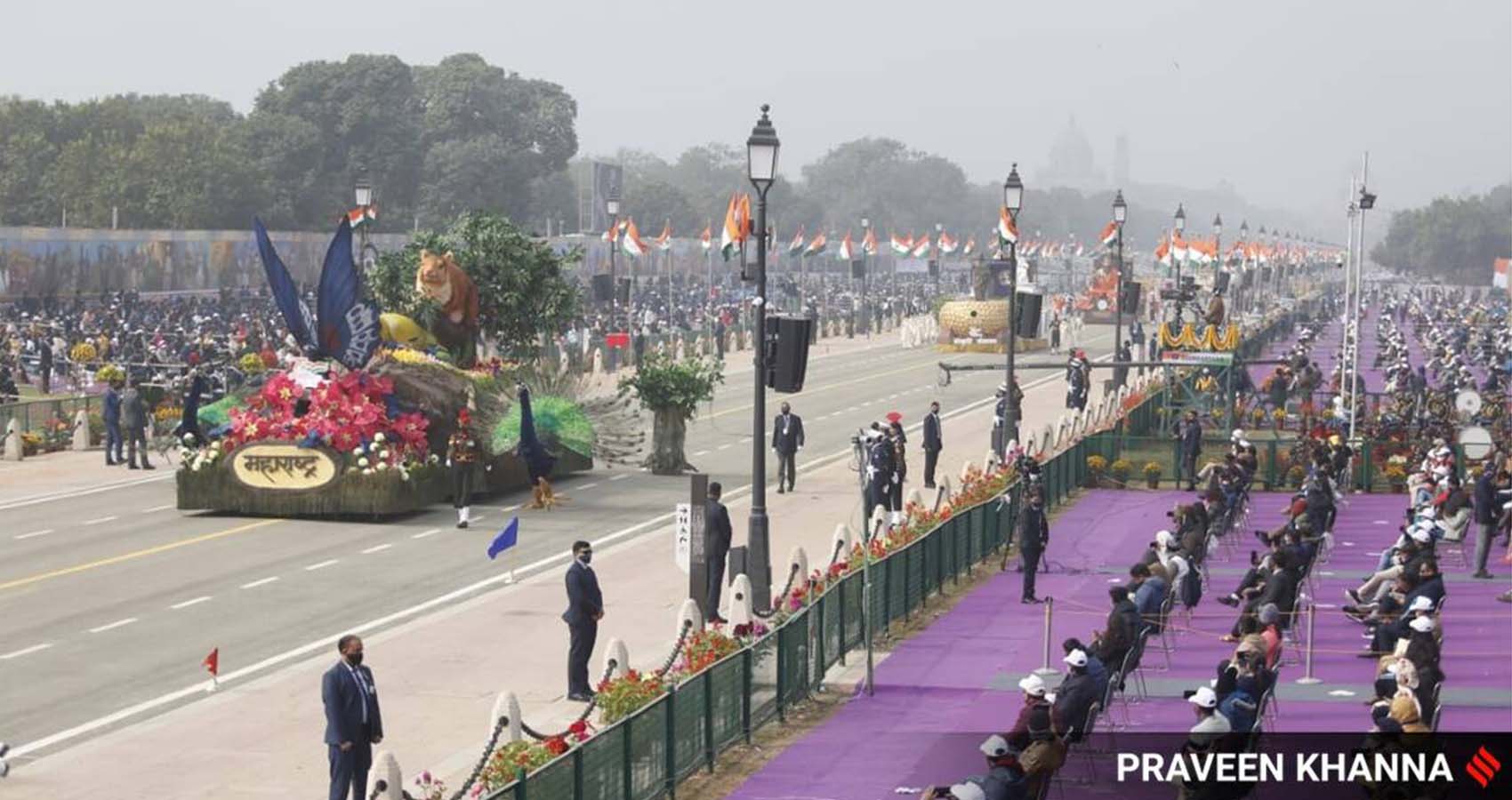 During the 73rd anniversary of India’s Republic, India showcased depicting the rich cultural heritage and diversity of India by several states and Union Territories and nine of Union Ministries and Armed Forces and the Defense Research and Development Organization as dozens of tableaux rolled down Rajpath on Wednesday, January 26th. 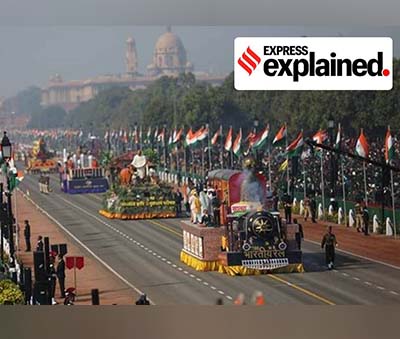 At a time when several Opposition-ruled states complained that their tableaux were not selected for the Republic Day parade, even as the government insisted that the decision was taken by an expert committee and there is no political intervention, the tableaux of four of the five poll-bound states made it to Rajpath on Republic Day.
Tableaux, from as many as 12 states and Union Territories, highlighted dances, spirit of sportsmanship, biodiversity, the freedom struggle, religious destinations and development.
A total of 24 tableaux were a part of the Republic Day parade, which included a dozen from the states and UTs, nine from departments of the Union Government and three from the Armed Forces and the Defence Research and Development Organisation (DRDO).
The Navy’s tableau was the first to come down on Rajpath on a frigid Wednesday morning and depicted two main themes. First, the 1946 naval uprising, which was a part of the freedom struggle, and against the terrible conditions of the Indian sailors who were a part of the British Indian Navy and the second on the “atmanirbharta” of the Navy, with a model of the country’s first indigenous aircraft carrier, which will be commissioned later this year and named INS Vikrant. 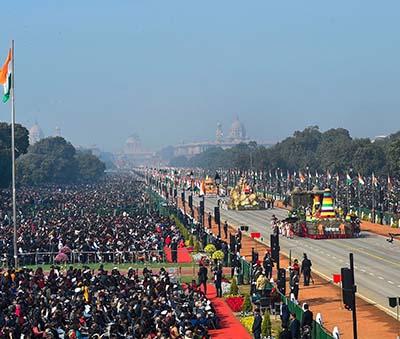 The Air Force tableau paid homage to the victory over Pakistan in the 1971 War, with models of MiG 21, Gnat — both of which were used in the war — and the Light Combat Helicopters. DRDO showcased major weapon platforms developed by it, including the Light Combat Aircraft Tejas and an Air Independent Propulsion system it is working on for the submarines.
From the states and UT, Meghalaya came out with its tableau first, showing the importance of women-led cooperative societies and self-help groups, with bamboo and cane handicrafts, as it celebrated its 50th year of statehood. Karnataka too, highlighted the traditional handicrafts from the state, calling itself the “cradle of traditional handicrafts” with 16 artefacts on inlay carving, lacquerware toys and bronze statues possessing the Global Indicator tag.
Gujarat, like many others, highlighted the freedom movement, but through the role of the tribal population. It showcased the incident of the military killing around 1,200 people in March 1922 as Bhil tribes from Paal and Dadhvav villages had gathered to protest against the land revenue system under the leadership of Motilal Tejawat. Punjab also brought out the state’s “immense contribution” during the freedom movement with Bhagat Singh, Sukhdev and Rajguru leading from the front. 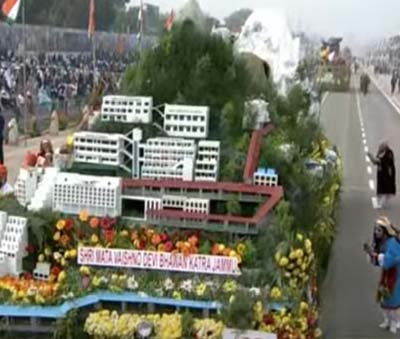 Meanwhile, Goa showed symbols of its heritage and Haryana had a simplistic tableau with several sportsmen from the state on a “victory chariot” carrying the national flag. The idea was to highlight that although it occupies only 1.3 per cent of the country’s landmass and 2.09 per cent of the population, sportsmen from the state have brought maximum medals for the country in various international sporting events, including the Olympics.
Uttarakhand tried to portray the development in the state, highlighting the increasing connectivity between the various religious sites and Jammu and Kashmir showed the rapid pace of development in the UT, with the new IIT, IIM, AIIMS and an airport that are coming up there.
Arunachal Pradesh depicted the four Anglo-Abor Wars between 1858 and 1912 during which the indigenous tribal people of the state, particularly the Adis from the Siang area, fought against the colonial expansion of the British.
Chhattisgarh portrayed the state’s Godhan Nyay Yojana for better use of rural resources, while Uttar Pradesh’ tableau showcased the One District One Product scheme of the government for the micro, small and medium enterprise industries and also the development of the Kashi Vishwanath Dham in Varanasi, which is Prime Minister Narendra Modi’s Lok Sabha constituency. 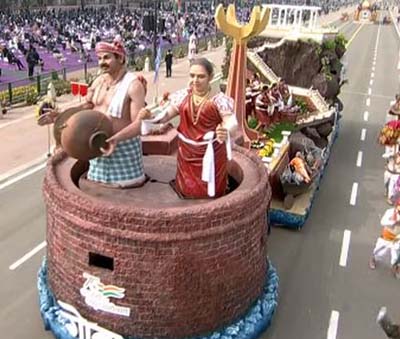 Maharashtra showed the rich biodiversity of the state, with 15 animals and 22 plants as a part of the tableau, including large models of the Blue Mormon Butterfly and more.
From the Central government, the Education and Skill Development ministries highlighted the National Education Policy, the Civil Aviation Ministry showed the UDAN scheme, Department of Posts, showed Indian post at 75 years of Indian Independence, Home Affairs highlighted the valour and sacrifice of the CRPF, Central Public Works Department under Housing and Development Ministry showed Netaji Subhash Chandra Bose, Department of Justice highlighted the Lok Adalat and inclusive legal system, Department Drinking Water and Sanitation showcased the Har Ghar Nal under Jal Jeevan Mission, and the Culture Ministry highlighted 150 years of Aurobindo Ghosh.