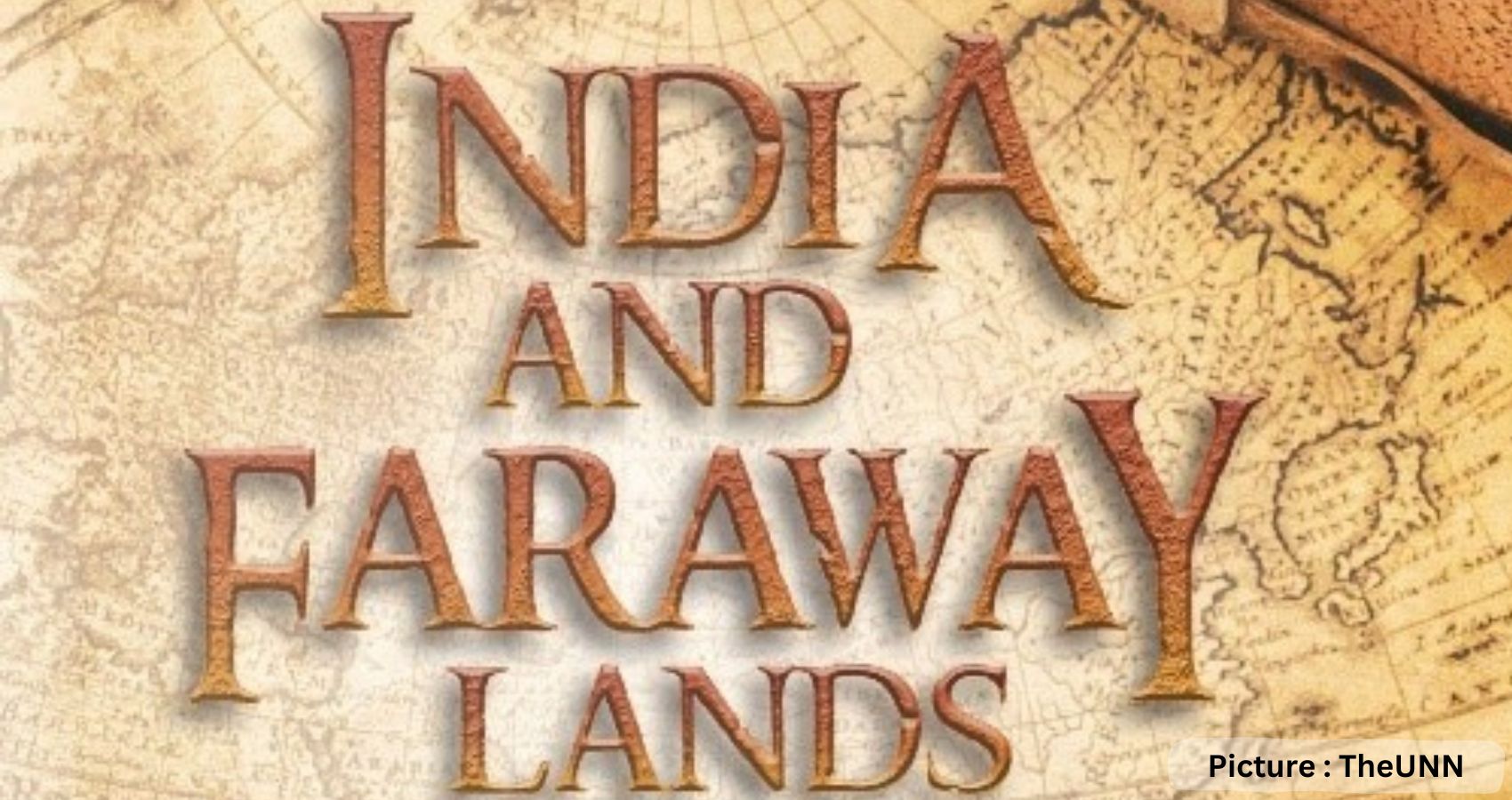 ‘A great way to learn about your country is to leave it’ —Henry Rollins, American singer. The recent publishing of my book India and Faraway Lands: 5,000 Years of Connected History marked the culmination of my long-standing quest for understanding India’s past in a wider global context. The seeds of my curiosity were sown over 27 years ago when I arrived in the United States as a graduate student from India. For the first time in my life, I met students from places as far afield as Iceland, Russia, Japan, Egypt, and Brazil. The stimulating exchange of perspectives opened my eyes to the cultures and customs of different parts of the world. I would often ponder over life in India versus life in America, East versus the West, the old world versus the new world.

With the image of India’s golden past firmly entrenched in my mind since childhood, I wanted to understand how, when, and why it fell so far behind. What began as a curiosity gradually evolved into a deep interest in global history. Wading through bookstores and museums over the years, I stumbled upon obscure yet intriguing historical connections between India and other corners of the globe. The realization that the rise of western Europe is a relatively recent phenomenon in the 5,000 years of world history opened new vistas of inquiry.

It struck me that histories of India were often confined to India’s boundaries, thereby missing a vital component: the story of the ‘outside’ or the ‘other side’, leaving the overall picture somewhat truncated and incomplete. The history of the British in India, for instance, began with their merchant ships landing in Surat, Gujarat in 1608. But it was around the same time that they had also landed in North America and established their first colony in Jamestown, Virginia (1607). What was going on in Britain in those days? What did the British merchants and colonists know about India and the Americas before they set sail from the shores of their tiny island nation? Who were the people who made these bold ventures possible? And why did they wait for more than a hundred years to sail out to these lands when Italian explorer Christopher Columbus had landed in the Americas in 1492 and Portuguese voyager Vasco da Gama had reached India in 1498?

Unlike India’s commonly perceived image among Western historians as a static civilization—shielded from the rest of the Eurasian continent by an arc of enormous mountain ranges in the north and surrounded by water in the south—India was an active player in world history. Steep mountain passes in the north-west, like the legendary Khyber Pass, allowed invading armies and trading caravans to pass through; the Indian Ocean was the hub of maritime trade and migration for thousands of years before humans were able to cross the Atlantic and the Pacific. There must be a reason why the who’s who of world history—Alexander the Great, Genghis Khan, Tamerlane, Marco Polo, Ibn Battuta, Ferdinand Magellan, Vasco da Gama, the Duke of Wellington—set foot in India.

The book shares intriguing tales of several lesser-known adventurers, merchants, and soldiers who landed in India over the centuries: a young Dutchman who stole the maps and navigation secrets of the Portuguese in Goa in the 16th century, opening the doors for the Dutch and the British to Asia; an Ethiopian who rose to be a successful mercenary general, also referred to as the ‘military guru of the Marathas’, defied the Mughals for a quarter of a century; an American from Philadelphia whose spirit for adventure took him through an incredible journey over two decades — as a surgeon in Burma, as Maharaja Ranjeet Singh’s physician in Lahore, and getting proclaimed a prince in Afghanistan!

When I returned to India in 2006, after being away for eleven years, I was keen to rediscover the homeland and travelled from the Himalayan town of Leh up north to the historic city of Madurai down south. UNESCO World Heritage sites like Sanchi and Ajanta Caves were breath-taking and bound to make even an uninterested visitor pause and imagine life in India over 2,000 years ago. And yet, they were often missing on must-visit places of Indian travelers. Likewise, history museums all over India were consistently empty and listless, as if the past did not matter. The common folk’s understanding of foreign lands, peoples, and cultures seemed rather superficial while age-old stereotypes continued to flourish despite all the buzz around globalization, and the fact that nearly 30 million people of Indian origin lived scattered around the world. My experiences motivated me to build upon what I had learnt thus far and write a story of our global past for the lay reader.

My plans got further traction when my book idea was shortlisted at the Bangalore Literature Festival in 2018, providing me an opportunity to pitch it to a panel comprising several leading publishers. It took another four years of research, writing, and multiple rounds of editing before the book saw the light of the day.

Rather than being a definitive history, India and Faraway Lands* aims to stoke the readers’ curiosity about our intertwined past. It is the book I wish I got to read as a restless youngster unsure of India’s place in the world.