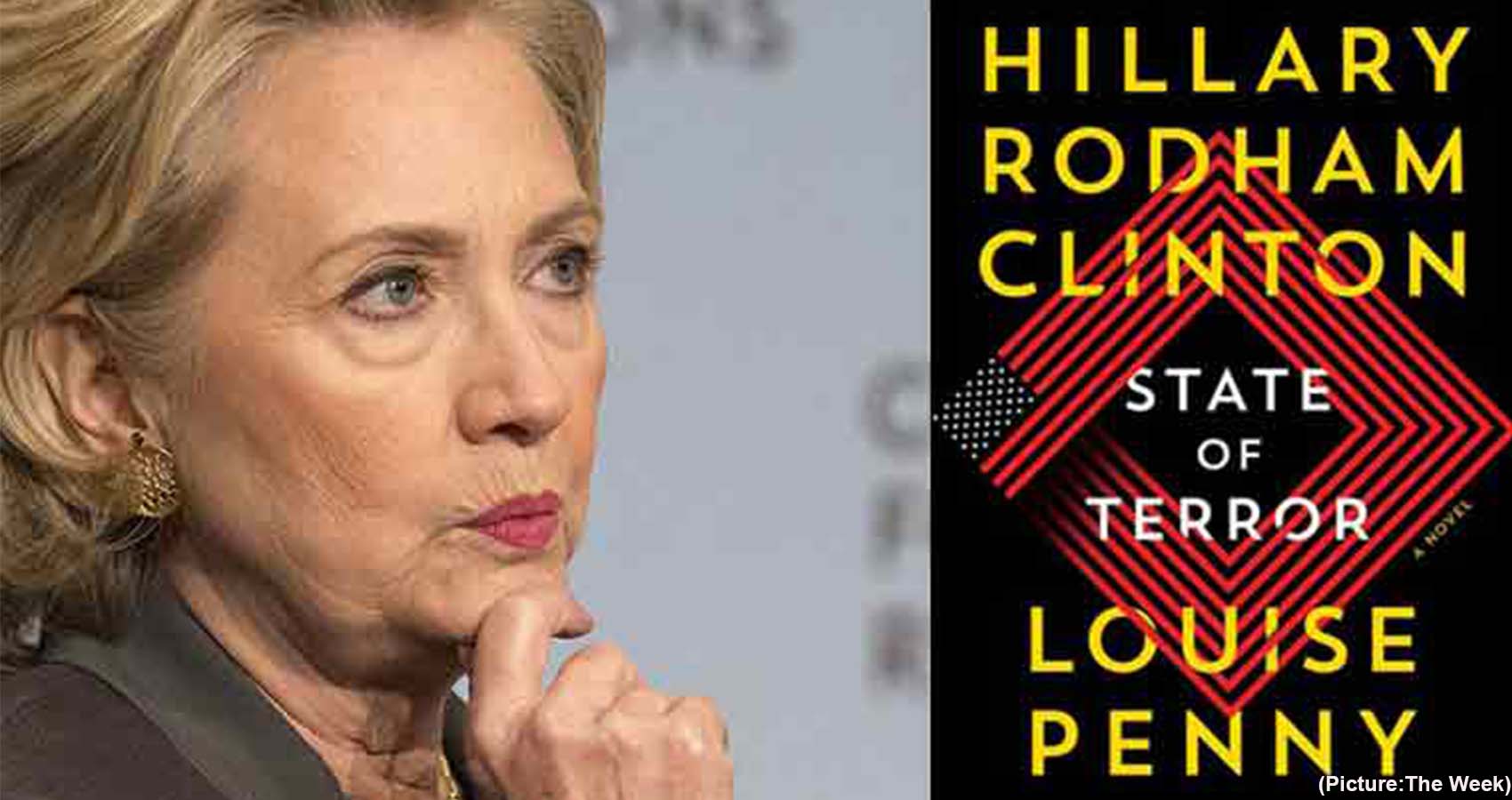 Former United States Secretary of State Hillary Clinton, following in the footsteps of her husband, has embarked on her journey as a thriller writer. ‘State of Terror’ is Hillary Clinton’s upcoming international political thriller, set in the “Byzantine” world of Pakistan, Afghanistan and Iran. It takes off with a “baffling text from an anonymous source” received by an Indian American Foreign Service Officer, Anahita Dahir. Hillary, who was trumped in the 2016 U.S. presidential election, has co-authored the book with the New York Times best-seller Canadian novelist Louise Penny. The uncannily timed book, published by Simon & Schuster, is set to release on Oct. 12.

According to a preview of the novel available on the Simon & Schuster website, the story begins with the election of a new U.S. president, who appoints his political rival, Ellen Adams, as his secretary of state (Hillary, remember, had contested in the Democratic Party primaries against Barack Obama in the run-up to the 2008 elections). And then comes the text message to Dahir (who could be modelled after one of Hillary’s closest aides, Pakistani American Huma Abedin), which was actually a coded warning.

What follows is a series of terrorist attacks on American targets and the start of “an international chess game involving the … Byzantine politics of Pakistan, Afghanistan and Iran; the race to develop nuclear weapons in the region; the Russian mob; a burgeoning terrorist organization; and an American government set back on its heels in the international arena.” The last bit sounds too much like the present state of the Joe Biden administration. Pitted against this “intricate, carefully constructed conspiracy” are three individuals sucked into this explosive situation: the “passionate young FSO; a dedicated journalist; and a smart, determined, but as yet untested new secretary of state.”

Will they be able to save the world? To find the answer, one has to wait for the book to be out. Hillary’s collaborator, Penny, is best known for her Quebec-based mystery novels centered on the work of her fictional character, Francophone chief inspector Armand Gamache. Former U.S. president Bill Clinton’s last book as a thriller writer was ‘The President’s Daughter’, about a former president and ex-Navy SEAL, whose daughter is missing, which followed ‘The President is Missing’ (2018), both in collaboration with James Patterson, one of the world’s biggest-selling authors. It was released in June 2021.

Patterson, the former president’s collaborator, has written chart-topping books such as ‘Alex Cross’, ‘Michael Bennett’, ‘Women’s Murder Club’, ‘Maximum Ride’, and many other books spanning across genres, from romance to thrillers and non-fiction. Hillary, like her husband, has been a prolific writer, whose first book was the best-selling ‘It Takes A Village’ (1995), followed by many others on different subjects, including her account of her tenure as the 67th U.S. secretary of state, ‘Hard Choices’.