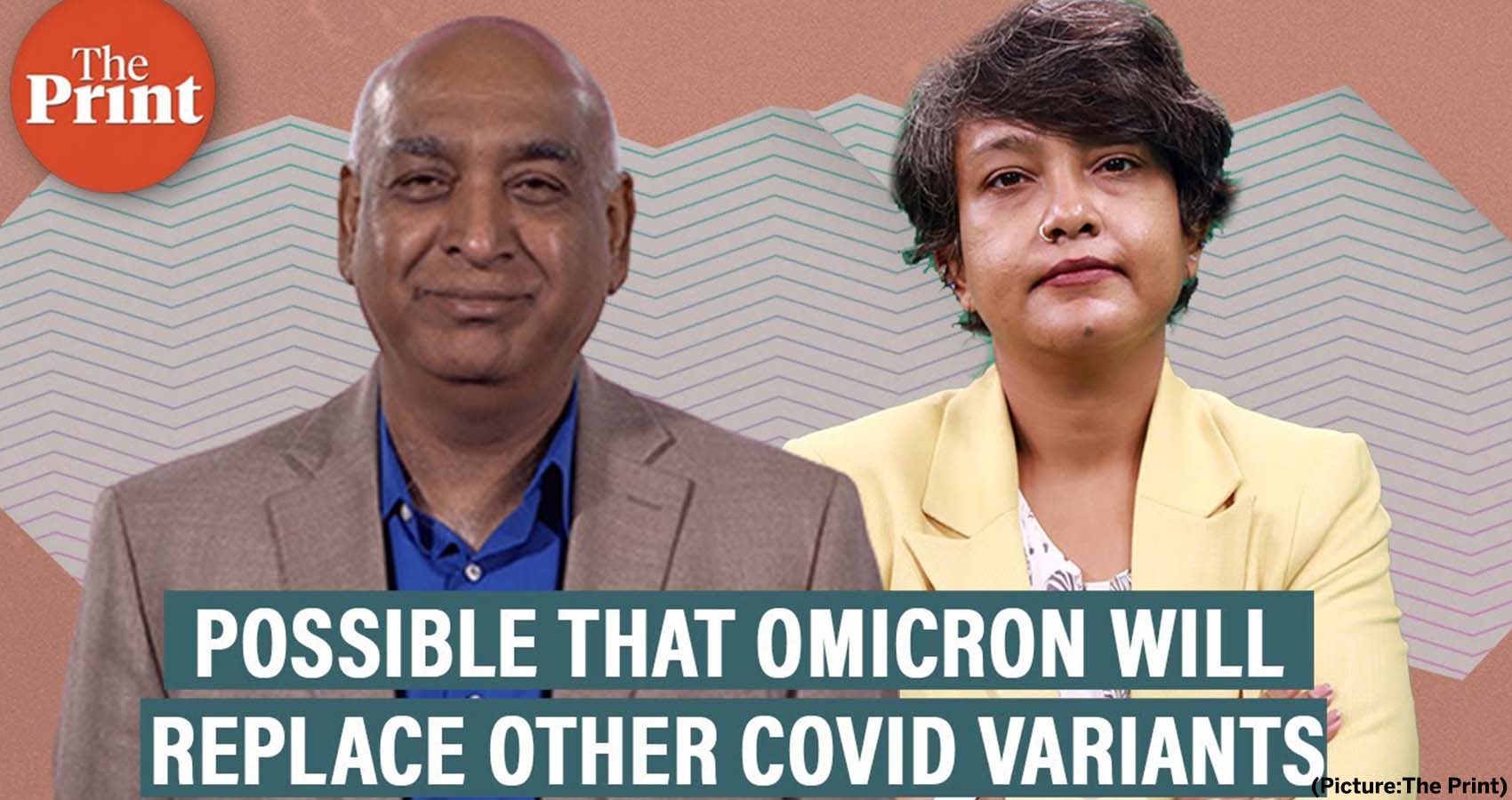 Harvard Medical School professor Dr Shiv Pillai says India’s third wave likely to subside by March, and suggests that the country’s response to the pandemic was a mixed bag.

The current Covid-19 surge in India is likely to subside by March. Over the long term, given its high transmissibility, it’s possible that Omicron will edge out all other variants of SARS-CoV-2 and survive as a relatively mild virus for which only the elderly need to be vaccinated.

That’s Harvard immunologist Dr Shiv Pillai’s “optimistic” take on the future at a time when an Omicron wave is sweeping the world.

In an exclusive conversation with ThePrint, he said it’s possible that Omicron will stay on as a fifth common cold coronavirus. These don’t confer immunity to those infected — it’s possible to catch the same virus multiple times in a year.

Dr Pillai added, however, that there’s also an alternative possibility of another wave caused by a resurgent Delta variant.

He also said that governments around the world didn’t tackle the pandemic as well as they could have — with India’s performance being a mixed bag — and emphasised that the flu vaccine gives no protection whatsoever against Covid.Dr Pillai is a professor of medicine and health sciences and technology at Harvard Medical School. He is the director of Harvard’s PhD and MMSc Immunology programmes. His research group studies T cell-B cell collaboration and its relevance to autoimmune and inflammatory diseases.

He grew up in India, studied medicine at Christian Medical College, Vellore, and went on to receive a doctorate in biochemistry from the University of Calcutta. He also has a unique poetic take on immunology.

Dr Pillai painted two possibilities for the future. He called the first an “overly optimistic scenario”, saying, “If Omicron replaces all other variants and takes over the population — which it’s doing quite well now — then it may be the only SARS-Cov-2 variant left. There would be immunity among the vaccinated against it, less among the unvaccinated. So, after seven-eight months, people who never got the vaccine would get Omicron.”

He added, “We currently have four known common cold coronaviruses that share similarities with Omicron. What might happen is that Omicron might become the fifth common cold coronavirus. It mutates but never gets highly pathogenic. We will then develop vaccines targeted at it, maybe get the elderly vaccinated. Nothing is a slam dunk in this situation. But there is a history of similar things happening in animals.”

Evolutionally, he said, the purpose of a virus is to replicate itself, not to kill its host — so any virus that does the former as well as Omicron has a fair chance of out-surviving other variants.

However, he added that there’s also an alternative possibility, that the Delta variant, surviving somewhere in the “Amazon forests”, will resurface and, taking advantage of the limited immunity Omicron confers against the other variant — “about 40 per cent of what you want” — unleash a virulent new wave.

India’s response to the pandemic has varied, and sometimes lacked adequate information in policy decisions, said Dr Pillai. But there’s also a strong element of public education that seems to be missing, with people still shunning masks or not wearing them properly.

Large gatherings, including religious ones, were held in the open, and led to surges when the participants returned home, he said.

“All over the world, governments did not do as good a job as they could have. These things have to be rooted in science,” he said, adding, “I think people (in India) are not as serious as they should be. People don’t wear masks, or wear them in a way that will do nothing for them.”

“I am concerned about people not having information. I understand people are tired and life will go on. The issue of public education is a broader issue for a longer time,” he said.

He added, however, that “India did a great job in vaccinations.”