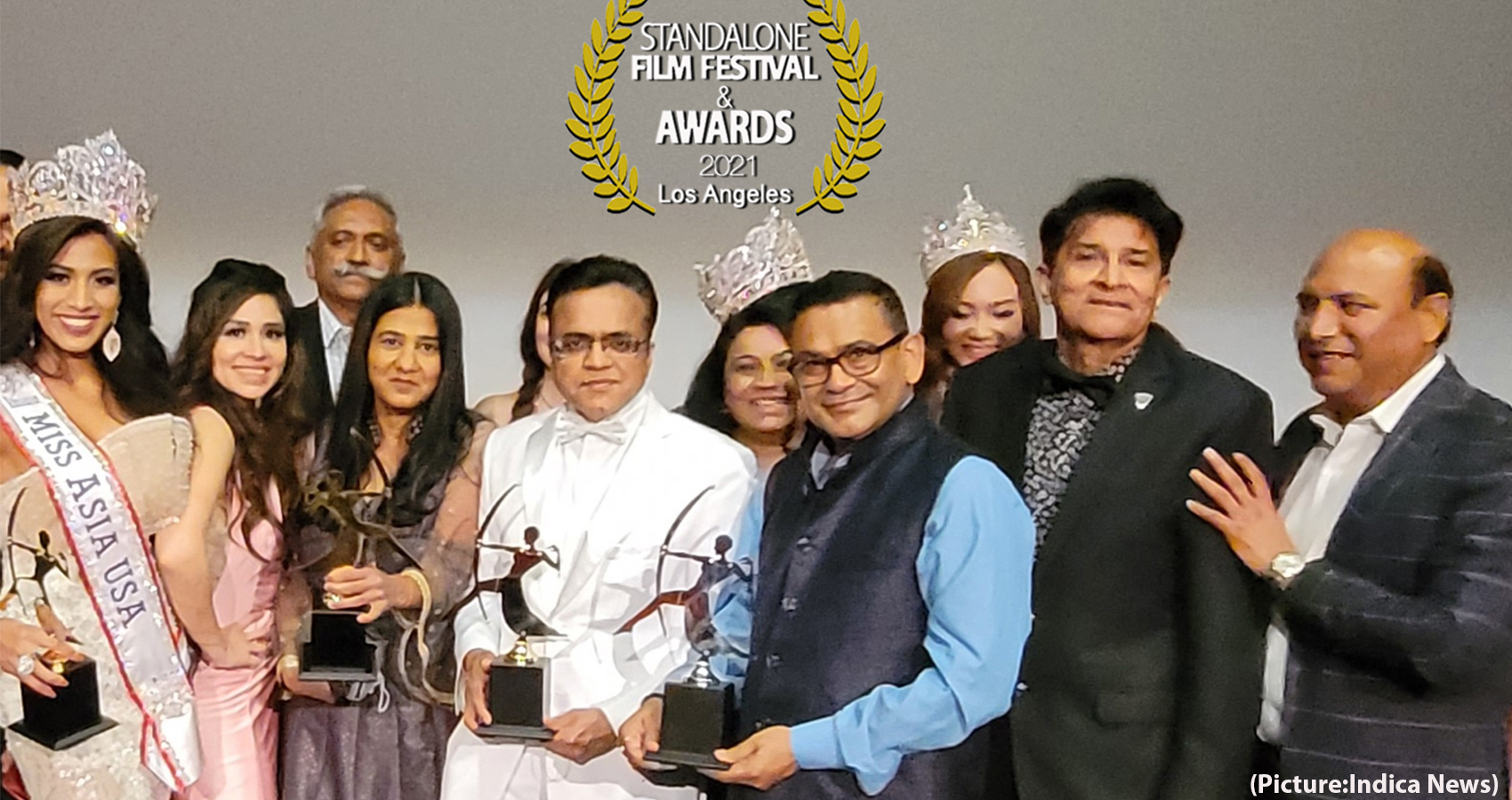 Indian-American filmmaker Mukesh Modi, who made his Hollywood debut with the movie The Elevator, has won three prizes at the Standalone Film Festival & Awards held August 12 at the TCL Chinese Theatres in Hollywood, California. This year the SFFA, an international independent festival for filmmakers, content creators, actors and technicians, nominated 84 films in 28 categories. The Elevator, featuring Eric Roberts and Eugenia Kuzmina received the top three awards — Best Film, Best Actor and Best Director. “It’s a huge achievement for me and the movie is really good — not just that I am lucky,” Modi (seen in white in photograph above) told indica News.

The film, directed by Modi and co-directed by Jack Cook, tells the true story about a family’s search for answers when their beloved husband and father doesn’t return from work on his daughter’s birthday. “When we had the premiere, 30 percent of the audience had tears in their eyes; it’s a great family movie,” he said. “The movie is based on true events and it forces us to think about life’s uncertainty. A small event can change a life forever. The movie portrays family values, love, and bonding between family members very well. A must watch movie with the whole family.”

Gujarat-born Modi said he loves glamour but his passion is to give back globally through film and service. His main business is men’s wear sold at US discounted stores under the brands Pure Vintage and Lucky Horse. “That is the main business; movies is my passion,” Modi said. Prior to The Elevator, he directed and wrote The Vision, a short movie about Modi’s journey to the US and giving back to his homeland. I am the producer and the documentary is about what I do and my little bit of journey and the main thing is to inspire the people,” he said. “If I can do it, I think other people can do it.”

He said back home in Gujarat he helps poor people suffering from eye problems b y offering them free treatment. He started writing the script for The Elevator in 2015. The shooting was done in 2019 before the pandemic but got completed this year in June. “The reason for the delay is pandemic but I did not compromise on quality,” Modi said. The commercial release of the film is on hold due to pandemic. Asked would you be able to break even, Modi said: “I don’t know right now, but the question is not of money but to give a message — do what you want. Of course you want money but do the business that inspires other people and takes care of other people,” he said. “This is the way I live my life.”