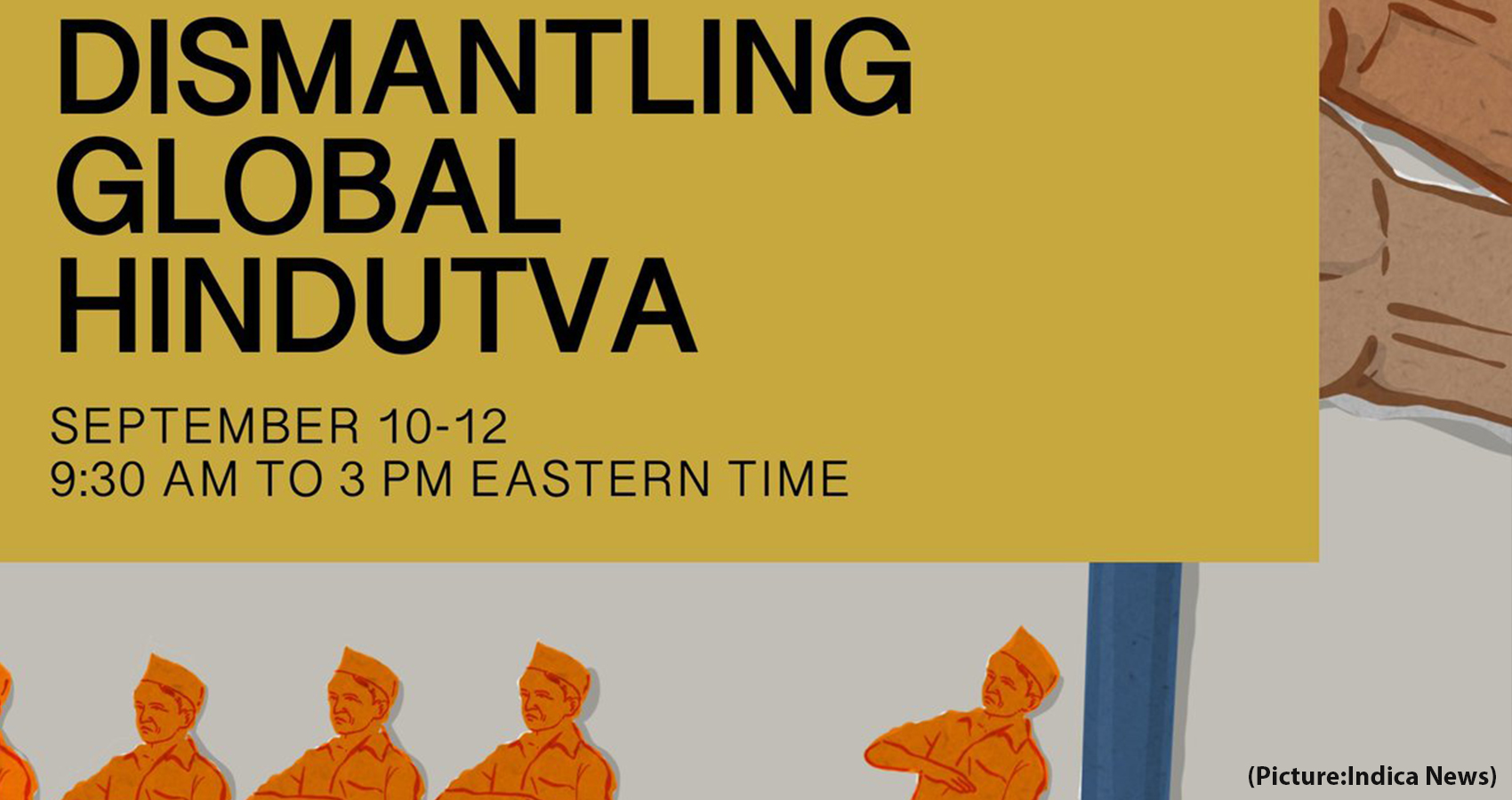 In response to the event “Dismantling Global Hindutva” purportedly cosponsored the Departments and Institutes at forty prominent Universities in the US in September 2021, American Hindus Against Defamation (AHAD) has initiated an online petition and issued the following statement.  This petition has already garnered 2000 signatures.  These signatures and associated comments are being sent to all the Universities co-sponsoring the event requesting them to disassociate themselves from this Hinduphobic event.

“Dismantling Global Hindutva” yet another attempt by some of the best known Hinduphobic academicians and their allies to systematically delegitimize Hindu dharma at the academic institutions in the US.  We request the sponsoring universities to take immediate action to prevent vilification and intimidation of students, faculty of Hindu heritage as well as those of Indian origin under the guise of an event titled, “Dismantling Hindutva,” supposedly cosponsored by your institution. The word Hindutva, as defined by the Supreme Court of India (Ramesh Yeshwant Prabhoo case [1996 SCC (1) 130]) means: “The words ‘Hinduism’ or ‘Hindutva’ are not necessarily to be understood and construed narrowly, confined only to the strict Hindu religious practices unrelated to the culture and ethos of the people of India, depicting the way of life of the Indian people.”

“Considering the terms ‘Hinduism’ or ‘Hindutva’ per se as depicting hostility, enmity or intolerance towards other religious faiths or professing communalism, proceeds form an improper appreciation and perception of the true meaning of these expressions emerging from the detailed discussion in earlier judgments of this court. Misuse of these expressions to promote communalism cannot alter the true meaning of these terms. The mischief resulting from the misuse of the terms by anyone in his speech has to be checked and not its permissible use.” “It is a fallacy and an error of law to proceed on the assumption that any reference to Hindutva or Hinduism in a speech makes it automatically a speech based on the Hindu religion as opposed to other religions or that the use of words ‘Hindutva’ or ‘Hinduism’ per se depicts an attitude hostile to all persons practising any religion other than the Hindu religion.”

We believe that this event is being timed to take attention away from the tragic events unfolding in Afghanistan and the larger region.  At a time when many Hindus in America are working hard to address the issue of persecuted religious minorities, facing an existential threat in Afghanistan, this event targeting Hindus is aimed to distract from the critical humanitarian work that is the need of the hour. American Hindus are also focused on highlighting the plight of Hindu girls in Sindh, Pakistan.  For decades, on an average, three girls a day, some as young as 12-years of age are abducted, forcibly converted and married off to Muslim men decades older than them.  This campaign named CHINGARI, Coalition for Hindu Girls Abducted and their Rights has been gaining tremendous momentum.  We believe that many of the organizers of “Dismantling Hindutva” are aligned with the perpetrators of these heinous acts and their enablers, who want to divert the attention from increasing awareness about this human rights issue. We expect that purportedly co-sponsoring institutions will immediately disassociate themselves from this event and reassure the Hindu students, faculty and staff that their institutions are safe spaces for all religious minorities.

Ajay Shah, the President of VHPA and Convenor of AHAD said: Dismantling Global Hindutva event has been organized from September 10 to September 12.  It is no coincidence that the event has been timed to take place on Anniversary of September 11 terror attack, the largest on the American soil by the radical Islamic terrorists.  It should be clear that the organizers of this event have a nefarious motive of deflecting the attention away from the radical Islamic terrorism to the peaceful Hindu community by vilifying the essence of Hindu spiritual practices, culture and way of life, embodied in Hindutva.  At a time when thousands of Muslims from Afghanistan are seeking refuge from Islamic terrorism to predominantly Hindu India, to label Hindutva as a radical extremist philosophy is not just ironic but malevolent

Commenting on the event, Utsav Chakrabarti, Executive Director, HinduPACT stated: At a time when radical Islamists in the Pakistan, Afghanistan and Bangladesh, are emboldened by Taliban’s victory in Afghanistan, and are openly threatening India and its Hindu population, this event by Taliban apologists targeting Hindus, is worrisome. It shows that many Universities in the United States have become de-facto platform for the promotion of intolerance and violent extremism.

Amitabh Mittal, General Secretary of VHPA said: How one can uproot that which is eternal? What threat is Hindutva, an expression of Hindu dharma, the all-encompassing religion and philosophy that ever existed? Why do the Marxist-Leninists and their allies feel threatened by the most accepting religion that has always stood for freedom?  It is a shame that these misguided people are talking about dismantling the faith that has survived the onslaught of invaders and colonialist for many millennia. These neo-detractors of the Hindu dharma will be another footnote in history.  We welcome their assault, Santana Dharma that is Hindu is the soul of humanity as said in the Bhagwad Gita “No weapon can harm it, fire cannot burn it, air cannot dry it and water cannot wet it”

American Hindus Against Defamation (AHAD) is the first and the most prominent Hindu organization against defamation in the USA.  An initiative of World Hindu Council of America (VHPA), AHAD has been actively monitoring mass media, products, public places etc. to ensure respectful and accurate representation of Hindu dharma, culture, images and icons.  Active since 1997, hundreds of thousands of Hindus have participated in various advocacy activities led by AHAD.

World Hindu Council of America (VHPA) is the most prominent organization of Hindus in the USA.  Founded in 1970, it has chapters across the country.   VHPA runs educational programs for Hindu children and youth in addition to community service (Seva) activities, and initiatives such as Hindu Mandir Executives’ Conference (HMEC), Hindu Womens’ Network, American Hindus Against Defamation (AHAD), Hindu Policy Research and Advocacy Collective (HinduPACT).