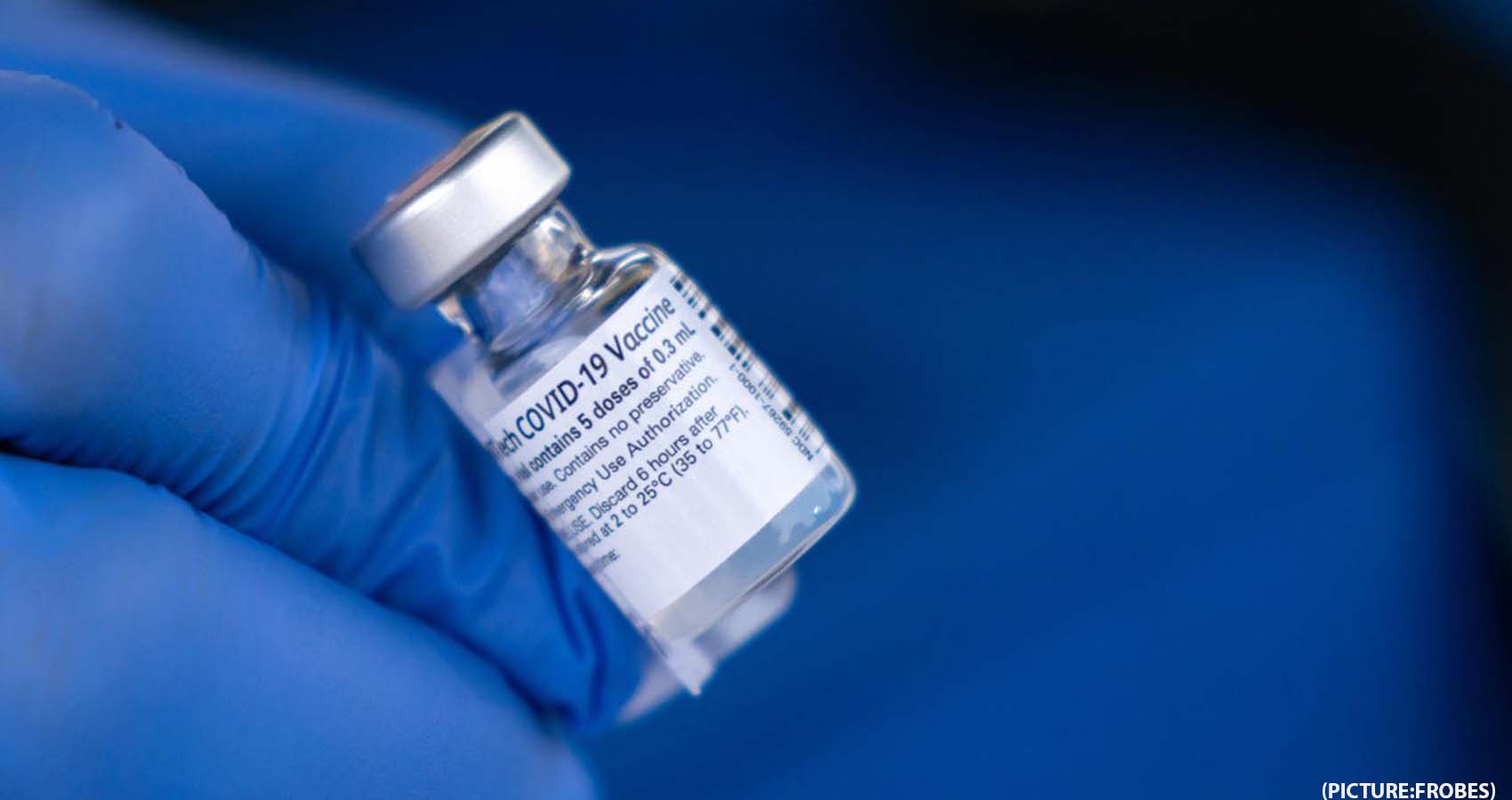 U.S. Food and Drug Administration (FDA) committee voted unanimously Friday, last week to recommend booster doses of Pfizer-BioNTech’s COVID-19 vaccine for those over age 65 and those at higher risk of exposure to the virus, including healthcare, frontline and essential workers, under emergency use authorization, but stopped short of recommending boosters for the general population.  Pfizer-BioNTech had originally requested that the FDA consider full approval of a booster dose for all people who have been vaccinated with its shot. The 18 members of the committee voted initially 16 to 2 against that move, citing the lack of strong enough data on safety and effectiveness of boosting the general population at this time. The FDA then reworded Pfizer-BioNTech’s original request to include only those at highest risk of COVID-19, which earned a unanimous vote in favor. 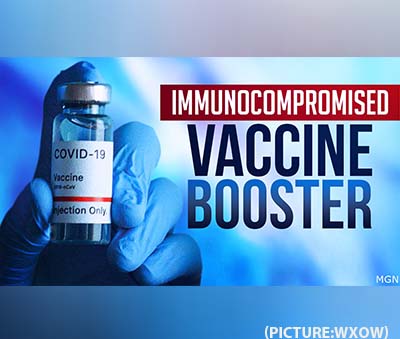 Although the result wasn’t what Pfizer-BioNTech expected, Kathrin Jansen, senior vice president and head of vaccine research and development at Pfizer, said in a statement that “these data, and the larger body of scientific evidence presented at the meeting, underscore our belief that boosters will be a critical tool in the ongoing effort to control the spread of this virus. We thank the committee for their thoughtful review of the data and will work with the FDA following today’s meeting to address the committee’s questions, as we continue to believe in the benefits of a booster dose for a broader population.”

The FDA’s acting commissioner, Janet Woodcock, will take the committee’s recommendation into consideration before making a final decision. If the FDA follows the advice, then the U.S. Centers for Disease Control and Prevention’s Advisory Committee on Immunization Practices (ACIP) will review the data and make a recommendation to doctors and health care workers about how the booster will be administered. One important question the ACIP must address, for example, is whether Pfizer-BioNTech’s booster dose should be limited to those who have already received two doses of the companies’ vaccine, since the data reviewed by the FDA committee only included a small subset of those recipients and not people who received the other authorized shots from Moderna and Johnson & Johnson-Janssen.

The committee advised that most of the U.S. population will have to wait to get a booster dose, guidance that directly contradicts the recommendation by U.S. President Joe Biden’s health team, which planned to start widely rolling out boosters on Sept. 20, pending FDA authorization or approval. The decision heightens the growing tension over the booster question, as public health officials, infectious disease specialists and policy makers disagree about exactly how useful another dose of COVID-19 vaccine can be. The FDA committee members noted that while there is evidence that vaccine-induced immunity wanes over time, giving fully vaccinated people another dose of vaccine will likely have little impact on actually controlling the pandemic in the U.S., since most new cases and severe illnesses are driven by the unvaccinated.

The White House, however, escalated the debate when it announced in August that it supported rolling out a booster dose for the general population beginning Sept. 20, even before the FDA had reviewed the safety and efficacy of doing so. It was a surprising pre-emptive move that the administration said was primarily an attempt to get ahead of the logistics of administering another dose, and to prepare states and local health authorities, but many felt was more driven by political rather than scientific justification. Over Friday’s day-long meeting, the committee members debated the strength and quality of data showing waning protection among everyone who has been vaccinated so far, and what it means for controlling transmission and spread of COVID-19. The panel members heard from Israeli public health officials, who have the most in depth, although still incomplete, data on waning immunity and the impact of a booster dose, as well as U.S. CDC researchers who understand the dynamics of the U.S. pandemic.

In making its case for a booster, Pfizer-BioNTech acknowledged that about a month after the second of the two doses in the regimen, its vaccine is 96% efficacious in protecting people from symptoms of COVID-19. About two to four months later, that efficacy slips to 90%, and by six months, it drops to 84%—about a 6% decline every two months. And while Pfizer-BioNTech provided data showing an additional dose of its vaccine could increase levels of neutralizing antibodies against SARS-CoV-2, the virus that causes COVID-19, it did not provide answers to questions about how well that protection could stop transmission of the disease, among other things, to the committee’s satisfaction. The lack of adequate safety data of the third dose among younger people, who are at higher risk of developing rare inflammation of heart tissue, was also among the reasons the committee decided not to recommend the booster at this time for the general population, citing the need for more evidence to support safety, to guide mixing and matching doses, and the impact a booster dose would have on transmission of the virus.

The information on mixing and matching doses is coming shortly from various studies investigating what types of immune reactions people generate if they receive one type of vaccine and get boosted with another; the results have been submitted to a journal but not published yet. Data on the safety could be collected in coming months as more younger get vaccinated and are followed, and scientists in Israel are also studying how a third dose affects transmission of the virus in the population.

Pfizer-BioNTech maintains that protection from its vaccine remains high enough to shield people from severe illness and in most cases, hospitalization and death; most vaccinated people who get infected experience mild disease. But there are worrying signs that with the Delta variant, the more transmissible variant that is now the dominant virus behind new infections, even that trend is changing. In Israel, more vaccinated people getting breakthrough infections are also getting more severe disease. Pfizer scientists say that the data suggest not that Delta is finding ways to escape the vaccine defenses, but that the protection from the vaccine is weakening.

The data showed that overall, after the first dose of the two-dose regimen, levels of antibodies that can neutralize SARS-CoV-2 remain low, which is why the company and the FDA initially recommended a second dose, three weeks later, when the vaccine was first authorized in Dec. 2020. The first dose helped to prime the immune system and educate immune cells to recognize the COVID-19 virus, while the second dose activated those cells more robustly.

Taken together, Pfizer-BioNTech maintained the data, as well as the continuing threat of Delta and potentially other new variants, warrant a booster. The FDA, however, countered that existing protection, especially against more severe disease, remains sufficient, and that the data don’t show that the decline in immunity necessarily puts people at risk. Members of the panel also raised concerns about the strength of evidence supporting a booster dose at this time, at least for the general population, noting the relatively small number of people in the Pfizer-BioNTech study and the short period of follow up especially for younger people. “It feels like there is a lot of data circulating that would be helpful to our discussion but is not available at this moment because it will be presented soon, so at this moment it is difficult to make a decision on [general] booster doses today,” said Dr. Steven Pergam, medical director at Seattle Cancer Care Alliance.

The committee members noted that because the recommendation is under EUA, it could be revised as more data come in to support the need to broaden the groups eligible for a booster dose. For now, they say, the focus should be on continuing to reach people who haven’t been vaccinated at all; that will likely have the biggest impact on slowing the spread of the virus and ultimately getting the COVID-19 pandemic under control.