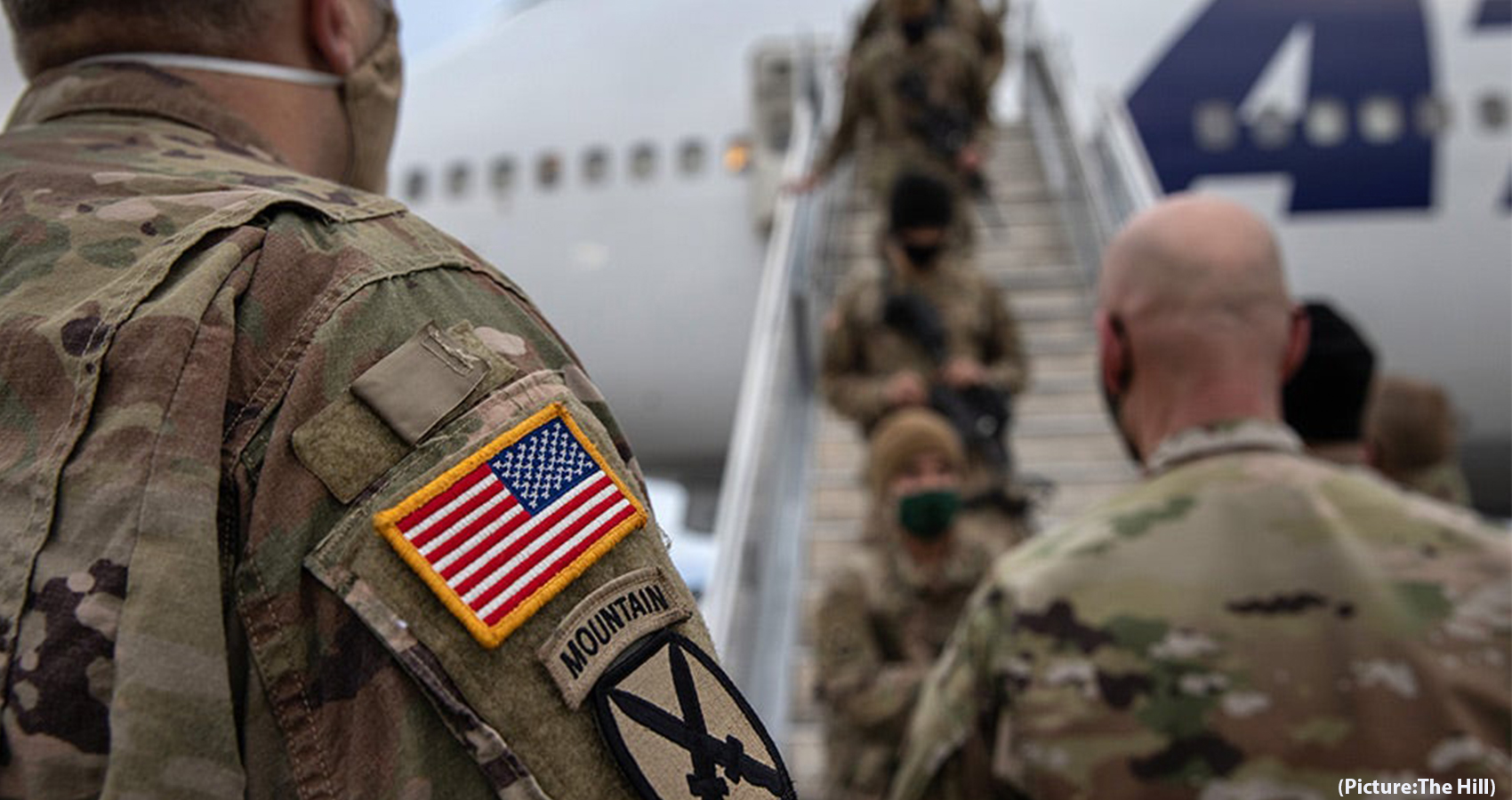 The last US military planes have left Afghanistan, Commander of US Central Command, Gen. Frank McKenzie announced Monday, August 30th at the Pentagon. The US departure marks the end of a fraught, chaotic and bloody exit from the United States’ longest war.”I’m here to announce the completion of our withdrawal from Afghanistan, and the end of the military mission to evacuate American citizens, third country nationals, and vulnerable Afghans,” McKenzie told reporters. “The last C-17 lifted off from Hamid Karzai International Airport on August 30th, this afternoon, at 3:29 p.m. East Coast time, and the last manned aircraft is now clearing the airspace above Afghanistan.” 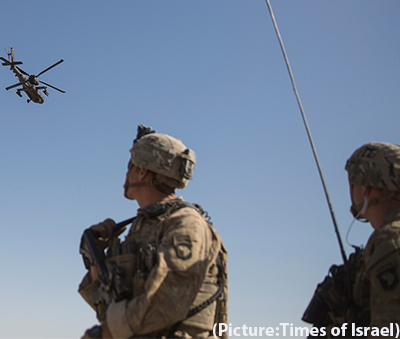 Nearly 20 years after the US invaded Afghanistan to avenge the terror attacks of September 11, 2001, and strike at al Qaeda and the Taliban, which hosted Osama bin Laden, another American administration is leaving the country in the control of Taliban militants who still maintain close ties to al Qaeda and other terrorist organizations. President Joe Biden said the mission was accomplished years ago, with the killing of Osama bin Laden and the degrading of Al Qaeda. He said he would no longer put American troops in the middle of a civil war.

The US will only engage with the Taliban government if it is in “our vital national interest”, US Secretary of State Anthony Blinken said. He said Washington will not work with the Taliban “on the basis of trust or faith” but on what it does with respect to its commitments for free travel for Afghans, protecting the rights of different groups including women, and preventing terror groups from gaining a stronghold. “Any legitimacy will have to be earned,” he said. The departure marks the first time in nearly two decades that the US and its allies have not had troops on the ground in Afghanistan and — after $2 trillion in spending and nearly 2,000 US troops killed in action — the pullout raises questions about the utility of a war that saw the service of parents and then their grown children.

With no US diplomats remaining in the country a senior State Department official said that they expected the US Embassy in Kabul to suspend embassy operations upon the end of the military retrograde but said “that doesn’t mean that we are suspending any commitments to American citizens in Afghanistan, to at risk Afghans, to the Afghan people.” Even as Biden pulls the US from the country, Afghanistan looks likely to shadow him politically and engage him militarily — on Monday, White House officials said the President is continuing the hunt for terrorists in the country, telling his military commanders to “stop at nothing” to avenge the deaths of 13 US service members at Kabul airport last week.

Enter your email to sign up for CNN’s The Point with Chris Cillizza. More than 122,000 people have been airlifted from Hamid Karzai International Airport since July, Pentagon spokesman John Kirby told reporters, including 5,400 Americans. A senior State Department official said the department believes there are fewer than 250 American citizens currently in Afghanistan who may wish to leave, as US officials stressed a Taliban commitment to let Afghans leave the country after the US and allies’ withdrawal. The State Department official put the number of American citizens who have left the country through evacuation flights or other means closer to 6,000. In the 24 hours leading up to Monday morning, 26 military C-17 aircraft lifted off from Kabul carrying 1,200 evacuees, according to Gen. Hank Taylor, the deputy director of regional operations for the Joint Staff, who spoke alongside Kirby at a Pentagon briefing earlier Monday.

In total, 28 flights departed from Kabul airport in that 24-hour window, Taylor said.

In the same 24-hour period, the US conducted a drone strike that killed multiple civilians, including children, the Kabul airport was targeted by rocket fire, and military officials continued to warn of active, specific threats to the evacuation effort. The “threat stream is still real. It’s still active, and, in many cases, it’s still specific,” Kirby said at the Monday morning briefing when asked if another attack on the airport was still likely. Taylor added that military operations were continuing with a focus on the security of the US troops in Kabul, and the military would have capability to evacuate Afghans until the very end.

“We’re taking it very seriously and we will right up until the end,” Kirby said.

Along with the military exit, the US is pulling out all diplomatic representation, leaving open the question of whether it will formally recognize the Taliban as the rulers of Afghanistan. The formal military and diplomatic “retrograde” is ending even as the US leaves behind Americans, some of whom did not want to leave and others who may have already left, according to State Department officials, as well as vulnerable Afghans who worked for the US military and now face possible Taliban retaliation. That tragically unfinished business will become part of the broader political challenge that Biden faces as he enters the second half of his first year in office.  The airlift, which started as a seemingly haphazard and hastily organized effort, was scarred by the deaths of 13 service members last week and the death sentence hanging over Afghan translators who helped US troops and diplomats but were unable to escape the country. In addition, Biden’s decision to leave will be shadowed by questions about whether and how well the threat of terrorism emanating from Afghanistan has really been addressed.

Trump said that while leaving Afghanistan is “a wonderful and positive thing to do,” he had set a May 1 withdrawal deadline and added that “we should keep as close to that schedule as possible.” “I wish Joe Biden wouldn’t use September 11 as the date to withdraw our troops from Afghanistan, for two reasons. First, we can and should get out earlier. Nineteen years is enough, in fact, far too much and way too long,” Trump said, adding: “September 11 represents a very sad event and period for our Country and should remain a day of reflection and remembrance honoring those great souls we lost.” Trump is the latest former commander in chief to weigh in on Biden’s plan, with both former Presidents George W. Bush and Barack Obama having spoken to Biden ahead of his announcement last week. Obama praised Biden’s decision to end the nearly 20-year war, which has spanned all four administrations.

US forces finally withdrew from Afghanistan on Monday, a day ahead of the deadline set by Joe Biden, bringing to an end a deployment which began in the wake of the September 11 attacks two decades ago. The end of the Western military presence – the UK had already pulled out its remaining troops – also concluded the airborne evacuation effort from Kabul, leaving Afghans wanting to escape the Taliban facing an uncertain future. For the 38 million Afghans that remain in the country, there is significant uncertainty over what kind of rule the Taliban will impose. Will they bring back the harsh rules and punishments that characterised their last spell in charge of the country. Many Afghans look at Taliban rule in rural areas and fear that they have not changed, but that they’ve somehow got even worse.

The Taliban proclaimed “full independence” for Afghanistan after the US withdrawal.

The new regime in Afghanistan faces pressure to respect human rights and provide safe passage for those who wish to escape its rule following the passage of a UN Security Council resolution. The council adopted a resolution in New York – with Russia and China abstaining rather than wielding their vetoes – in what the UK hopes is a step towards a unified international response. But the resolution effectively acknowledges that it is now up to the Taliban to decide whether people can leave Afghanistan. The UK’s ambassador to the UN, Dame Barbara Woodward, stressed that “a co-ordinated approach will be vital to counter any extremist threat emanating from Afghanistan”. The humanitarian situation also needs to be urgently addressed – with complete access for UN agencies and aid organizations – and the progress made on human rights in the 20 years since the US-led coalition became involved in Afghanistan must also be protected, she said.

“Today’s resolution is an important step towards a unified international response to the situation in Afghanistan,” Dame Barbara said. “We will continue to build on this to ensure the council holds the Taliban accountable on its commitments. The Taliban will be judged by the international community on the basis of their actions on the ground, not their words.”