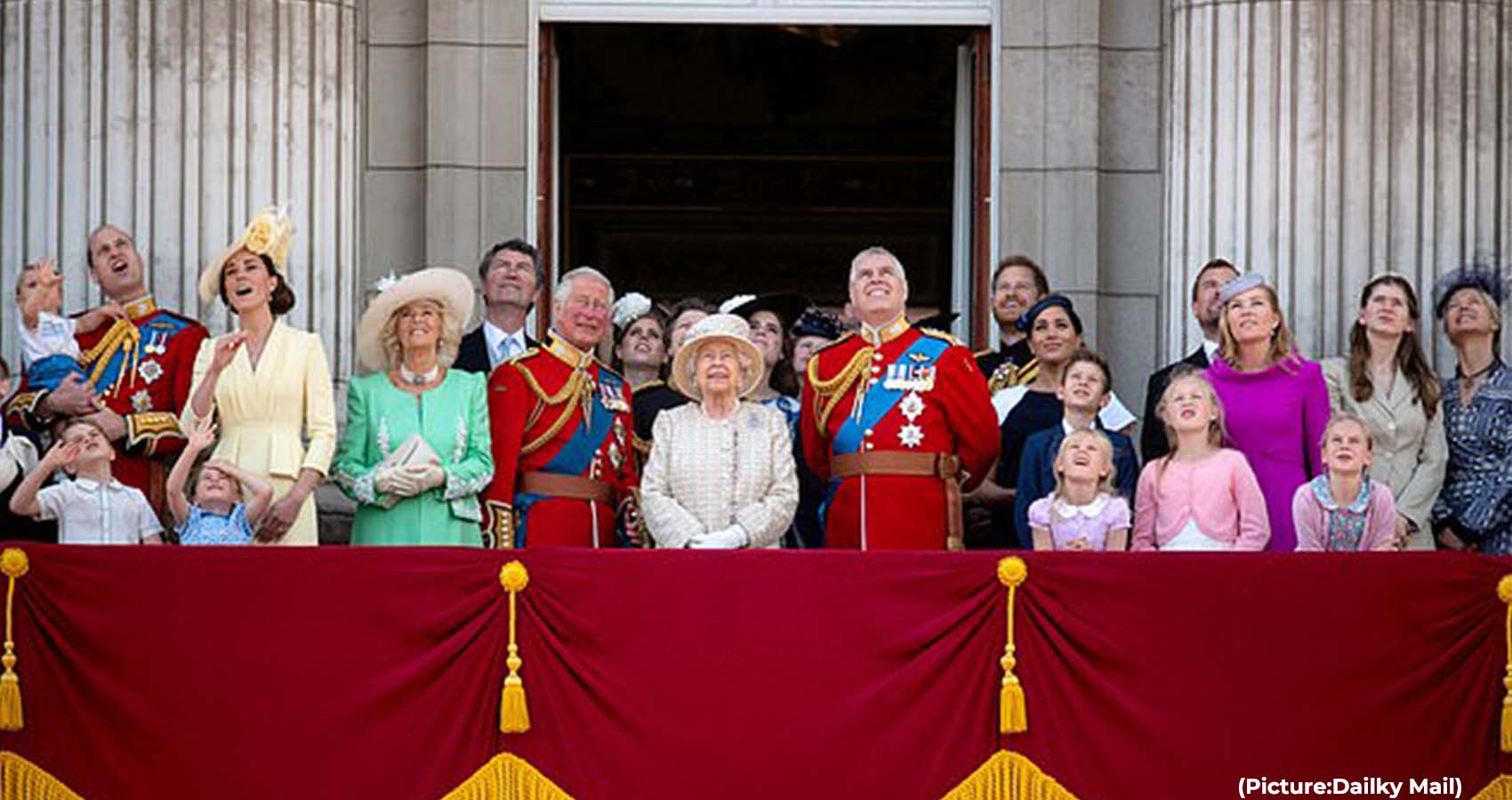 If you want to understand a nation, listen to its national anthem. “The Star-Spangled Banner” urges Americans to look out for the flag that waves over “the land of the free and the home of the brave.” “La Marseillaise,” the anthem of republican France, calls its citizens to arms. But the UK’s national anthem is a prayer, urging God to “save” — grant long life to — the queen.

It’s a clear sign that in Britain, the head of state, the country and faith are inextricably linked. This week “God Save the Queen” has been ringing out across Britain as the country has marked the 70th anniversary of the accession of Elizabeth II, the longest-serving English monarch. 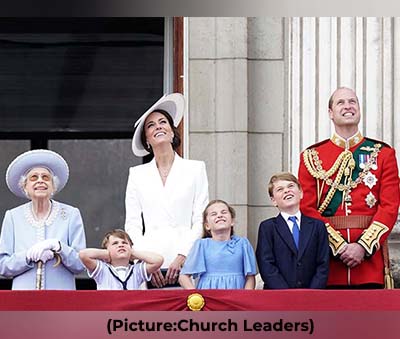 When Elizabeth came to the throne in 1952, Britain was still being rebuilt after the end of World War II and its heavy bombing campaigns; Winston Churchill was prime minister and the country still had an empire. The young queen’s coronation suggested a new era — as the millions of television sets purchased to watch the live broadcast of the ceremony from London’s Westminster Abbey signaled.

But the coronation itself was steeped in tradition and confirmed the continuing intertwining of the monarchy and religion. The ceremony can be traced back more than 1,000 years and involves the anointing of the monarch who commits his or herself to a life of service to God and the people through sacred promises. One of those, to uphold the Protestant religion, is also a reminder of the religious divisions of the past. 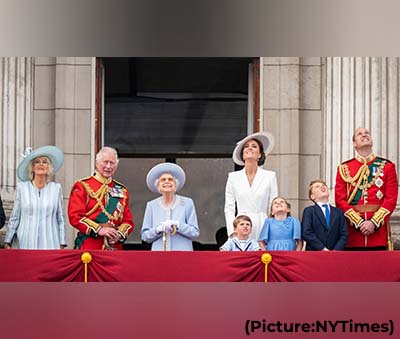 Today, the role of Supreme Governor indicates the British monarch retains a constitutional role regarding the established Church of England but does not govern or manage it. The modern Elizabeth has left that to the bishops, although she addresses general synods and has a role as a listener and guide to her primate, the Archbishop of Canterbury.

But while Defender of the Faith has been over the years an inherited title and little more, Elizabeth II appears to have embraced it and made it her own, speaking out very openly in recent years about her own Christian faith and explaining how it has provided the framework of her life.

She has done this mostly through the medium of her annual Christmas message, a tradition begun by her grandfather, George V, in 1932, and continued by her father, George VI. Her early Christmas Day broadcasts were platitudinous — the holidays as an occasion for family was a frequent theme. In 2000, however, she spoke of the Millennium as the 2,000-year anniversary of the birth of Jesus Christ, “who was destined to change the course of our history.”

She went on to speak very personally and frankly about her faith: “For me the teachings of Christ and my own personal accountability before God provide a framework in which I try to lead my life. I, like so many of you, have drawn great comfort in difficult times from Christ’s words and example.” Similar sentiments have been aired at Christmas ever since.

God did get significant mention along the way. In 1947, when she was 21 and six years from becoming queen, Elizabeth broadcast a public commitment, saying: “I declare before you all that my whole life whether it be long or short shall be devoted to your service … God help me to make good my vow.” 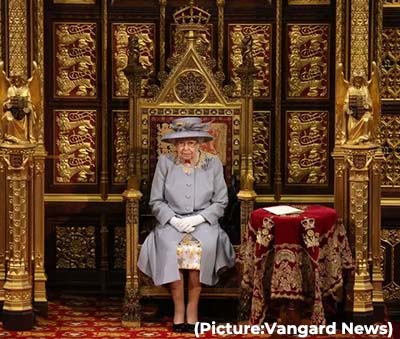 As she planned her coronation with dress fittings, selecting music and getting the crown jewels from their display in the Tower of London, there were also sessions with then-Archbishop of Canterbury Geoffrey Fisher, who provided her with a book of special prayers — a volume she keeps to this day among her most treasured possessions.

The spiritual foundations of the British monarchy are to be found in Scripture’s ideas about humility and wisdom being the great virtues of kings. Then there are the Gospels, with accounts of Jesus, the servant king, who has come to serve others. Key passages on this theme, from the Gospels of John and Matthew, are read at a Maundy Thursday service where the queen distributes gifts to elderly people, an ancient ceremony meant to imitate Christ serving his disciples by washing their feet.

The queen also leads the nation at regular services honoring the war dead, or offering thanksgiving for her jubilees, but worship is not, for her, only a public show. She has attended church regularly throughout her life and is said to have an uncomplicated, Bible and prayer-book based faith.

That love of the Bible was something she shared with the American evangelist Billy Graham, whom she invited to preach for her on several occasions (though the close friendship the Netflix series “The Crown” suggested between them seems far-fetched). She relies on the deans of Windsor — the clerics who run St George’s Chapel, at Windsor Castle, where Prince Harry and Meghan Markle married — for spiritual solace.

Her husband, the late Duke of Edinburgh, and her son, Prince Charles, the heir to the British throne, always displayed a more intellectual curiosity about religion, including a great interest in both other Christian denominations and other faiths. Over the years, as Britain has become increasingly diverse, Elizabeth has expressed an increasing openness as well. She has encouraged members of all faiths to be present at great church occasions during her reign and in the annual Commonwealth Day service held at Westminster Abbey. She regularly meets different faith leaders, including five popes — a remarkable turnaround for a monarchy that once broke so spectacularly from Rome — though she has not gone so far as to ask other religious leaders to play any sort of role for her, such as be a chaplain.

There has been talk of disestablishment of the Church of England, even in Anglican circles, with some concern it privileges one religious group above others in an increasingly diverse nation. Disestablishment would unravel the connection between the monarch, the Church of England and the state, which survives in Britain since the time of the Reformation. Change would mean the removal of Church of England bishops from the House of Lords, although there has been little call for this from other faiths. Rather, they prefer representation of faith at the highest levels of the British Parliament.

But that issue of privileging seemed apparent when the queen spoke at Lambeth Palace in 2012, suggesting the Church of England might act as a sort of umbrella under which other faiths might shelter, by saying Anglicanism “has a duty to protect the free practice of all other faiths in this country.”

The importance of other faiths was expressed Friday morning at the Platinum Jubilee thanksgiving service at St Paul’s Cathedral, in London, where not only leaders of Christian denominations but of other faiths were present, including Buddhists and Jews.

One major difference at today’s thanksgiving service compared to previous ones for her reign’s major anniversaries was the frequent references to looking after God’s creation. In the twilight years of her reign, she is coming to share Prince Charles’ interest in the environment, but placing it firmly within her Christian concerns.

Attention is inevitably turning now to the next reign, with speculation about how much of an Anglican ceremony the next coronation will be. The Church of England will undoubtedly take the lead, but just as Princess Diana’s Westminster Abbey funeral combined tradition and innovation, as Commonwealth Day services have done for years, the next coronation will most likely offer that blend, too.

Charles once said he would become Defender of Faith, rather than Defender of the Faith, expressing concern that he needed to recognize the changing religious nature of Britain. He has since retracted this, indicating he will adopt the traditional title. Even so, he has engaged frequently with other faiths, particularly Judaism and Islam.

His interest in Islam has in part been aesthetic, with a particular appreciation for Islamic art and architecture, but he has also commented on its metaphysical, holistic view of the world and humanity’s place in it, even as he has also expressed concerns about the radicalization of young people. While this interest in Islam and an awareness of the growing population of Muslims in Britain has led to his support for Islamic organizations, such as the Centre for Islamic Studies at the University of Oxford, in more recent years he has reined back on it a little and instead become far more outspoken about the persecution of Christians in the Middle East.

The Prince of Wales has undoubtedly been innovative in his work, creating charities that work with young people, and championing the environment. But he likes tradition, too, be it church music or the Book of Common Prayer. All signs are that his coronation will be like the man, with an innovative sheen on ancient tradition and a sincere regard for faith in diverse Britain.

Catherine Pepinster is the author of “Defenders of the Faith – the British Monarchy, Religion and the Next Coronation,” published by Hodder and Stoughton.