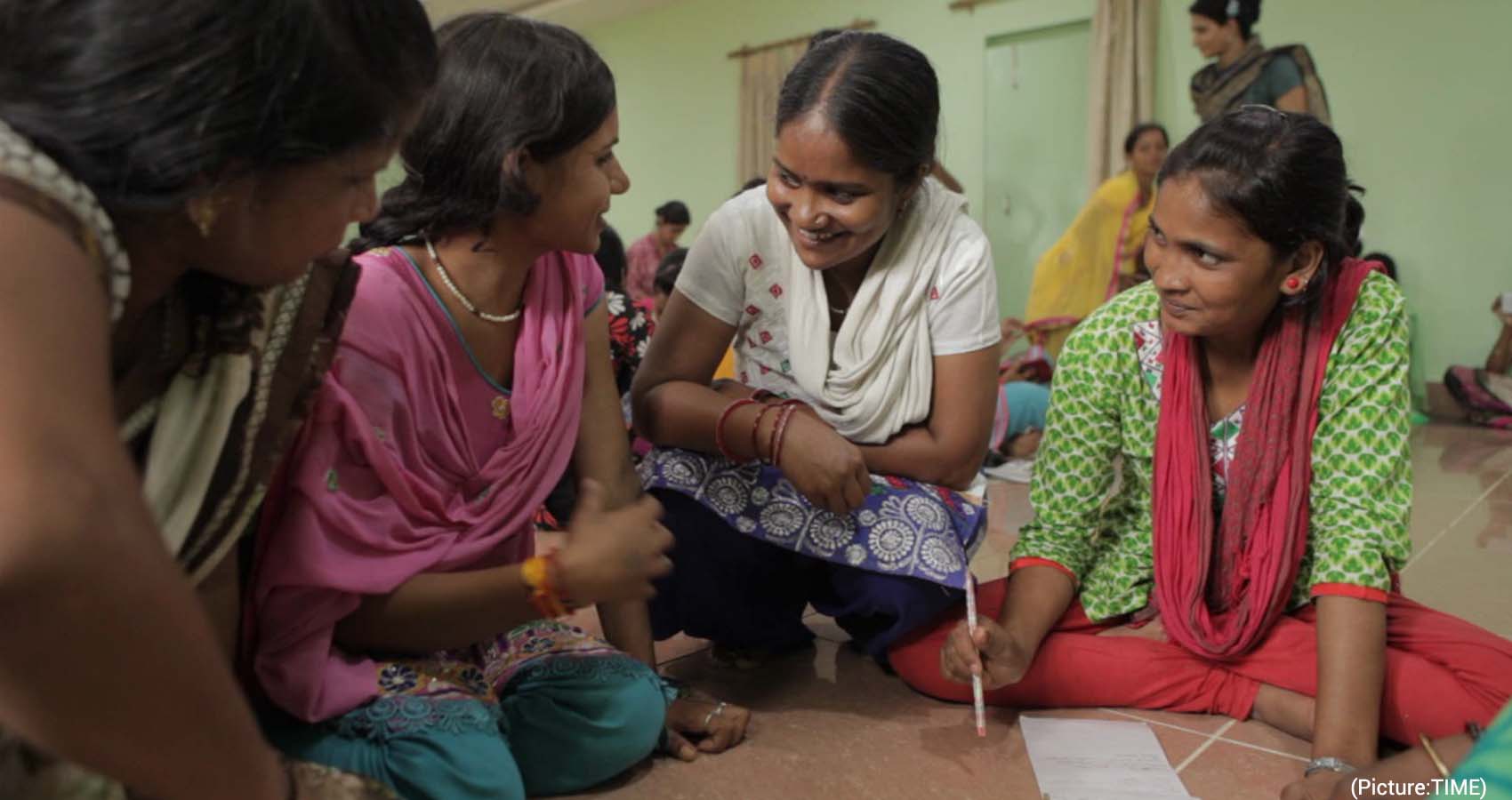 It’s 2016 and inside a newsroom in India, a group of rural female journalists are discussing why they need to pivot away from print reporting to digital. It’s a conversation that would feel familiar to journalists across the world—except many of the reporters at the online news outlet Khabar Lahariya have never even touched a smartphone, let alone used it to capture video. “I’m scared,” one woman says, noting that she is still learning how to report for print. Another explains that she doesn’t even use the phone her family has for fear she may damage it. But as time goes on, they learn anyway.

When filmmakers Rintu Thomas and Sushmit Ghosh sat in on this conversation at Khabar Lahariya, it confirmed that they had stumbled upon something special. A year earlier, they set out to create the documentary Writing With Fire, which closely follows a handful of Khabar Lahariya’s journalists from 2016 through 2019. The film marks the married couple’s first feature debut and was made by their production company Black Ticket Films, which focuses on social justice issues.

Khabar Lahariya’s journalists report on illegal mining, rape cases, subpar sanitation, elections and religious polarization in their local communities in Uttar Pradesh, India—the country’s most populous state and one with significant caste discrimination and high rates of crimes against women. The award-winning film, which premiered at Sundance in January 2021, was recently shortlisted for an Oscar in the ‘Documentary Feature’ category. In a group interview with TIME staff on Jan. 20, and in later follow-up conversations, Thomas and Ghosh shared how they approached the story and their experiences working on the film and releasing it during the pandemic. “We wanted the audience to have an immersive experience of what it means being a Dalit woman journalist working in Uttar Pradesh,” Ghosh says. 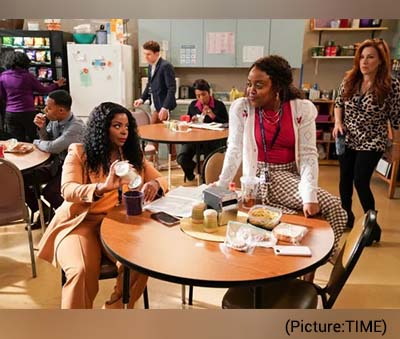 The women at Khabar Lahariya, which translates to ‘Waves of News’ are predominantly Dalit—among one of the most marginalized groups in India, which includes individuals oppressed as lower-caste or those falling outside the caste system altogether.

The central character of Writing With Fire is Meera Devi, who is the outlet’s chief reporter when the documentary begins. (She is now bureau chief.) Devi is a charismatic leader who is deeply invested in the growth of the journalists working for her and the stories she tells. In one scene, Devi—who is Dalit herself—visits a Dalit neighborhood as part of her reporting on the national government’s Swachh Bharat Mission, which had promised universal sanitation for all Indians. She asks a woman whose family still has to defecate outside their home whether she thinks the government is lying when they say they have fulfilled this promise. “Look at the condition of my house. We have to take our children to the forest, even at night,” the woman responds. When Devi asks another Dalit family why their home is so far outside the main village, they say it’s because other communities consider them impure.

Devi and her family also face discrimination, too. She says in the film that her daughter’s classmate started mocking her upon learning that she was Dalit. “I tell my daughters their caste identity will always follow them. This is how our society is structured. But it’s important to challenge the system,” Devi says.

Devi serves as a dedicated mentor to those working under her, teaching them everything from how to use a smartphone and recognize the English alphabet to thinking critically about angles and framing. In one scene, she sits a junior reporter, Shyamkali, down to explain why her story about a religious guru could inadvertently promote his work and gloss over how some have used their status to sexually exploit women.

Initially, Shyamkali is one of the members of the newsroom who struggles most with her work. (In another scene, editors say she has a low monthly publication count.) But by the end of the film, her impactful reporting on a rape case leads to the arrest of the alleged perpetrator—a testament to her growth under Devi’s guidance. “The rigor with which they have trained each other is so strong and deep,” Ghosh says.

Devi approaches her interviews with a genuine curiosity, even when she may not agree with the views of those she is interviewing. “As journalists they are looking at the deep wounds of India with a compassionate lens, with a genuine intention to understand the world,” Thomas says. In one scene, she asks a man why he is wearing political insignia at a religious festival. When he responds saying that God doesn’t discriminate between the political and non political, she gently asks what has God got to do with politics.

While the film unpacks serious issues such as caste oppression and violence against women, the female reporters who drive the story maintain their spirits while out in the field. Part of that was by design: Thomas says she was tired of one-dimensional stories about female suffering that fail to portray the warmth and complexities of female solidarity. “People come in thinking that this is going to be a dark, heavy social justice film coming out of India and then they experience the intelligence, wit and acumen of these women and they’re like whoa,” Ghosh says. “The film wouldn’t be half as powerful without that.”

Thomas says the film also illustrates the importance of diverse newsrooms. In India, many newsrooms are dominated by dominant caste men. Meanwhile, at Khabar Lahariya, many of the reporters are survivors of the kinds of trauma and challenges that they write about in their stories. “They come from the communities that they report on. There is this added sense of: if I don’t show up at this place, at this time, tomorrow, nobody else will,” Thomas says.

The documentary notes upon closing that more than 40 journalists have been killed since 2014 in India, making it one of the deadliest countries to practice journalism.

Thomas and Ghosh hope the film moves viewers to consider how they can support independent local media, wherever they live. “The fourth estate, globally, is under duress and it’s important for citizens to champion its values, to find journalists and institutions whose work they believe in and find a way to support them,” Ghosh says.

Khabar Lahariya had already been operating for more than a decade when the filmmakers arrived to document their work. Now, their Youtube channel has almost 550,000 subscribers, their team is growing, and they are closely following this year’s elections in Uttar Pradesh.

Asked whether the filmmakers’ presence may have influenced Khabar Lahariya’s successful trajectory, they were clear that it was a coincidence “They’re a juggernaut. There was no stopping them,” Ghosh says. “It was like, this train is moving. Do you want to hop on or not?”