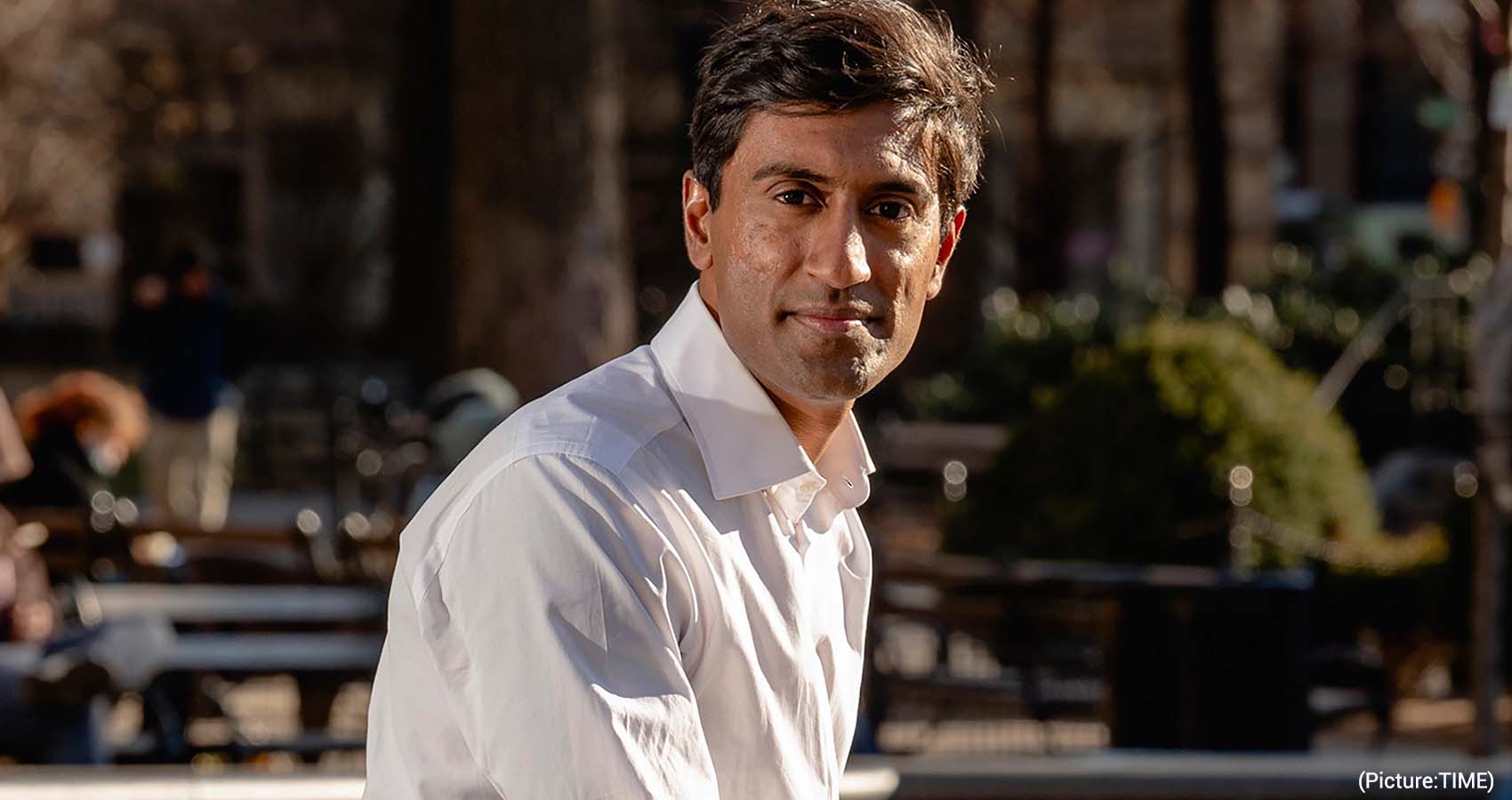 Millions of Americans face consumer debt lawsuits every year and for many low-income families, getting legal advice is limited. A quick Google search can give some generalized information on legal systems, but perusing the internet won’t provide any specific next steps for an individual’s case. Without the cost of a lawyer, the defendant will oftentimes lose their case by default. But giving free legal advice without a law degree in most states, including New York, is considered illegal.

Now Rohan Pavuluri, CEO and co-founder of Upsolve, a tech nonprofit that helps low-income families file for bankruptcy for free, is taking legal action on behalf of his business. Pavuluri, alongside Rev. John Udo-Okon, a minister in the Bronx, filed a lawsuit in federal court in January against the New York state Attorney General Letitia James’ office, arguing that the state’s law prohibiting people who are not lawyers from providing legal advice is unconstitutional and goes against First Amendment rights.

Upsolve, Pavuluri argues, should be able to make legal advice more accessible with a program that vets and trains local volunteers to give users assistance on what to do when sued by a debt collector.

“The way that our system is designed today is a civil rights injustice,” says Pavuluri. “There are so many areas within our civil legal system, including this, where we have modern day literacy tests and poll taxes in the form of complicated legal forms and legal fees that stop people from accessing their rights.”

The suit highlights the cases of Liz Jurado, Christopher Lepre and Tyler Evertsen, who were sued for an epidural medical bill, a loan for an already-returned broken car and for a debt that was never theirs, respectively. All three individuals couldn’t afford the legal fees to challenge it and lost their case, leading to bankruptcy and major financial setbacks.

Pavuluri spoke with TIME about the lawsuit his business is counting on winning.

This interview has been condensed and edited for clarity.

Why did you start Upsolve, and why did you file this lawsuit?

In so many ways, the legal fees that we make poor people pay are like poll taxes. If you can’t afford to pay the fee, you can’t access your rights. The mission of Upsolve has always been to fight for this new civil rights in America, which is the right to access your rights, regardless of how much money is in your bank account, including those navigating debt collection lawsuits. You need to do that with both simplifying the legal system and empowering people to use technology tools, but also empowering people to access individuals who are in their community and are trained to provide free, safe, accountable, legal advice. Unless you expand the supply of legal helpers (we call them justice advocates) available in America, there’s no way we can have equal rights under the law.

Why would someone want legal advice from a person trained but without a law degree?

The bar to get a legal license is quite expensive. It’s over $100,000 and oftentimes takes three years. You don’t need that legal license to provide the most basic routine legal advice that millions of Americans do need. What our program intends to do is train justice advocates who are not lawyers to provide safe, free, accountable legal advice and that is illegal today. You can go to jail, it’s at least a criminal offense in New York and in other states as well. It’s also illegal to receive free legal advice.

What type of people volunteer?

There are millions of frontline nonprofit staff in America, who are already embedded in communities of need, who better reflect the diversity of the communities in need, who are oftentimes better trusted by the community in need. Clergy members, patient advocates who deal with folks navigating a very complex healthcare system, including medical debt. There are librarians, social workers. They should be empowered to provide free, safe, accountable legal advice, in routine areas of law like debt collection lawsuits.

What problems arise when someone faced with a debt lawsuit can’t afford a lawyer?

Over 90% of people who are sued for their debt whether it’s a hospital, subprime auto lender or a third party debt buyer, don’t get any kind of legal advice and over 70% of the people who are sued, lose automatically without the court considering any of the underlying circumstances. The downstream consequences of losing a debt collection lawsuit unfairly are tragic. They include homelessness, hunger, poverty, wage garnishment and even in some cases, the downstream consequences include jail time because somebody doesn’t show up to a post judgment hearing and then they get an arrest warrant against them. It’s really one of the fundamental civil rights and justices that people lose these lawsuits and then face the financial consequences.

What are some examples of these types of cases you’ve come across?

There are three stories at the center of our case: Liz Jurado, Chris Lepre and Tyler Evertsen. As an example of what happened to them, Liz Jurado received a $12,000 surprise medical bill from her anesthesiologist for a routine epidural, which millions of women received during childbirth every year. And that medical bill drove her into bankruptcy and she was sued for that, she couldn’t defend herself, she lost without the court considering any of the facts from her side. A surprise medical bill should not drive people into bankruptcy. They each shared their stories of not being able to afford a lawyer and not being able to get free legal advice from a professional who is not a lawyer but who is trained to provide their assistance for free. Two of them used Upsolve when they needed to file for bankruptcy. Their stories are really powerful and they illustrate the tragedy of the American legal system which is when you can’t afford a lawyer, you can’t access your rights, and you can’t advance yourself financially.

Are all of these debt collection suits legitimate?

No. That is the problem. A lot of research indicates that Americans are being sued for debts that either they don’t owe or wrong amounts. In the case of Liz, Chris and Tyler, if they had the chance to be heard in court, there is a very good chance that their outcomes would have been different. We have two systems of justice: one for people who can afford it, and one for people who can’t.

What would a ruling in your favor mean moving forward?

I draw an immense amount of inspiration from folks like Clarence Gideon, who, from a prison in Florida, wrote to the Supreme Court and said, “I believe that each era finds an improvement in law. Each year brings something new for the benefit of mankind. Maybe this will be one of those small steps forward.” What we’re doing here is similar to the challengers in Miranda v. Arizona, where they establish Miranda rights and in Gideon v. Wainwright, which established a right to counsel in criminal cases. Those are two examples of court cases that vindicated constitutional rights and dramatically expanded access to the legal system and civil rights in the United States.

This is an economic, social and racial justice issue when you think about which group of people disproportionately cannot afford legal fees. It’s important to empower professionals who better reflect the diversity of the communities they serve to help those communities access the legal and financial system. This is at its core the American project. This lawsuit is about a very specific issue here, but embedded is a central question about the future of the United States. Do we want to live in a country where low income working class families can access the legal rights they’re supposed to be entitled to and can access equal rights under the law? Or don’t we?