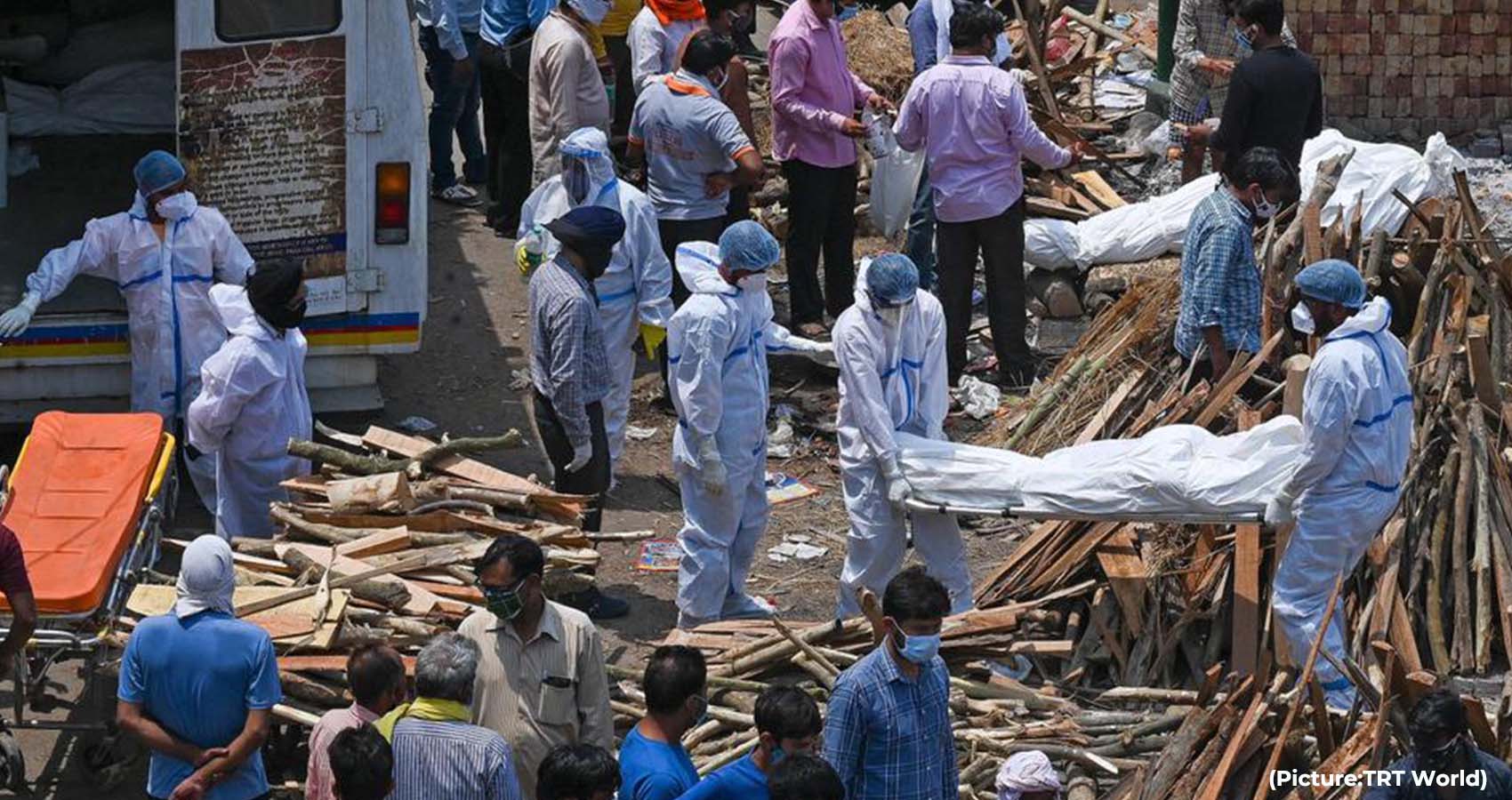 The official global total of Covid deaths around the world is far below the real tioll the pandemic has claimed. Everyone agrees the true toll is far greater than what has been officially reported.  A study released last year looked at how much of a disparity there may be in India, one of the epicenters of the pandemic.

The analysis, from the Center for Global Development, a think tank in Washington, D.C., looked at the number of “excess deaths” that occurred in India between January 2020 and June 2021 — in other words, how many more people died during that period than during a similar period of time in 2019 or other recent years.

The study found that between 3.4 and 4.7 million more people died in that pandemic period than would have been predicted. That’s up to 10 times higher than the Indian government’s official death toll of 414,482 at that point of time in the pandemic period in history.

The researchers looked at India in particular because, says study co-author Justin Sandefur, the country was hit so hard by COVID-19. “The second wave in particular led to heart-wrenching stories from friends and colleagues — and a sense that official numbers are not capturing the true scale of that toll.”

Not surprisingly, a technical advisory group (TAG) of the World Health Organization (WHO) has told Devex, an independent news and development platform that the Indian government asked the global health body to publish its estimates of the country’s pandemic death toll “10 years later.”

According to the TAG report, authored in collaboration with the United Nations Department of Economic and Social Affairs, India’s actual Covid-19 death toll is at least four times higher than its official count of over 5.2 lakh. Interestingly, the TAG team includes Dr Anand Krishnan, professor of community medicine at the All India Institute of Medical Sciences, apart from two other Indian-origin doctors.

The WHO is expected to publish the report in early April as scheduled as “it would be irresponsible to say let’s wait until the pandemic is over, then we will reflect.” The upward revision, says the WHO’s TAG, is based on a count of both direct and indirect impacts of the pandemic. According to Devex, which quoted a WHO spokesperson, “the excess mortality estimates associated with Covid-19 provide a more comprehensive measure of the impact of the pandemic” since “the direct measure (deaths directly attributable to Covid) provides only a limited, and in many cases problematic measure.”

A spat in the making?
India, which has often bristled at previous independent studies, including by the medical journal Lancet, that have pegged its official Covid-19 death toll as a gross undercount, has hotly contested the WHO’s estimate, with the global health body’s report expected to double the worldwide death toll due to the pandemic from the current 6.14 million.

When counting “excess deaths,” the cause of death is not part of the data set. But during a health crisis like the pandemic, the assumption is that these additional deaths are part of the COVID-19 toll, said Ali Mokdad of the Institute for Health Metrics and Evaluation (IHME). They reflect not only those who died of the virus but those who might have died, say, of heart disease or diabetes because they were afraid to seek treatment during lockdowns, and those who killed themselves due to pandemic stresses, he added.

India’s official Covid-19 death toll has also come under scrutiny from the Supreme Court while fixing the compensation amount to be paid to next of kin of the deceased as several states have paid the ex-gratia to more number of people than the official death count. That apart, some states have also carried out ‘reconciliation’ exercises between actual and official fatalities.