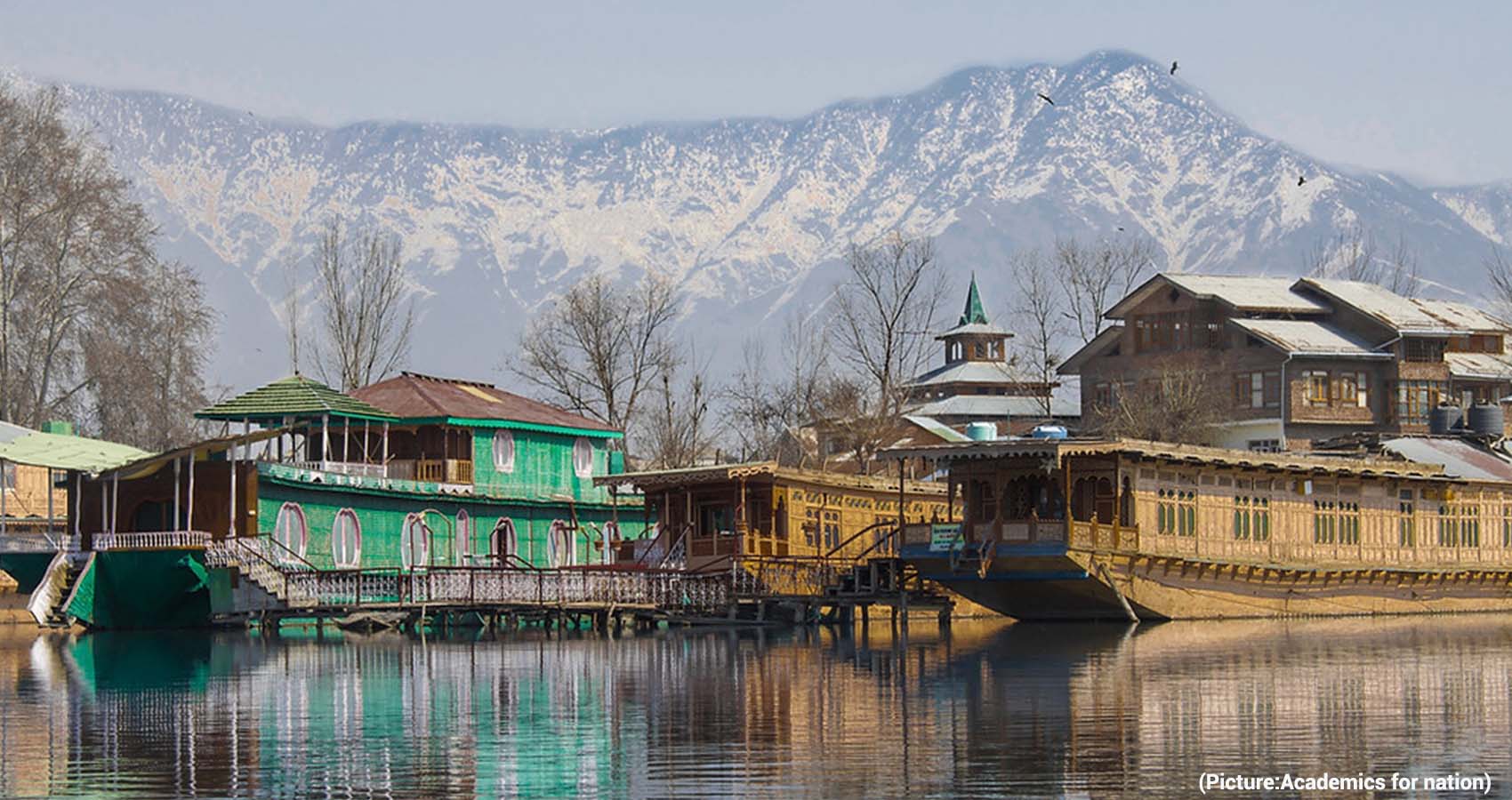 Since then, the region has seen many positive developments. All Central laws have been extended to the UT including legislations meant for protecting and promoting social, economic, and political rights of women, children, under-privileged sections as well as those for ensuring transparent and accountable governance. These include the Right to Information Act 2005, Right of Children to Free and Compulsory Education Act, 2009, The Maintenance and Welfare of Parents and Senior Citizens Act, 2007, The Right to Fair Compensation and Transparency in Land Acquisition, Rehabilitation and Resettlement Act, 2013, Scheduled Tribes and Other Traditional Forest Dwellers (Recognition of Forest Rights) Act, 2007 etc.

The UT has now amended the Panchayat Act for establishment of the 3rd tier of Panchayats at district level. This is a step forward to strengthening grass-root democracy. Elections to Block Development Councils (BDC) were held for the first time in the history of J&K in October 2019 with 98.3 % voter turnout. For the first time, women benefited from reservation bringing them into mainstream politics. In October-November 2020, elections were conducted for District Development Council, with 51.7 % voter turnout. The newly elected BDC chairpersons and Sarpanchs were sent for training visits to other states. 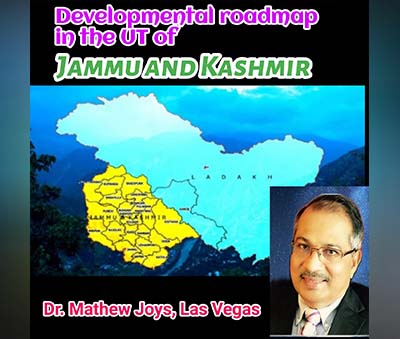 Over USD 230 million has been devolved through Panchayat institutions for MGNREGA, Mid-Day meals and other programs. 44 Digital village centers have been established at Gram Panchayat to provide internet access to rural areas as well as access to e-delivery of Government services. Over 70,000 ration cards were seeded with Aadhar while 50,000 families were covered under state-sponsored Health Insurance Schemes. Over 15,000 loans have been sanctioned which included 4600 loans for women entrepreneurs.

To improve infrastructure in villages, over 20,000 development works have been identified directly by the people, of which 7000 have already been executed. Under the Budget Estimation Allocation Monitoring System – information regarding funds released by the Government for developmental projects can be monitored, thus ensuring transparency in allocation and disbursement of Government funds. An integrated grievance redressal and monitoring system was launched in September 2020, to provide an online grievance redressal system to the people of J&K. Over 85,000 grievances have been received, with over 90 % grievances being satisfactorily dealt with.

J&K Industrial Development Policy 2021-30 has been notified with an outlay of INR 28,400 crores to provide incentives to all new industrial units being set up in the UT as well as any existing units undertaking substantial expansions. J&K Industrial Land Allotment Policy 2021-30 has been adopted under which land has been allocated to 15 industrial projects with a projected investment of INR 1,548 crore (200 million USD). Single window clearance rules have been notified.

Under Prime Minister’s Development Package 54 projects have been identified with the investment of INR 56,261 crores (USD 7.5 billion). 20 of these projects have been completed/substantially completed. 13 more are likely to be completed by the end of 2021-22 and remaining by 2022-23.  The completed projects include the all-weather 8.45 km long hi-tech tunnel between Qazigund and Banihal built at a cost of USD 420 million. Rambagh flyover in Jammu has been completed. During 2020-21, 1289 road construction works were completed at a cost of INR 1638 crores (USD 220 million). Construction work of 14500 km of road has been completed so far under Pradhan Mantri Gram Sadak Yojna, which has connected about 2000 places. The Udhampur-Sringara-Baramulla Railway Link project is under construction. The world’s highest railway bridge is being built over the Chenab river for this link. An international flight from Srinagar to Sharjah has been started in October 2021. In addition, nine flights from Jammu and Srinagar have also been started.

Power generation capacity is to be doubled in the next 3 years. 3500 MW of hydro-power capacity was installed in the last seven decades, another 2500 MW is to be added by 2024-25. J & K achieved 100% household electrification. Over 350,000 beneficiaries were covered by laying down new electric cables in remote areas and thus eliminating dependency on diesel generators. All 18.16 lakh rural households of J&K to have functional household tap connections by March 2022. 100% saturation has been achieved in 17 individual beneficiary centric schemes, including Saubhagya (universal household electrification), Ujala (domestic lighting program), Ujjwala (LPG connections to deprived households) and Indradhanush (full immunization of children) schemes. Social Security schemes have been expanded to include over 270,000 additional people. Transgender people have been added for the first time to provide them with pension benefits.

J&K has received investment proposals of over USD 4 billion. The J&K Government has also entered into six agreements with global investors at the Dubai Expo 2020 to bring in investments in real estate, infrastructure, tourism, healthcare, and manpower development.

7 new medical colleges and hospitals including 2 AIIMS, 2 cancer institutes, bone institutes and child hospitals are being established in J&K. IIT Jammu and IIM Jammu have started functioning from its own campus while work on AIIMS Jammu has started. Seats for graduation in medicine (MBBS) have been increased from 500 to 1100.

50 new colleges are being established with additional opportunities to over 20,000 students. Government has facilitated translation of textbooks in local languages of Dogri, Hindi, Kashmiri, and Urdu for primary schools. Two special Centers have been established in Jammu and Srinagar for providing tutoring and guidance to students for civil services and other competitive examinations under the PARVAAZ Scheme. In addition, scholarship assistance is being provided to students. Centers for Invention, Innovation, Incubation and Training have been established in Jammu and Baramulla as a joint venture between the Government and Tata Technologies, to provide training to unemployed engineers. During FY 2021-22 nearly 140,000 persons have been covered under various self-employment schemes of the Government. Government plans to establish 1,000 Atal Tinkering Labs in J&K, of which 187 will be established by the end of FY 2021-22. Work on two IT parks, one each in Jammu and Srinagar, and rural BPOs in all district headquarters will be commenced soon. This will provide employment opportunities to youth.

Sports infrastructure has received impetus in J&K. Under Prime Minister’s Development Package for upgradation of sports infrastructure, Government has allocated INR 200 crore (26 million USD) to the region. Government is developing two Khelo India Centres of Excellence in Jammu and Srinagar.

To boost agriculture sector, a unique market intervention scheme for J&K has been introduced – Government of J&K has entered into an agreement with National Agricultural Cooperative Marketing Federation of India Ltd (NAFED) wherein NAFED will invest nearly USD 230 million into high density plantations of Apple, Walnut, Cherry, Pear over the next five years in order to increase produce. Moreover, Kashmiri Saffron has been given the Geographical Indication (GI) tag. Government is working on developing 3 cold storage clusters with the investment of INR 500 crores (67 million USD).

J&K has one of the highest budget allocations for healthcare sector (5%) in India.  Free and universal healthcare insurance scheme in J&K has been extended to all its residents.  J&K is one of the leading UTs in India in COVID-19 vaccination coverage, having fully vaccinated more than 99 % of its adult population. Booster dose vaccination campaign for health care and frontline workers and elderly has been launched. Government has provided special monthly pensions and scholarships to the families who have lost their bread winners to COVID-19.

As per the recent data released by the Home Ministry, compared to 2019, number of terrorist incidents have reduced in the region by 59% in 2020. The incidents reduced by a further 32% till June 2021 compared to the corresponding period in 2020. The UT of J&K is witnessing governance reforms, implementation of progressive legislations and big impetus to economic development. Currently, J&K is positioned 21st in the ‘ease of doing business’ rankings among 36 states and UTs.