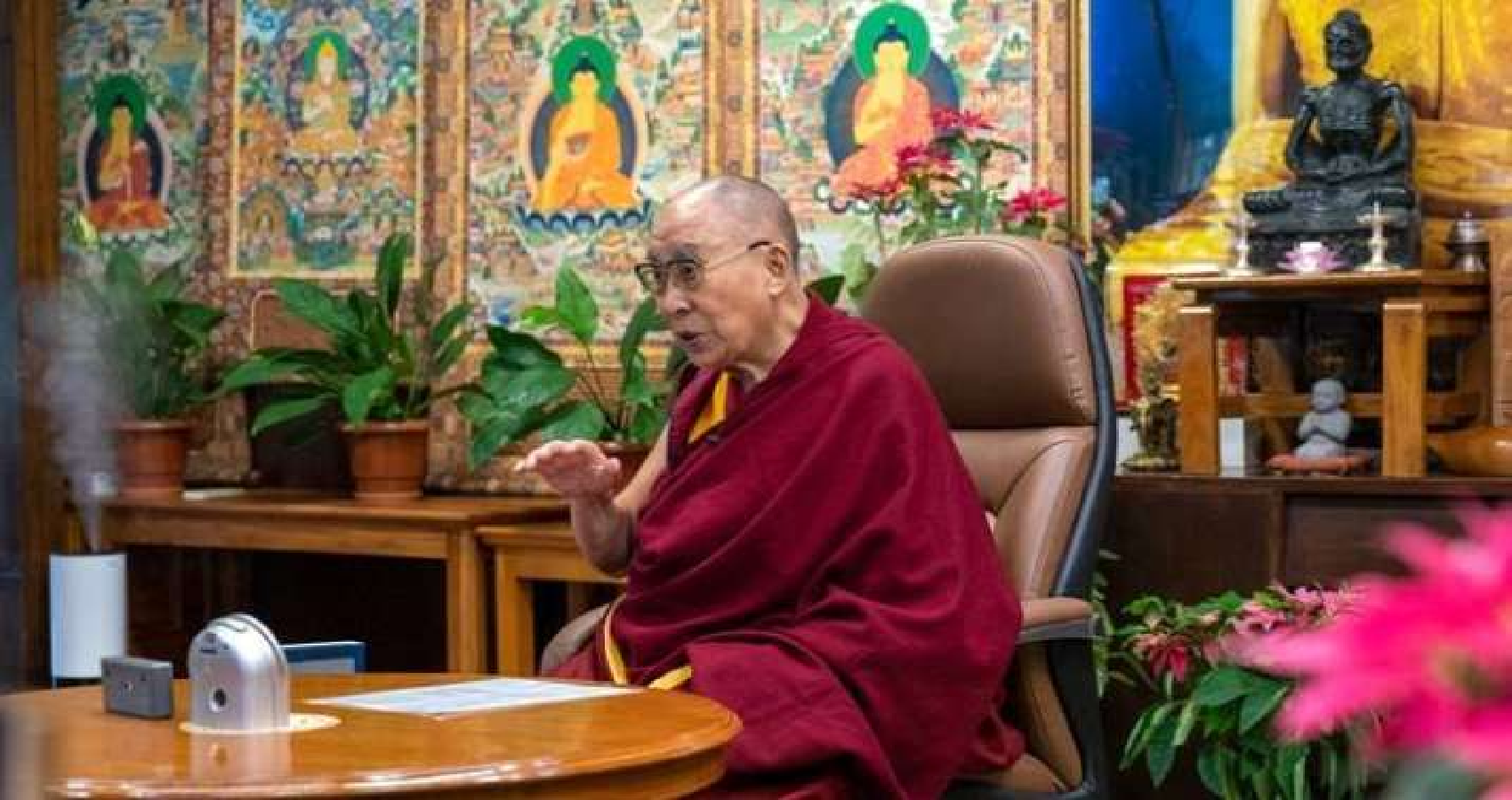 His Holiness the Dalai Lama last week conducted an in-depth online dialogue with Russian neuroscientists to discuss their ongoing research into the Buddhist phenomenon and practice of thukdam meditation (Tib: ཐུགས་དམ་).

The term thukdam, derived from the Tibetan words thuk, meaning mind, and dam, meaning samadhi, describes an advanced type of tantric meditation in the Vajrayana tradition practiced by a Buddhist adept during the intermediate or transitional state of death known as bardo. During this period, when biological signs of life have ceased yet the body remains fresh and intact for several days, the master is described as being absorbed in the primordial “clear light stage,” a process of inner dissolution. In 2018, the Dalai Lama initiated a scientific inquiry into the neurophysiological mechanisms of thukdam.

“We need to undertake more research and investigate more cases of thukdam to establish whether the visions are associated with dissolution of the coarser elements,” His Holiness said during the dialogue on 5 May. “Since it is observed that the body of a person going through this process can remain warm, it may be that the dissolution of the earth, water, and fire elements do not coincide with the three visions.” (His Holiness the 14th Dalai Lama of Tibet)

Meanwhile, reports suggest, in a first scientific evidence, Russian scientists have demonstrated that the body of a person in the rare spiritual meditative state of ‘thukdam’ is in a quite different state from the body of someone undergoing the ordinary process of death.

The scientists have established research laboratories in the Tibetan settlements in Bylakuppe and Mundgod in Karnataka where they have examined 104 monks in meditation. They are carrying out a project of research into ‘thukdam’, the phenomenon that sometimes occurs when an accomplished meditator dies and their subtle consciousness remains in the body, even after clinical death.

Recently the scientists were able to observe a monk who was in ‘thukdam’ for 37 days at Gyuto Monastery. They invited a forensic physician to examine the physical body at various stages after death.

These facts came to light in a virtual conversation between Tibetan spiritual leader, the Dalai Lama, and Professor Svyatoslav Medvedev of the Russian Academy of Sciences and founder of the Institute of the Human Brain on Wednesday. 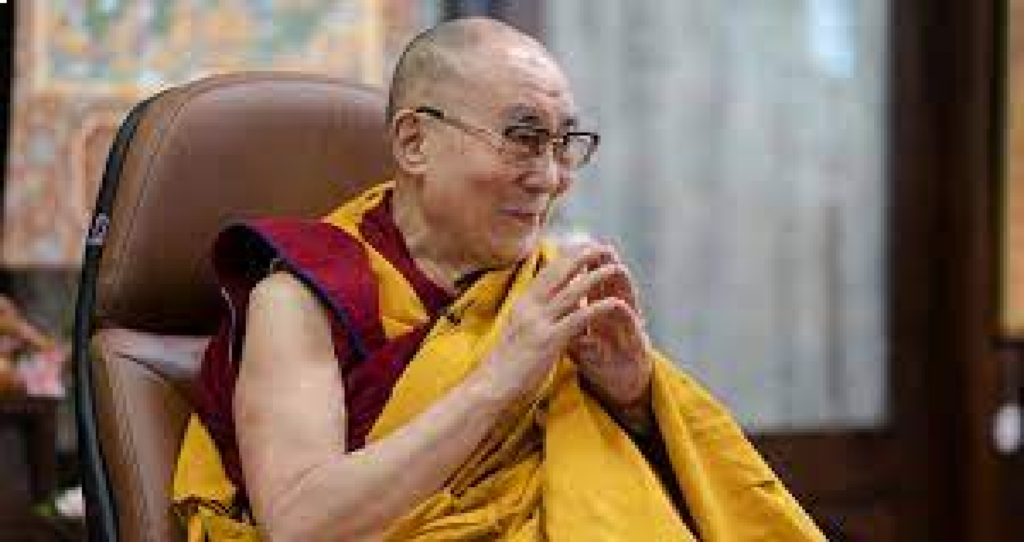 On query of Professor Medvedev that what value the study of ‘thukdam’ could have for humanity in general. The spiritual leader replied Tibetan Buddhists believe that people go through a process of dissolution in the course of death.

Once some accomplished meditators cease breathing, the process of dissolution they go through includes three visions — whitish appearance, reddish increase and black near attainment.

In the course of these three stages 80 different conceptions dissolve, 33 during the vision of whitish appearance, 40 during reddish increase and finally seven during the stage of black near attainment.

“We need to undertake more research and investigate more cases of ‘thukdam’ to establish whether the visions are associated with dissolution of the coarser elements.

“Since it is observed that the body of a person going through this process can remain warm, it may be that the dissolution of the earth, water and fire elements do not coincide with the three visions.

“When an ordinary person dies, there is a dissolution of the elements. Buddhists believe that beings go through past and future lives, so there is some bearing on this too. My own senior tutor Ling Rinpoche remained in ‘thukdam’ for 13 days. Recently, a monk at Kirti Monastery remained in this state for 37 days. “This is an observable reality, which we need to be able to explain.

“There is evidence to see and measure. We can also find a detailed explanation of the inner subjective experience of the process of death in the Guhyasamaja Tantra texts. I hope scientists can take all this into account and come up with an explanation,” His Holiness said.

Professor Alexander Kaplan, Head of the Laboratory for Neurophysiology and Neuro-Computer Interfaces, Moscow State University (MSU), asked what Buddhist ideas could help Western scientists to understand the workings of the brain?

At this, the elderly Buddhist monk replied that in the past, modern science as it had developed in the West had tended to focus on external phenomena, things that can be seen and measured.

“Gradually people have begun to recognize that peace of mind has an important role to play in our day-to-day lives. Consequently, scientists have also begun to show an interest in how to develop peace of mind. Mental afflictions like anger, fear and frustration detract from our good health, so, never mind about our next life or our reaching enlightenment, all seven billion human beings alive today need peace of mind here and now.

“On the basis of understanding these we can learn to tackle destructive emotions as they arise, even under difficult circumstances. Peace of mind is within our reach.” Konstantin Anokhin, Director of the Institute for Advanced Brain Studies, MSU, wanted to know about evidence for the existence of past lives.

The spiritual leader told him that he has heard of cases of children who belong to communities that give past and future lives no credence, who apparently describe memories of past lives. Among Indians and Tibetans, people who accept the idea of past and future lives, children with such recollections are not unusual.

“There was a boy born in Tibet, who, once he could talk, insisted to his parents ‘This isn’t where I belong, I want to go to India’. They brought him to India and came to Dharamsala. But even here he said, ‘This isn’t my place’. So, they took him to Mundgod Tibetan Settlement in South India.

“When they reached Ganden Monastery, the boy told them, ‘This is where I belong’ and led them to one of the houses. They went inside and pointing to a drawer, he said, ‘My glasses are in there’. They looked and they were.

“In my own case, as a small boy, I recognised monks in the party searching for the Dalai Lama’s reincarnation. I was able to remember their names. One of the principal procedures employed when seeking to recognize the reincarnation of a Lama is to show the candidate a number of possessions.

“If a child is able to recognize and select those items that had ‘belonged to them before’, it is taken as a positive indication. However, these memories fade as the children grow up.

“Something else that could be regarded as significant is that some children are able to study and learn much more readily than others. This is taken to imply that they are already familiar with the material from their studies in their previous lives.

“In my case I learned easily, which could be a sign of revising what I had learned before.” His Holiness the 14th Dalai Lama, Tenzin Gyatso, describes himself as a simple Buddhist monk.

In 1989, the Dalai Lama won the Nobel Peace Prize for his non-violent struggle for Tibet. He was awarded the US Congressional Gold Medal in October 2007, even in the face of protests by China.

The Dalai Lama now lives in exile in this northern Indian hill station along with some 140,000 Tibetans, over 100,000 of them in different parts of India. Over six million Tibetans live in Tibet.