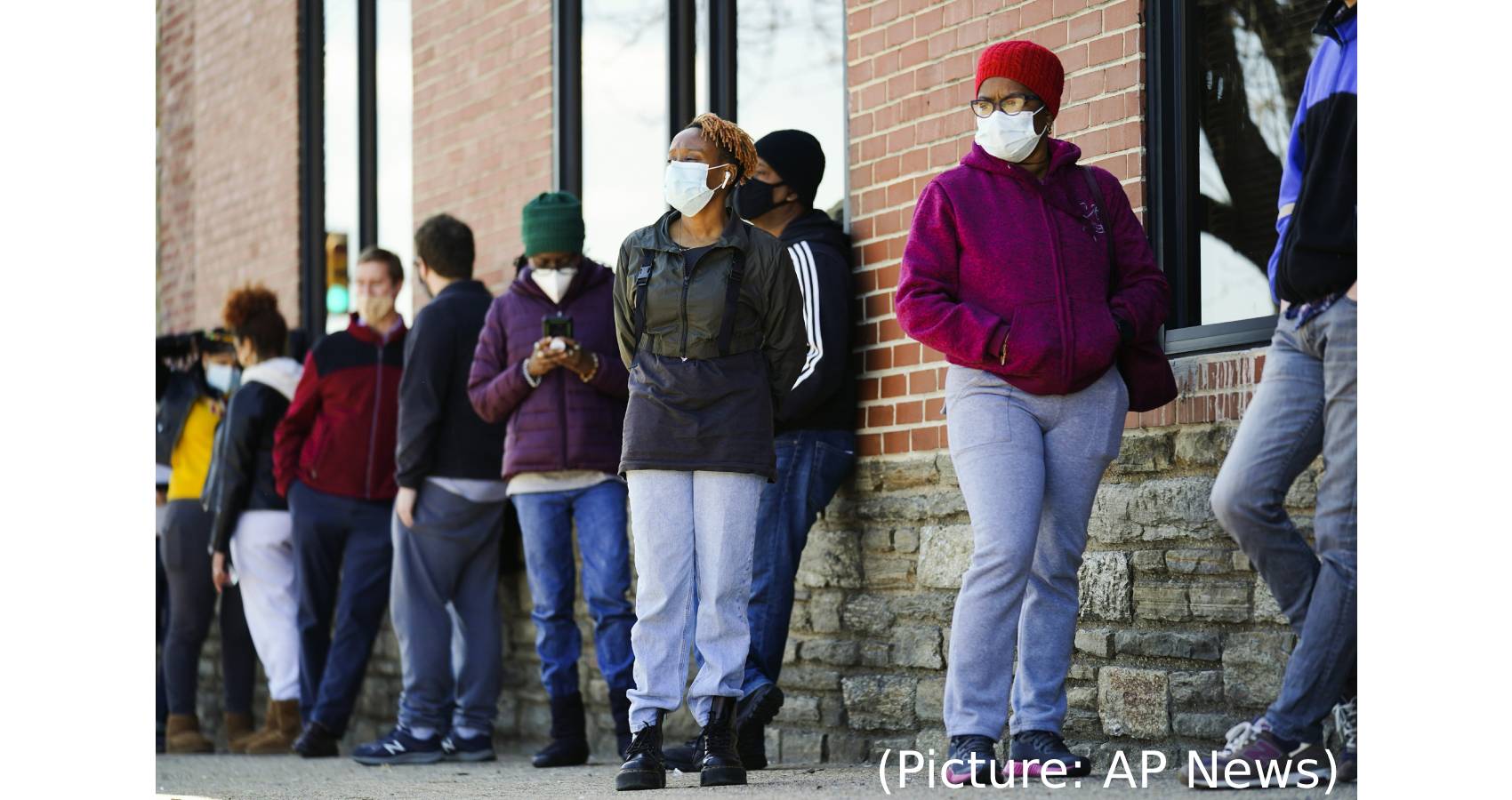 Most areas of the country are seeing a new surge in COVID-19 cases as variants of the virus serve as a painful reminder that the pandemic is not over despite eased restrictions. Forty-one states and the District of Columbia have documented an increase in average daily cases over the past two weeks. But nine in particular, including seven in the South, have seen cases at least double in that time period, according to data from The New York Times.

The seven-day-average of new cases was 13,859 as of July 6, up 21% compared to two weeks earlier, according to the Centers for Disease Control and Prevention (CDC). Cases attributed to the most recent days might rise further because of a reporting lag following the July 4 holiday weekend. The spike comes as the Delta variant, which is more transmissible than any previous strain, accounted for around 52% of cases in the two weeks ending July 3, according to the CDC. Despite having among the highest availability of vaccines of any country, America’s immunization campaign has dropped off steeply since April. President Joe Biden narrowly missed his goal of having 70% adults at least partly vaccinated by Independence Day, with the current figure at 67%. Regions in the Midwest and South with lower vaccination rates are experiencing higher case rates than regions with high vaccination rates such as the Northeast, a trend that has become increasingly clear in recent weeks. 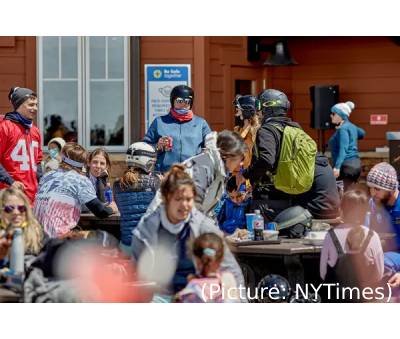 A hospital in Springfield, Missouri, ran out of ventilators to treat hospitalized COVID patients over the weekend, local media reported. The city of 160,000’s two hospitals were treating 213 COVID-19 patients as of Monday, up from 168 on Friday and 31 on May 24, the Kansas City Star said. “The trajectory that we’re likely to see is two different flavours of the pandemic in the United States, one in which it’s more of a problem in places where there’s a high level of unvaccinated individuals,” Amesh Adalja of the Johns Hopkins Center for Health Security told AFP.

“In other parts of the country, the pandemic is largely going to be something that’s managed as more of an ordinary respiratory virus,” he added. Mr. Adalja said that even with Delta becoming the dominant strain he envisioned a “decoupling” of hospitalisations and deaths from rising cases in highly vaccinated regions, as has been seen in Israel. “Increasingly, I think we have to start to shift our focus away from cases and really look at hospitalizations, because that’s what the vaccine was designed to do — it was designed to decouple cases from hospitalization,” he said.

Real world data has shown that the Pfizer, Johnson & Johnson and AstraZeneca vaccines have retained high efficacy against severe COVID and the same is almost certainly true of the Moderna vaccine, according to experts. Most areas of the country are seeing a new surge in COVID-19 cases as variants of the virus serve as a painful reminder that the pandemic is not over despite eased restrictions. Forty-one states and the District of Columbia have documented an increase in average daily cases over the past two weeks. But nine in particular, including seven in the South, have seen cases at least double in that time period, according to data from The New York Times.

In Los Angeles County, officials recorded more than 1,000 new cases for three consecutive days this week for the first time since March. Arkansas also reported more than 1,000 new cases for a third straight day Friday. “The majority of states have large swaths of population that are still not protected,” said Amber D’Souza, a professor of epidemiology at the Johns Hopkins Bloomberg School of Public Health. She said that despite tremendous progress on vaccinations, the new data show the outbreaks are mostly hitting areas with lower vaccination rates. Those spikes are due in part to the spread of the more transmissible delta variant and loosened COVID-19 restrictions, D’Souza said.

“We expect to see continuing surges of infection until we are able to bring vaccination rates higher than they currently are,” she added. Overall, the U.S. is now averaging more than 19,000 new cases for the first time since the end of May, marking a 60 percent increase compared with two weeks ago. A third of those cases were documented in five states — Arkansas, Florida, Louisiana, Missouri and Nevada — CNN medical analyst Jonathan Reiner told the network Monday.

Throughout the pandemic, rises in coronavirus cases have typically preceded spikes in COVID-19 hospitalizations and deaths. While the rate of COVID-19 deaths is still decreasing in the U.S., data from the Times shows an 11 percent increase in average daily hospitalizations over the past two weeks. During that same period, vaccination rates have plummeted to an average of 500,000 a day, the lowest level since President Biden took office.

Months after Biden declared vaccines were available to all Americans 18 and over, 58.9 percent of adults are fully vaccinated, as are 48 percent of all Americans, according to data from the Centers for Disease Control and Prevention. The vaccination rates of the five states with the highest daily average of new coronavirus cases — Arkansas, Missouri, Florida, Louisiana and Nevada — are all below the national percentages. D’Souza said government officials need to focus on localized data “because within a state often there really are different stories happening with vaccination and therefore with infection.” And even with the recent surge, she said the nationwide case count is not expected to reach 2020 levels, in large part because 79 percent of those 65 and older have been fully vaccinated.

“There are a lot of reasons for hope,” she said. “That being said, things have stalled this past month. We are seeing reduced vaccination and increased infection, and that is the worry of what that forebodes for the fall.” Experts have said that unvaccinated people are more at risk to develop serious illness and die from the delta variant that now makes up a majority of cases in the U.S. Biden’s chief medical adviser, Anthony Fauci, said last week that more than 99 percent of people who died of COVID-19 in June in the U.S. were not vaccinated.

Several polls have shown that Republicans are less likely to get vaccinated than Democrats. The Kaiser Family Foundation found that the vaccination gap between counties that voted for former President Trump in 2020 and those that voted for Biden has nearly doubled in two months. Efforts to narrow that gap face stiff competition from some vaccine opponents.“The government was hoping that they could sort of sucker 90 percent of the population into getting vaccinated. And it isn’t happening,” said conservative author Alex Berenson, drawing applause at the recent Conservative Political Action Conference in Texas.

Some officials are now weighing whether to take action to combat COVID-19 case surges. Los Angeles County and St. Louis County are recommending all people wear masks indoors, even if they are vaccinated. In Mississippi, the state’s Department of Health called on residents aged 65 and older and those with chronic medical conditions to avoid all indoor mass gatherings. On Sunday, Fauci told CNN’s “State of the Union” that there should be more local mandates to prevent COVID-19 spread, calling it a “life and death situation.”

White House press secretary Jen Psaki said during a briefing Monday that the federal government will “certainly support” local leaders if they decide to institute restrictions “to keep their community safe.”Arkansas Gov. Asa Hutchinson (R) told ABC’s “This Week” that he plans to travel to six cities in his state this week in an effort to combat vaccine hesitancy. “We’ve got to overcome that mistrust because it — Republicans, Democrats, we all suffer the same consequence if the delta variant hits us and we’re not vaccinated,” Hutchinson said.