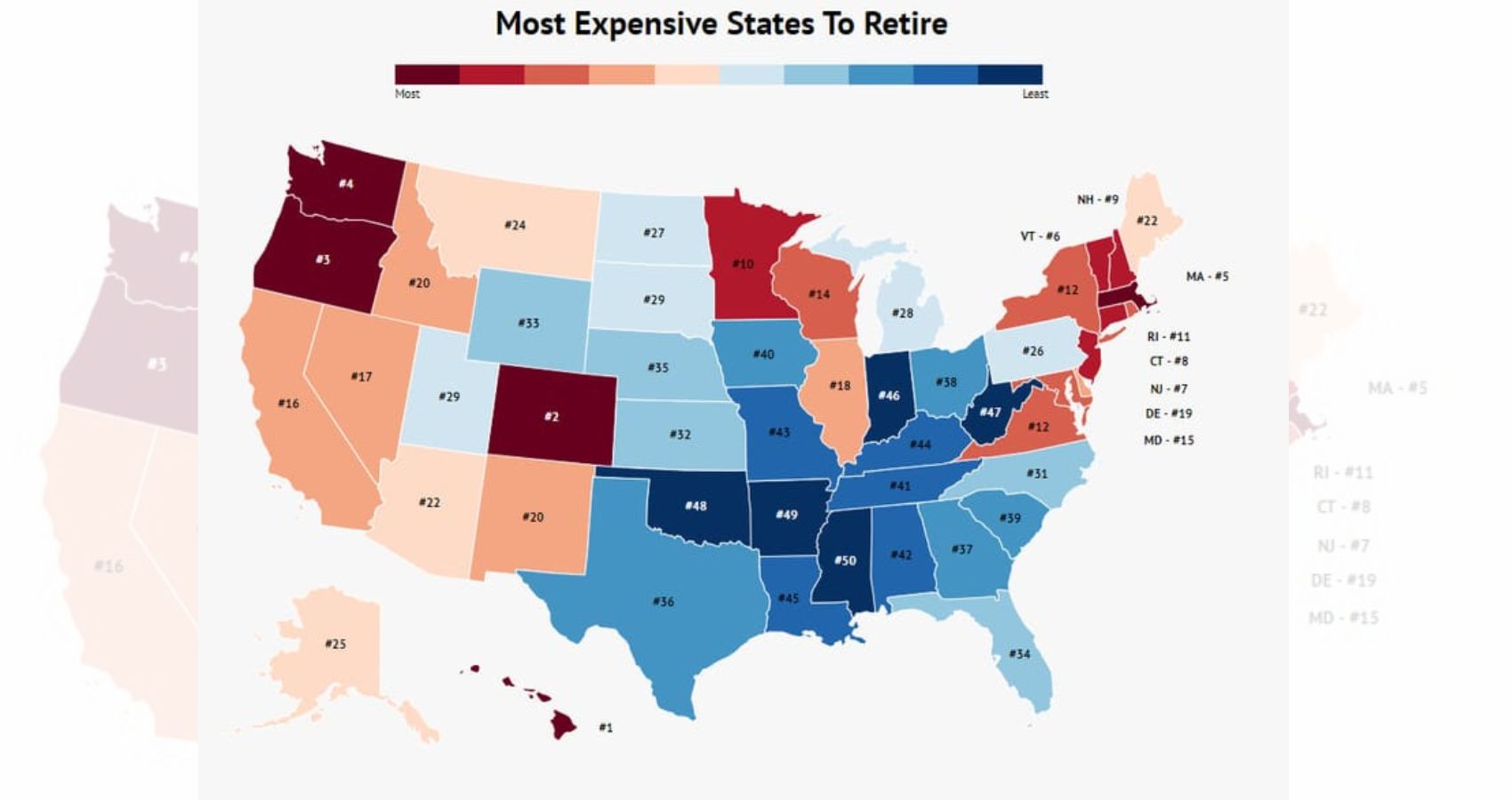 If you’re planning on retiring in Connecticut, you better start saving yesterday, according to a new report.

Great schools, beautiful shoreline, classic architecture, deep woods, fabulous arts — but you better enjoy all Connecticut has to offer while you’re young. That’s the take-away from a new report that names the Nutmeg State the 3rd most expensive, and 8th worst overall, in which to retire.

Personal finance website Bankrate ranked each state from the perspective of what matters most to a prospective retiree. The most heavily weighted category was affordability, at 40 percent, followed by well-being (20%), culture and diversity (15%), weather (15%) and crime (10%).

Of course, there’s more than a little subjectivity involved in selecting your final nesting place. Sunbelt states topped Bankrate’s list for retiree nirvana, but what if you burn easily and prefer skiing to snorkeling? And a state’s affordability drops way low for retirees if the home in which they live is already bought and paid for. But let’s all just play along…

Connecticut’s tied for 4th with Vermont in the crime category, and is ranked 8th overall for retiree “well-being,” but takes a beating in the data when it comes to affordability. The state ranks No. 48, right behind affluent enclaves Hawaii and California.

The New England winters didn’t work in Connecticut’s favor either; the state ranked No. 39 when it came to weather, a dip mitigated somewhat by its No. 14 ranking in culture and diversity.

Connecticut’s overall score of 23 tied that of Hawaii and Washington.

The best state for retirees, according to BankRate, and your own intuition, is Florida. The Sunshine State not only scored high for its weather (No. 5), but was ranked first in culture and diversity, and 18th in affordability.