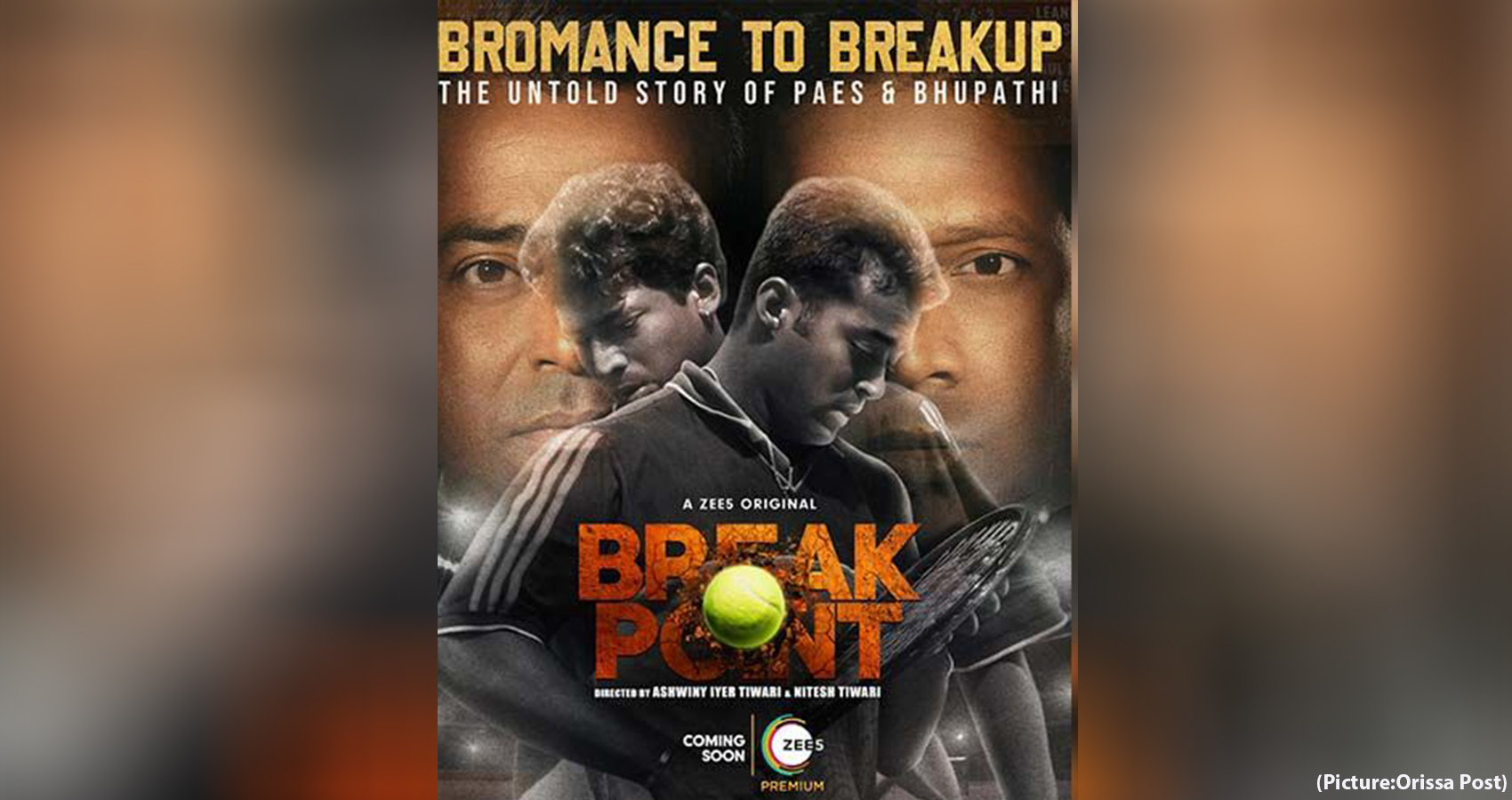 ZEE5 Global, the world’s largest platform for South Asian content, is all set to bring the intriguing and untold Lee-Hesh Bromance to Breakup story to your screens. ZEE5 Global has partnered with award-winning filmmaker duo Ashwiny Iyer Tiwari and Nitesh Tiwari to helm ‘BREAK POINT’, a 7-part series based on the iconic on-court partnership between living legends, Leander Paes and Mahesh Bhupathi and their off-court lives.   The makers revealed the first poster of the ZEE5 Original series and looks like the many questions that fans had regarding the Lee-Hesh relationship and breakup will soon be answered!  Commenting on helming ‘BREAK POINT’, Ashwiny Iyer Tiwari and Nitesh Tiwari in a joint statement said, “It’s great to bring to screen a series like this on a home-grown video streaming platform like ZEE5. Working with icons like Mahesh Bhupathi and Leander Paes has been surreal and to bring their untold story to screen is something that we will cherish forever.”

Leander Paes shares, “I enjoyed this walk down memory lane shooting for ‘BREAK POINT’ with wonderful storytellers like Ashwiny Iyer Tiwari, Nitesh Tiwari in collaboration with ZEE5.  While Mahesh and my on-court partnership was widely covered, and our off-court chemistry was largely speculated. This is the first time that our fans will get to see and hear it all, first-hand. Mahesh and I worked really hard to put India on the top of world tennis and we are glad that we are getting a chance to present our story to the world, like never before. Enjoy our journey.”  Mahesh Bhupathi shares, “It is no secret that I am reserved when it comes to communicating, so this is a big step for me to relive the journey and put it all out there in the most candid and honest manner. But, at the same time, I am happy that our fans will get to see our journey which was a mix of sweat, perseverance, brotherhood and at times blood and tears as well. This is surely going to be a treat for all, and I am thankful to Ashwiny, Nitesh and ZEE5 for giving it everything.”

For decades, Indians have celebrated the country’s biggest tennis heroes who made India proud by winning many iconic matches and have also speculated about their much public split. However, for the first time, the speculations will be put to rest as Paes and Bhupathi get candid and honest about their bromance and breakup and tell the world – what happened, how it happened and why it happened! ‘BREAK POINT’ will not only construct their epic tennis matches but also deconstruct their relationship, both on and off the court.  ‘BREAK POINT’ is a telling narrative on their friendship, brotherhood, partnership, belief, hard work and ambitions which made them one of the most feared doubles pair during the late 1990s, and even ranked world number 1 in the year 1999. But it also throws light on their bitter breakup and how they couldn’t hold on to their meteoric rise. Above all, it’s a tale of two friends who had planned for success but not for life after success.

‘BREAK POINT’ marks ZEE5’s first partnership with filmmakers, Ashwini Iyer Tiwari and Nitesh Tiwari under their banner Earthsky Pictures who are known for their exceptional movies such as Dangal, Panga, Chhichhore, Nil Battey Sannata, and many more. This is also the first time that Ashwini Iyer Tiwari and Nitesh Tiwari will be co-directing a project. The seven-episode series will be exclusively available on ZEE5 soon.   Users can download the ZEE5 app from Google Play Store / iOS App Store, on Roku devices, Samsung Smart TVs, Apple TVs, Android TVs, and Amazon Fire Stick. ZEE5 is also available on www.ZEE5.com.