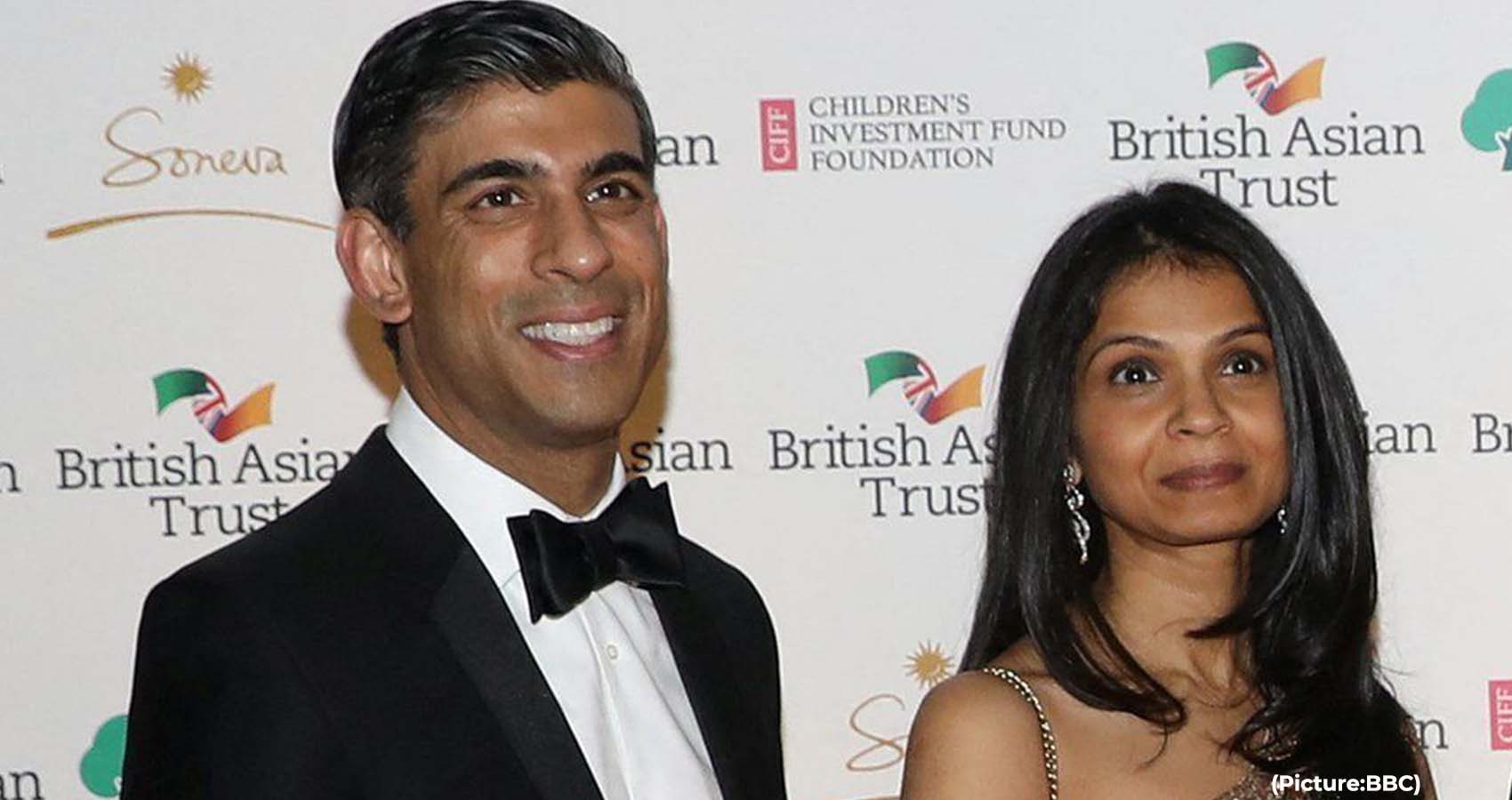 Rishi Sunak of the United Kingdom, an embattled British Conservative party Chancellor of the exchequer, has defended his Indian wife Akshata Murthy, daughter of Narayana Murthy, one of the founders of software giant Infosys, against charges of avoiding paying taxes in Britain.

Sunak, who is of East African-Indian origin, told media that reports about her non-domicile status are ‘unpleasant smears’. A non-dom in the United Kingdom does not have to pay tax on her overseas income. The BBC estimated “she would have avoided 2.1 million pounds a year in UK tax”.

This, while not unlawful, is embarrassing for Sunak, under whom comes Her Majesty’s Revenue and Customs (HMRC). “To smear my wife to get at me is awful,” Sunak insisted. 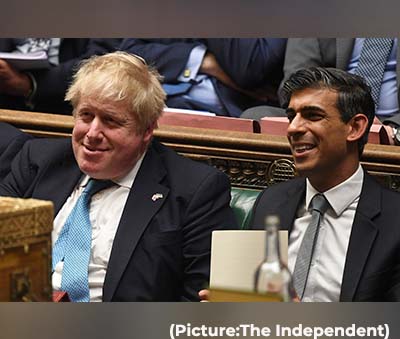 Murthy is said to own a 0.9 per cent stake in Infosys, which has been calculated as being worth 500 million pounds. Annual dividends from this holding is estimated to be 11.6 million pounds. On Thursday, it emerged she pays just 30,000 pounds a year in the UK on the British income.

Rishi Sunak is now demanding a Whitehall inquiry to find out who leaked details about his wife Akshata Murty’s tax arrangements. Murty has said she will pay UK taxes on her overseas income, following a row over her non-domicile status, the BBC reported.

Downing Street has rejected newspaper reports that its staff leaked damaging stories about Sunak to the media. It has been a bruising week for the Chancellor, and now he has asked senior civil servants for a full investigation to establish who divulged his wife’s tax status.

His allies say very few people had access to the personal information, which Sunak declared to Whitehall officials when he became a minister in 2018, the BBC reported.

Some Conservative MPs say he was naive to think the details would remain private, and that he should have predicted that the tax arrangements would be criticised as inappropriate, despite being legal. Sunak’s team has dismissed suggestions of a rift with Downing Street and say the prime minister has been “incredibly supportive”.

The opposition Labor party said it would be “breath-taking hypocrisy” if the Chancellor’s wife had reduced her tax bill as he raised taxes for millions of workers — referring to the rise in National Insurance contributions imposed in last month’s budget by Sunak.

Opposition Labor Party MP Louise Haigh said: “I think the question many people will be asking is whether it was ethical and whether it was right that the Chancellor of the Exchequer, whilst piling on 15 separate tax rises to the British public, was benefiting from a tax scheme that allowed his household to pay significantly less to the tune of potentially tens of millions of pounds.”

The Chancellor’s brand, vigorously promoted since he came to office, has been damaged, with some members of the ruling Conservative Party questioning his judgement. Opposition MPs have said Sunak’s family is benefiting at a time when he is putting up taxes for millions of others, the BBC reported.

However, a section of British newspapers has claimed that Prime Minister Boris Johnson’s office is leaking damaging material about Sunak to media. 10 Downing Street described the allegations as “categorically untrue” and “baseless”.

On Thursday, the pro-Johnson Daily Mail ran a headline, which read: “Collapsed fitness chain backed by Rishi Sunak’s non-dom wife was paid up to 650,000 pounds in furlough cash – while her billionaire father’s IT firm claimed Covid handout for hundreds of UK staff”.

Earlier, the attack against Sunak ranged from he being the richest member of Parliament with a net worth of 200 million pounds, to Infosys operating in Russia, which western corporate houses are restrained from doing after the West’s sanctions against the Russian Federation following its invasion of Ukraine.

While Sunak may have built a slight fortune as an investment banker, his background is upper middle class, his father being a general practitioner and mother an owner of a chemist’s shop.

The allegation about Infosys was ridiculous as an Indian company is under no obligation to copy its western counterparts, since the government of India maintains normal economic ties with Moscow.

From December 2021 until before the Russia-Ukraine conflict — when Johnson’s continuity as head of government looked untenable, because of a series of scandals associated with him — it was widely being speculated in British print media as well as in Conservative circles that Sunak was a front-runner to succeed Johnson.

It was also pointed out at that point that while other cabinet colleagues were strenuously defending Johnson against the barrage of demands for him to step down, Sunak was lukewarm in doing so, which was interpreted as ‘ambition’.

Sunak became popular when the British government was significantly generous in protecting the livelihoods during the Covid-19 crisis. But having borrowed money to extend such assistance, it was inevitable that he would have to raise taxes to repay the debt. However, given the cost of living crisis that had descended on Britons because of inflation, the Chancellor’s recent budget has been condemned as uncaring.

In Britain, a budget is identified in particular with the Chancellor, although the intelligentsia is aware its contents have the prior approval of the Prime Minister. With Johnson not saying much to protect Sunak against the onslaught unleashed against him on his proposals or lack of them, an impression has grown that the latter is being thrown under a bus.