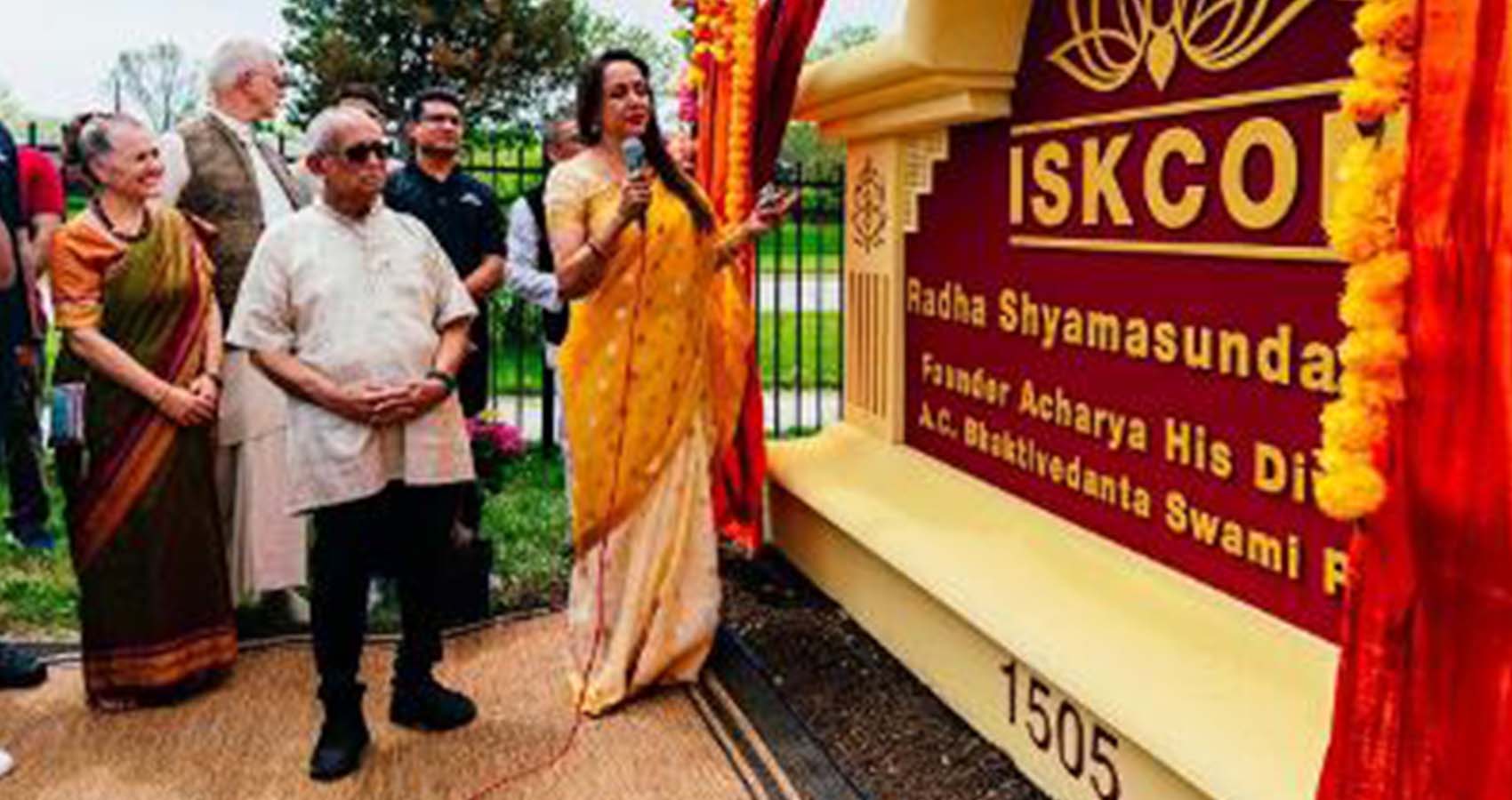 May 15th, 2022 marked an important time in history for ISKCON Naperville; a special fundraising dinner for the construction of the new temple, ISKCON Radha Shyamasundar. With any big endeavor, comes a big price. However, nothing is too big nor too intimidating for the devotees of ISKCON Naperville.

The fundraising event was held at Ashyana Banquet Hall. The large banquet room was filled with promise and excitement, as all who attended were eager for the completion of this important project. Temple President Premananda Devi Dasi addressed the crowd of over 500 by reminding them what brought them all together: “Why build this temple? When Srila Prabhupada founded this institution, he listed seven purposes of ISKCON”. She then reiterated Srila Prabhupada’s fifth stated purpose: “To erect for the members, and for society at large, a holy place of transcendental pastimes, dedicated to the personality of Krishna.” 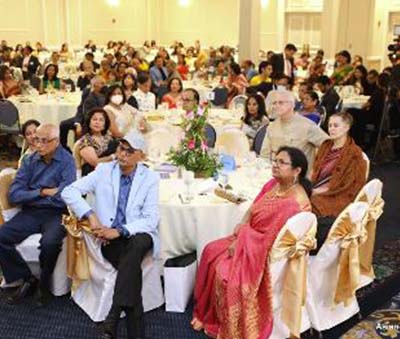 What made this year’s fundraising event exceedingly more memorable, was the attendance of famed Member of Indian Parliament and esteemed Bollywood actress, Hema Malini. She began her career as a bharatanatyam dancer. Hema Malini was able to land her first film role as a dancer in 1963 and starred in over 200 movies throughout her career.

She became a devotee of Krishna after she was introduced to the holy place of Vrindavan, where she would later serve as a Member of Parliament. She explained, “I was offered some other places, but I refused. I said I am not interested in being a politician or Member of Parliament from anywhere. If it is given to me, Matura, then I am interested because it is Krishna’s place and I am connected to Krishna. I want to serve there, not as a politician, but you have to be politically connected so you are able to do a lot of work with the help of our government.” In addition, she has also been helping clean up the Ganga and Yamuna rivers apart from supporting many more important projects in the region.

ISKCON Naperville devotees have been working tirelessly to support Prabhupada’s mission. “The world is looking for that type of leadership. By building the temple that you’re all contributing to, it actually becomes a place where we can come together and we can show our appreciation for Krishna; for all our gifts. We also can come together and say, ‘Lord, I want to be a force for good The three-story temple will include a commercial kitchen, snack bar, classrooms, a playgrou

This temple will not only be a place of worship, but a pillar for the community and people of all faiths. With the help of generous donors and hardworking devotees, temple construction is scheduled to conclude in the upcoming winter. Hema Malini expressed her great fortune to have been present at the unveiling of the temple signage by stating, “It was so wonderful to be there, it just felt like I’m still in Vrindavan because of the same atmosphere.”