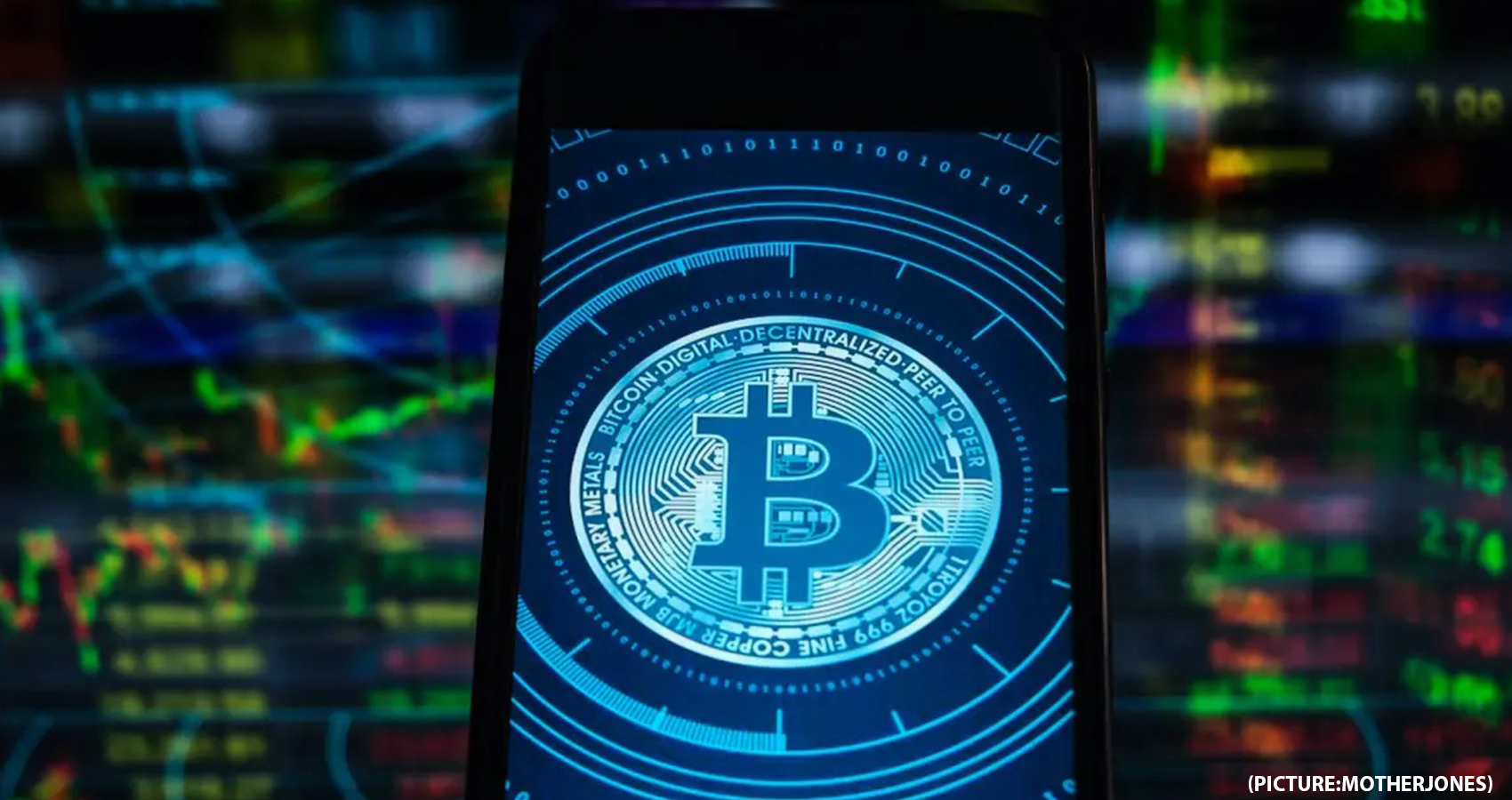 For the past year a company that “mines” cryptocurrency had what seemed the ideal location for its thousands of power-thirsty computers working around the clock to verify bitcoin transactions: the grounds of a coal-fired power plant in rural Montana.

But with the cryptocurrency industry under increasing pressure to rein in the environmental impact of its massive electricity consumption, Marathon Digital Holdings made the decision to pack up its computers, called miners, and relocate them to a wind farm in Texas.

“For us, it just came down to the fact that we don’t want to be operating on fossil fuels,” said company CEO Fred Thiel.

In the world of bitcoin mining, access to cheap and reliable electricity is everything. But many economists and environmentalists have warned that as the still widely misunderstood digital currency grows in price — and with it popularity — the process of mining that is central to its existence and value is becoming increasingly energy intensive and potentially unsustainable.

The Hardin Generating Station, a coal-fired power plant that is also home to the cryptocurrency “mining” operation Big Horn Data Hub, is seen on April 20, 2022, in Hardin, Mont. Energy from burning coal is used to power thousands of computers that are kept on site to produce the digital currency known as bitcoins. (AP Photo/Matthew Brown)

Bitcoin was was created in 2009 as a new way of paying for things that would not be subject to central banks or government oversight. While it has yet to widely catch on as a method of payment, it has seen its popularity as a speculative investment surge despite volatility that can cause its price to swing wildly. In March 2020, one bitcoin was worth just over $5,000. That surged to a record of more than $67,000 in November 2021 before falling to just over $35,000 in January. 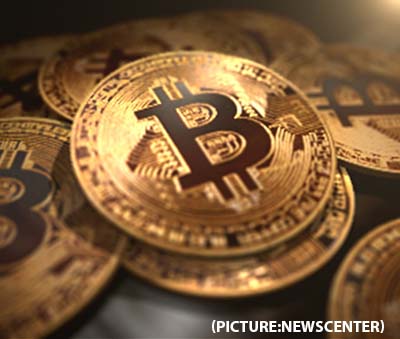 Central to bitcoin’s technology is the process through which transactions are verified and then recorded on what’s known as the blockchain. Computers connected to the bitcoin network race to solve complex mathematical calculations that verify the transactions, with the winner earning newly minted bitcoins as a reward. Currently, when a machine solves the puzzle, its owner is rewarded with 6.25 bitcoins — worth about $260,000 total. The system is calibrated to release 6.25 bitcoins every 10 minutes.

When bitcoin was first invented it was possible to solve the puzzles using a regular home computer, but the technology was designed so problems become harder to solve as more miners work on them. Those mining today use specialized machines that have no monitors and look more like a high-tech fan than a traditional computer. The amount of energy used by computers to solve the puzzles grows as more computers join the effort and puzzles are made more difficult.

Marathon Digital, for example, currently has about 37,000 miners, but hopes to have 199,000 online by early next year, the company said.

Determining how much energy the industry uses is difficult because not all mining companies report their use and some operations are mobile, moving storage containers full of miners around the country chasing low-cost power.

The Cambridge Bitcoin Electricity Consumption Index estimates bitcoin mining used about 109 terrawatt hours of electricity over the past year — close to the amount used in Virginia in 2020, according to the U.S. Energy Information Center. The current usage rate would work out to 143 TWh over a full year, or about the amount used by Ohio or New York state in 2020.

Cambridge’s estimate does not include energy used to mine other cryptocurrencies.

A key moment in the debate over bitcoin’s energy use came last spring, when just weeks after Tesla Motors said it was buying $1.5 billion in bitcoin and would also accept the digital currency as payment for electric vehicles, CEO Elon Musk joined critics in calling out the industry’s energy use and said the company would no longer be taking it as payment.

Some want the government to step in with regulation. In New York, Gov. Kathy Hochul is being pressured to declare a moratorium on the so-called proof-of-work mining method — the one bitcoin uses — and to deny an air quality permit for a project at a retrofitted coal-fired power plant that runs on natural gas.

A New York State judge recently ruled the project would not impact the air or water of nearby Seneca Lake. “Repowering or expanding coal and gas plants to make fake money in the middle of a climate crisis is literally insane,” Yvonne Taylor, vice president of Seneca Lake Guardians, said in a statement.

Anne Hedges with the Montana Environmental Information Center said that before Marathon Digital showed up, environmental groups had expected the coal-fired power plant in Hardin, Montana, to close.

“It was a death watch,” Hedges said. “We were getting their quarterly reports. We were looking at how much they were operating. We were seeing it continue to decline year after year — and last year that totally changed. It would have gone out of existence but for bitcoin.”

The cryptocurrency industry “needs to find a way to reduce its energy demand,” and needs to be regulated, Hedges said. “That’s all there is to it. This is unsustainable.”

Some say the solution is to switch from proof-of-work verification to proof-of-stake verification, which is already used by some cryptocurrencies. With proof of stake, verification of digital currency transfers is assigned to computers, rather than having them compete. People or groups that stake more of their cryptocurrency are more likely to get the work — and the reward.

While the method uses far less electricity, some critics argue proof-of-stake blockchains are less secure. Some companies in the industry acknowledge there is a problem and are committing to achieving net-zero emissions — adding no greenhouse gases to the atmosphere — from the electricity they use by 2030 by signing onto a Crypto Climate Accord, modeled after the Paris Climate Agreement.

“All crypto communities should work together, with urgency, to ensure crypto does not further exacerbate global warming, but instead becomes a net positive contributor to the vital transition to a low carbon global economy,” the accord states.

Marathon Digital is one of several companies pinning its hopes on tapping into excess renewable energy from solar and wind farms in Texas. Earlier this month the companies Blockstream Mining and Block, formerly Square, announced they were breaking ground in Texas on a small, off-the-grid mining facility using Tesla solar panels and batteries.

“This is a step to proving our thesis that bitcoin mining can fund zero-emission power infrastructure,” said Adam Back, CEO and co-founder of Blockstream.

Companies argue that cryptocurrency mining can provide an economic incentive to build more renewable energy projects and help stabilize power grids. Miners give renewable energy generators a guaranteed customer, making it easier for the projects to get financing and generate power at their full capacity.

The mining companies are able to contract for lower-priced energy because “all the energy they use can be shut off and given back to the grid at a moment’s notice,” said Thiel.

In Pennsylvania, Stronghold Digital is cleaning up hundreds of years of coal waste by burning it to create what the state classifies as renewable energy that can be sent to the grid or used in bitcoin mining, depending on power demands.

Pennsylvania’s Department of Environmental Protection is a partner in the work, which uses relatively new technology to burn the waste coal more efficiently and with fewer emissions. Left alone, piles of waste coal can catch fire and burn for years, releasing greenhouse gases. When wet, the waste coal leaches acid into area waterways.

After using the coal waste to generate electricity, what’s left is “toxicity-free fly ash,” which is registered by the state as a clean fertilizer, Stronghold Digital spokesperson Naomi Harrington said.

As Marathon Digital gradually moves its 30,000 miners out of Montana, it’s leaving behind tens of millions of dollars in mining infrastructure behind.

Just because Marathon doesn’t want to use coal-fired power anymore doesn’t mean there won’t be another bitcoin miner to take its place. Thiel said he assumes the power plant owners will find a company to do just that. “No reason not to,” he said.