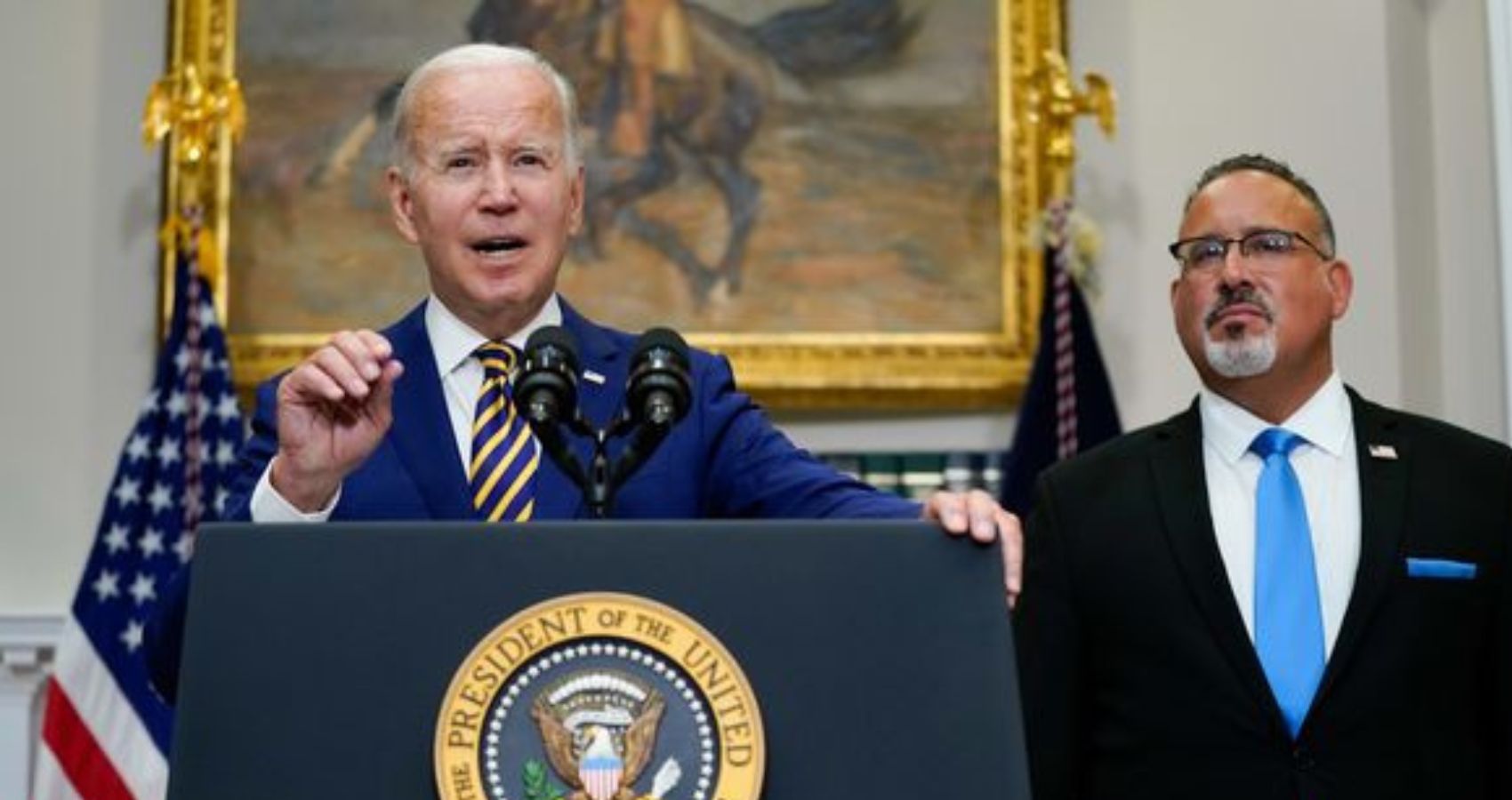 President Joe Biden’s plan to forgive $10,000 in federal student debt for most borrowers will cost the government about $400 billion, the nonpartisan Congressional Budget Office said in an estimate released Monday.

The CBO’s evaluation of the administration’s policy said the price tag is “a result of the action canceling up to $10,000 of debt issued on or before June 30, 2022.”

The estimate applies to the plan Biden announced last month to forgive $10,000 in federal student loan debt for borrowers earning less than $125,000 and $20,000 for borrowers who received Pell Grants.

The Congressional Budget Office (CBO) said 43 million borrowers shared $1.6 trillion in federal student loan debt as of June 30. Under Biden’s plan, about $430 billion of that debt will be wiped out, the reporting shows.

The CBO also estimated the costs for the Biden administration’s recent renewal of the moratorium on federal student loan payments and interest accrual, which had been set to lapse at the end of August. The extension, which punts the deadline to the end of the year, was projected to cost $20 billion in the new report.

As of the end of June, 43 million borrowers held $1.6 trillion in federal student loans and about $430 billion of that debt will be canceled, the CBO estimated. The White House, borrowing language from the CBO analysis, responded by focusing on the agency’s own assessment that its $400 billion estimate was “highly uncertain.”

“CBO called its own estimate ‘highly uncertain.’ We agree,'” the White House said in a memo. “By law, the federal budget computes the complete cost of student loan relief over the lifetime of the loans, and then records that cost in the year the loans are modified,” the memo continued. “But that’s not how this program will affect the bottom line in reality. The cost to the government is not the long-term score, but rather, the annual lost receipts.”