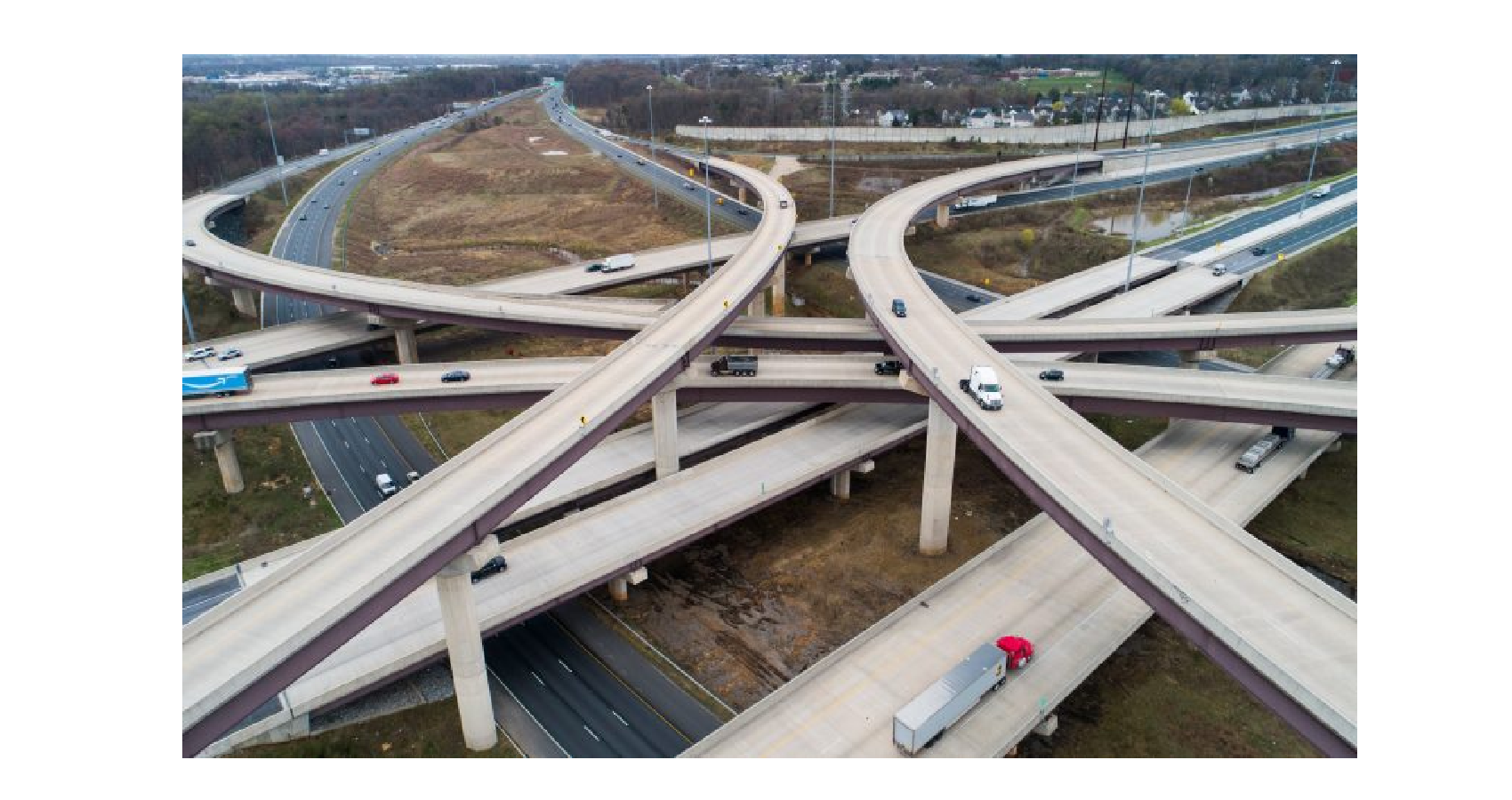 President Biden has unveiled a sprawling, ambitious infrastructure proposal that, if enacted, would overhaul how Americans get from Point A to Point B, how their electricity is generated, the speed of their Internet connections, the quality of their water and the physical makeup of their children’s schools. Under the Plan, Biden aims to tackle some of the nation’s most pressing problems – from climate change to decaying water systems to the nation’s crumbling infrastructure.

The measure, called the American Jobs Plan, includes big infrastructure fixes that both major parties — as well as a majority of Americans — consistently say they want to see, including upgrades to bridges, broadband and buildings.

Biden’s plan would devote more than $600 billion to rebuilding the United States’ infrastructure, such as its ports, railways, bridges and highways; about $300 billion to support domestic manufacturing; and more than $200 billion in housing infrastructure. Other major measures include at least $100 billion for a variety of priorities, including creating national broadband system, modernizing the electric power grid, upgrading school and educational facilities, investing in research and development projects, and ensuring America’s drinking water is safe.

Biden’s plan includes measures unrelated to either infrastructure or the climate, such as an approximately $400 billion investment in home-based care for the elderly and disabled that was a top demand of some union groups. Additionally, the plan calls for passage of the Protecting the Right to Organize Act, or PRO Act, a bill aimed at significantly strengthening workers’ rights to organize.

Biden’s plan lays out a large investment in clean-energy and environmental priorities. The programs include $100 billion to bolster the country’s electricity grid and phase out fossil fuels, in part by extending a production tax credit for 10 years that supports renewable energy.

The mega plan has met a chorus of opposition, with Republicans panning it as a partisan wish list, some liberals challenging it as not sufficient to combat climate change, and business groups rejecting its proposed tax hikes.

In a speech Tuesday afternoon at the United Brotherhood of Carpenters and Joiners of America Pittsburgh Training Center, Biden pitched his plan as a transformative effort to change the nation’s economy. He called it the most significant federal jobs investment since the World War II era, saying it would put hundreds of thousands of electricians and laborers to work laying miles of electrical grid and capping hundreds of oil wells. He said the plan’s research funding would make the United States the global leader in emerging sectors such as battery technology, biotechnology and clean energy.

“This is not a plan that tinkers around the edges. It is a once-in-a-generation investment in America, unlike anything we’ve done since we built the interstate highway system and the space race,” in the 1950s and 1960s, Biden said. “We have to move now. I’m convinced that if we act now in 50 years people will look back and say, ‘This was the moment America won the future.’ ”

The administration’s promises are vast and may prove difficult to enact, even if the effort can get through Democrats’ extremely narrow majority in Congress. The immediate rejection of the plan by leading Republicans suggested that the path toward a bipartisan compromise on infrastructure would be very difficult to achieve, leaving the White House’s next move unclear.

The White House said the plan would enable drivers across the country to find electric charging stations for their vehicles on the road. Lead pipes throughout the country would be replaced. All Americans would have access to high-speed Internet connections by the end of the decade.

Biden released the spending plan with a slew of tax hikes on businesses, which could be the most contentious part of his proposal. The White House said the proposal would pay for itself over 15 years because many of the tax increases would remain even as the spending proposals only last for eight years. Biden said on Wednesday that the plan would reduce the federal debt “over the long haul.” Legislation in Washington is typically evaluated on a 10-year budget window, and it is unclear precisely what the plan would cost over a decade.

On the tax side, Biden’s plan includes raising the corporate tax rate from 21% to 28%; increasing the global minimum tax paid from about 13% to 21%, ending federal tax breaks for fossil fuel companies, and increasing tax enforcement against corporations. The White House is also proposing as much as $400 billion in clean energy credits for firms, though the cost of the tax credit provisions is not detailed in what the administration has released.

The tax measures help Biden address concerns that his spending package would add to an already large federal deficit, but they provoked a torrent of opposition from GOP lawmakers and business groups. Congressional Republicans have also panned the tax increases as damaging to U.S. investment and competitiveness, and they have pledged to oppose them. Senate Minority Leader Mitch McConnell, R-Ky., denounced the measure. John Barrasso, R-Wyo., chair of the Senate Republican Conference, said it amounted to an “out-of-control socialist spending spree” that reflected “the left’s radical agenda.”

“There is virtually no path to getting Republican votes. It’s too big, too expensive, and chock full of tax increases that are nonstarters among Republicans,” said Brian Riedl, a former aide to Sen. Rob Portman, R-Ohio, who works at the Manhattan Institute, a libertarian-leaning think tank.

Among Democrats, the plan has been met by objections from lawmakers in the Congressional Progressive Caucus, who say it is insufficient to meet the scale of the threat posed by climate change. Centrist Democrats are balking at another large spending package. Three House Democrats have vowed to oppose the package because it would not reverse a cap on state and local tax deductions from Trump’s tax law.

And a number of priorities critical to congressional Democrats, including an extension on the expanded child credit, a major expansion in health insurance coverage, subsidies for child care and free access to community colleges, are being left to a second White House package to be unveiled in coming weeks.

The U.S. Chamber of Commerce criticized the proposed tax hikes in a statement on Wednesday, arguing that while infrastructure spending is necessary, “the users who benefit from the investment” should pay for it.

Biden, who has pledged to make the power sector carbon-free by 2035, will also ask Congress to adopt an “Energy Efficiency and Clean Electricity Standard” that would set targets to cut how much coal- and gas-fired electricity power companies use.

Investing in electric vehicles ranks among Biden’s top climate-spending priorities, with $174 billion designated for that market alone. White House officials predicted that the federal incentives, paired with spending by state and local governments and private companies, would establish a national network of 500,000 charging stations by 2030, while spurring a domestic supply chain that will support union jobs and American-built cars and trucks. The plan will also replace 50,000 diesel transit vehicles while switching about 20% of school buses to electric engines.

The president will also ask Congress to provide $45 billion to replace lead pipes across the country, while reducing lead exposure in 400,000 schools and child-care facilities. Some $56 billion would go to grants and low-interest loans, for state, local and tribal governments to upgrade aging water systems. Another $10 billion would be spent on addressing polyfluoroalkyl and perfluoroalkyl (PFAS) chemicals that have contaminated drinking-water supplies across the country.

The proposal includes more than $200 billion for housing programs, including $40 billion in public housing, although housing advocates say they worry that may be insufficient to meet the nation’s decaying housing stock.

On its own terms, the proposal would not resolve all of the nation’s infrastructure woes, which have been growing for decades. The plan, for example, cites a trillion-dollar backlog of road, bridge, rail and transit repairs, but it proposes less than that.

The Biden plan, if it passes Congress, would spur far-reaching changes that could begin shifting the trajectory of the nation’s transportation system. It calls for a doubling of federal funding for public transit. Biden’s plan would also modernize 20,000 miles of streets and highways out of the total of 173,000 miles Biden says are in poor condition.

Democrats have a slim House majority and control the Senate only because of Vice President Harris’ tiebreaking vote. With Republicans already voicing concerns about the proposal’s cost and corporate tax hikes, Democrats may once again have to force major legislation through complicated Senate procedures that could drastically narrow its scope. The party would also have to stick together on a historically expensive effort that has some moderates balking, while some high-profile progressives call for even higher spending levels.

What Biden is introducing in Pittsburgh on Wednesday is the first part of a larger plan to overhaul the economy. Additional proposals for spending on education, child care and other social programs the administration calls “human infrastructure” are expected in the coming weeks.