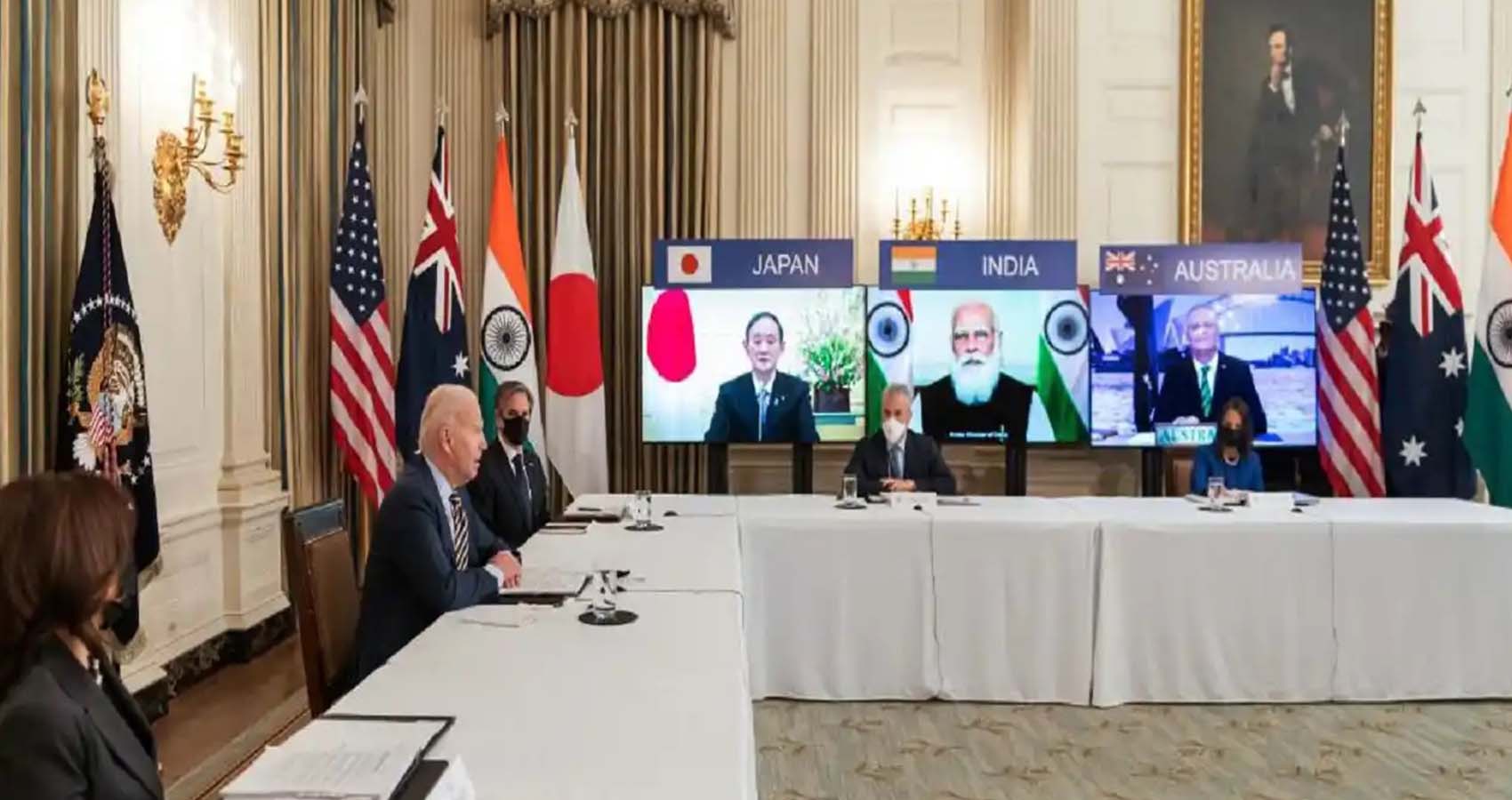 US President Joe Biden has said that he had a “constructive conversation” with the Quad leaders, including Prime Minister Narendra Modi, on the Ukraine crisis as he reiterated the four-nation grouping’s commitment to sovereignty and territorial integrity around the world, including in the Indo-Pacific.

Psaki added that Biden suggested that members of their national security team should follow up going forward. The Quad leaders convened a virtual meeting on Mar.2 where they discussed the ongoing conflict and humanitarian crisis in Ukraine and assessed its broader implications also reaffirmed their commitment to a free and open Indo-Pacific.

“I met with my fellow Quad leaders Prime Minister Scott Morrison, Prime Minister Narendra Modi, and Prime Minister Kishida Fumio about Russia’s ongoing attack on Ukraine and our commitment to sovereignty and territorial integrity around the world, including in the Indo-Pacific,” Biden tweeted after the meeting.

During the virtual meeting, the Quad leaders prominently discussed Russia’s military operation in Ukraine and the humanitarian crisis unfolding in the eastern European nation. 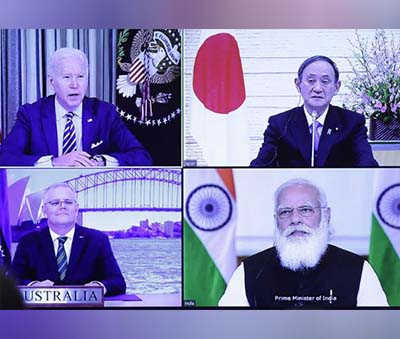 “The Quad leaders reaffirmed their commitment to a free and open Indo-Pacific region, and agreed to meet in person in Tokyo later this year,” the White House said in a press release, indicating that China’s growing assertiveness in the region came up for discussion.

President Biden suggested that members of the respective national security teams should also follow up after the meeting of the four heads of state, Psaki said.

“He (Biden) asked members of their national security team to follow up from there,” Psaki told reporters.

“But I’m not going to get into more details about the conversation beyond that,” she said in response to a question whether India’s defence ties with Russia were discussed.

The Quad meeting took place a day after the US, Australia and Japan supported a resolution at the UN General Assembly to demand an immediate halt to Russia’s attack on Ukraine and the withdrawal of all Russian troops. India abstained from Wednesday’s vote.

In November 2017, the US, India, Australia and Japan gave shape to the long-pending proposal of setting up the four-nation Quad grouping to develop a new strategy to keep the critical sea routes in the Indo-Pacific free of any influence, amid China’s growing military presence in the strategic region.

In March last year, Biden hosted the first-ever summit of the Quad leaders in the virtual format that was followed by an in-person summit in Washington in September for which Prime Minister Modi had travelled to the US.

The Quad has been focusing on cooperation in areas such as producing vaccines, connectivity projects, facilitating the mobility of students, and looking at promoting startups and technology collaboration.

On the question of whether India-Russia military ties were discussed during the Quad meet, White House press secretary Jen Psaki said on Mar.4, “US President Joe Biden felt it was a constructive conversation.”

Quad leaders including Prime Minister Narendra Modi reaffirmed their commitment to a free and open Indo-Pacific, in which the sovereignty and territorial integrity of all states is respected, and countries are free from military, economic, and political coercion, the White House said.

The White House said that the Quad leaders reaffirmed their dedication to the Quad as a mechanism to promote regional stability and prosperity.

“They agreed to set up a new humanitarian assistance and disaster relief mechanism which will enable the Quad to meet future humanitarian challenges in the Indo-Pacific and provide a channel for communication as they each address and respond to the crisis in Ukraine,” said the White House.