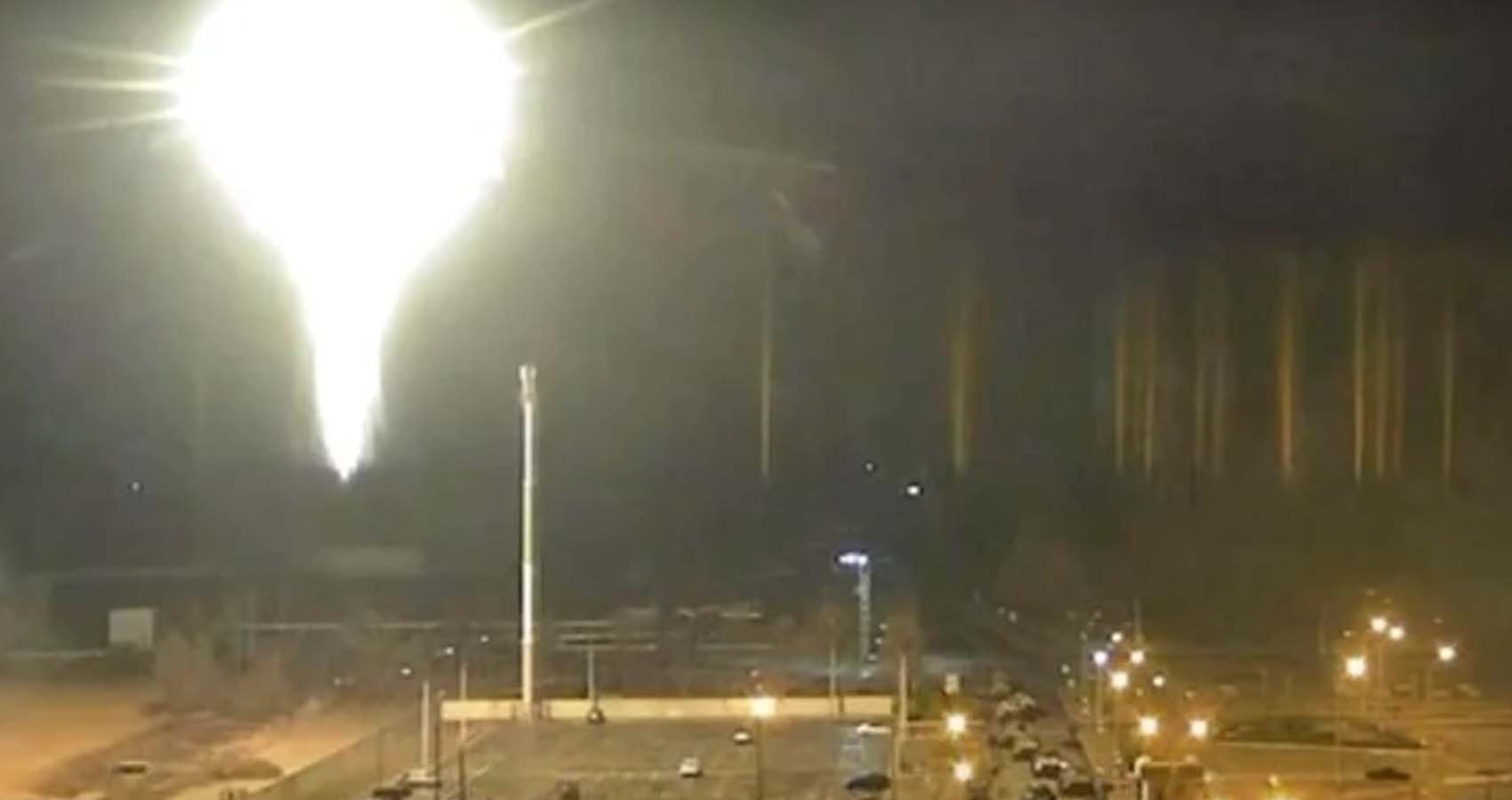 KYIV, Ukraine (AP) — Russian troops Friday seized the biggest nuclear power plant in Europe after a middle-of-the-night attack that set it on fire and briefly raised worldwide fears of a catastrophe in the most chilling turn yet in Moscow’s invasion of Ukraine.

Firefighters put out the blaze, and no radiation was released, U.N. and Ukrainian officials said, as Russian forces pressed on with their week-old offensive on multiple fronts and the number of refugees fleeing the country eclipsed 1.2 million.

With world condemnation mounting, the Kremlin cracked down on the flow of information at home, blocking Facebook, Twitter, the BBC and the U.S. government-funded Voice of America. And President Vladimir Putin signed a law making it a crime punishable by up to 15 years in prison to spread so-called fake news, including anything that goes against the official government line on the war.

While the vast Russian armored column threatening Kyiv remained stalled outside the capital, Putin’s military has launched hundreds of missiles and artillery attacks on cities and other sites across the country, and made significant gains on the ground in the south in an apparent bid to cut off Ukraine’s access to the sea.

In the attack on the Zaporizhzhia nuclear plant in the southeastern city of Enerhodar, the chief of the U.N.’s International Atomic Energy Agency, Rafael Mariano Grossi, said a Russian “projectile” hit a training center, not any of the six reactors.

The attack triggered global alarm and fear of a catastrophe that could dwarf the world’s worst nuclear disaster, at Ukraine’s Chernobyl in 1986. In an emotional nighttime speech, Ukrainian President Volodymyr Zelenskyy said he feared an explosion that would be “the end for everyone. The end for Europe. The evacuation of Europe.”

But nuclear officials from Sweden to China said no radiation spikes had been reported, as did Grossi.

Authorities said Russian troops had taken control of the overall site but plant staff continued to run it. Only one reactor was operating, at 60% of capacity, Grossi said in the aftermath of the attack.

In the U.S., Pentagon spokesman John Kirby said the episode “underscores the recklessness with which the Russians have been perpetrating this unprovoked invasion.” At an emergency meeting of the U.N. Security Council, Ukraine’s U.N. ambassador, Sergiy Kyslytsya, said the fire broke out as a result of Russian shelling of the plant and accused Moscow of committing “an act of nuclear terrorism.” 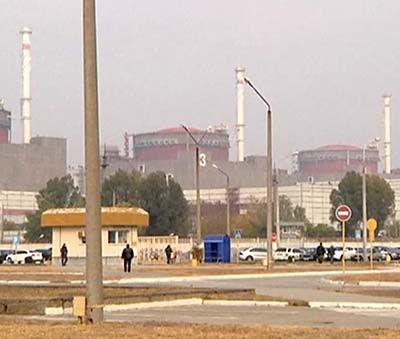 The crisis unfolded after Grossi earlier in the week expressed grave concern that the fighting could cause accidental damage to Ukraine’s 15 nuclear reactors at four plants around the country.

“These plants are now in a situation that few people ever seriously contemplated when they were originally built,” said Edwin Lyman of the Union of Concerned Scientists in Washington. “No nuclear plant has been designed to withstand a potential threat of a full-scale military attack.”

Dr. Alex Rosen of International Physicians for the Prevention of Nuclear War said the incident was probably the result of military units overestimating the precision of their weapons, given that the prevailing winds would have carried any radioactive fallout straight toward Russia.

“Russia cannot have any interest in contaminating its own territory,” he said. He said the danger comes not just from the reactors but from the risk of enemy fire hitting storage facilities that hold spent fuel rods.

“We understand the desperation, but we also believe that if we did that, we would end up with something that could end in a full-fledged war in Europe,” Stoltenberg said.

The plant fire was the second time since the invasion began that concerns about a potential nuclear accident arose, after a battle at the heavily contaminated site of the now-decommissioned Chernobyl plant.

Russian forces, meanwhile, pressed their offensive in the southern part of the country. Severing Ukraine’s access to the Black Sea and the Sea of Azov would deal a severe blow to its economy and could worsen an already dire humanitarian situation.

A round of talks between Russia and Ukraine yielded a tentative agreement Thursday to set up safe corridors to evacuate citizens and deliver food and medicine. But the necessary details still had to be worked out.

The U.N. human rights office said 331 civilians had been confirmed killed in the invasion but the true number is probably much higher.

In Romania, one newly arrived refugee, Anton Kostyuchyk, struggled to hold back tears as he recounted leaving everything behind in Kyiv and sleeping in churches with his wife and three children during their journey out.

Appearing on video in a message to antiwar protesters in several European cities, Zelenskyy continued to appeal for help.

Inside Ukraine, frequent shelling could be heard in the center of Kyiv, though more distant than in recent days, with loud thudding every 10 minutes resonating over the rooftops.

He said Ukrainian forces were still holding the northern city of Chernihiv and had prevented Russian efforts to take the important southern city of Mykolaiv. Ukrainian artillery also defended Odesa from repeated attempts by Russian ships to fire on the Black Sea port, Arestovich said. Odesa is Ukraine’s biggest port city and home to a large naval base.

The Ukrainian Navy scuttled its flagship at the shipyard where it was undergoing repairs to keep the frigate from being seized by the Russians, authorities said.

Another strategic port, Mariupol, on the Sea of Azov, was “partially under siege,” and Ukrainian forces were pushing back efforts to surround the city, Arestovich said. The fighting has knocked out the city’s electricity, heat and water systems, as well as most phone service, officials said.

“The humanitarian situation is tense,” he said. Amid the warfare, there were occasional signs of hope.

As explosions sounded on the fringes of Kyiv, Dmytro Shybalov and Anna Panasyk smiled and blushed at the civil registry office where they married Friday. They fell in love in 2015 in Donetsk amid the fighting between pro-Russian separatists and Ukrainian forces that was a precursor to the countrywide war.

“It’s 2022 and the situation hasn’t changed,” Shybalov said. “It’s scary to think what will happen when our children will be born.”