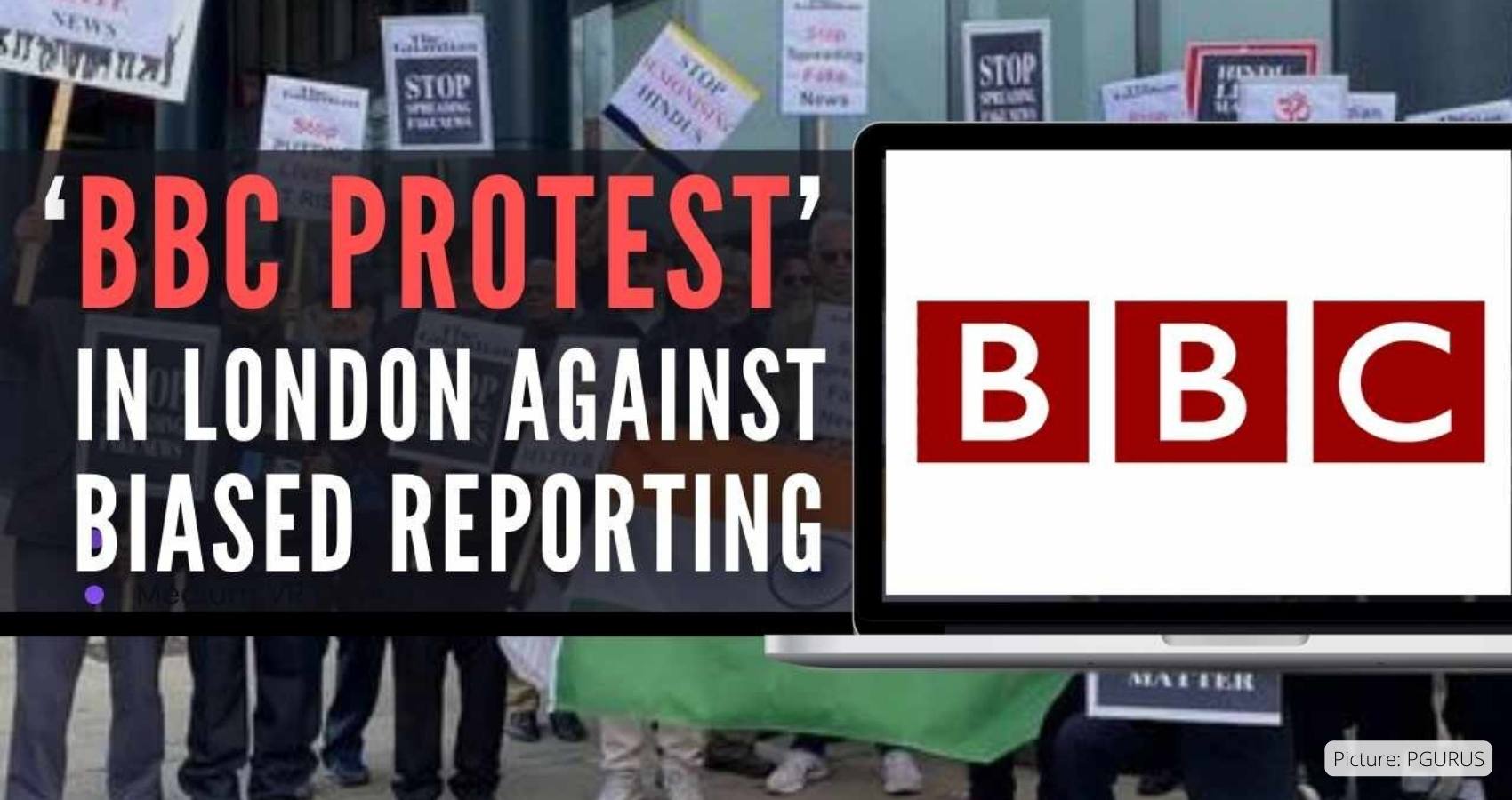 Investigations found that Muslim youth were found to be terrorising Hindu families into leaving Leicester in a replay of the ethnic cleansing of the Hindus and Sikhs in Kashmir. The Muslim youth reportedly carried out `Muslim Patrols` in front of Hindu homes and posted such photographs on social media.

Dozens of British Hindu organisations are protesting against the BBC for what they call the international broadcaster`s `anti-Hindu and anti-India bias` running nonstop for many years. The protest will take place at 11 am UK time today in front of the BBC headquarters in London `against Hinduphobia and Indiaphobia.

It is similar to the one organised by the British Hindus against The Guardian newspaper in September, where the community said the newspaper`s coverage of Leicester was based on `biased and fake news.` The protesters will also hand over a memorandum to the BBC Director-General Tim Davie. They allege that the BBC has an inherent anti-Hindu bias in its coverage which has become worse over the last 18 years.

In an extraordinarily strong condemnation of the BBC, a statement by the organisers said: `The BBC`s coverage of the violent attacks on Leicester Hindus by Islamists was the worst reporting seen so far and has contributed to the concealment of an attempt to ethnically cleanse Leicester of Hindus.`

The groups say they are determined to protest till `the BBC cease its unrelenting vilification and dehumanisation of Hindus globally and of `licence-fee paying` British Hindus especially.` Some of the organisers of the `BBC Protest` include well-known people like Dr Vivek Kaul, Dr Sneh S. Kathuria, Pt Satish K. Sharma, Nitin Mehta MBE and Darshan Singh Nagi.

Citing biased coverage by the BBC, the organisers point out Alasdair Pinkerton`s research for the 2008 edition of the peer-reviewed Historical Journal of Film, Radio and Television, saying, Alasdair Pinkerton `analysed the coverage of India by the BBC from India`s 1947 independence from British rule to 2008. Pinkerton observed a tumultuous history involving allegations of anti-India bias in the BBC`s reportage, particularly during the Cold War, and concluded that the BBC`s coverage of South Asian geopolitics and economics showed a pervasive and hostile anti-India bias because of the BBC`s alleged imperialist and neo-colonialist stance.`

Mentioning an article, `Beaten and humiliated by Hindu mobs for being a Muslim in India`, The organisers said the headline is designed to create conflict and disorder. `It is irresponsible identitarian `divide and run` cheap, gutter journalism. It is self-evident that reports of this nature cause further inter-communal tension and stigmatise Hindus.`

The organisers said the BBC is routinely producing hateful content, adding, `When a lie is repeated again and again, it gains credibility. A country which has given shelter to persecuted Parsis, Jews, Tibetans, Bahais and many more has been stigmatised as intolerant!`

Pointing out to the BBC`s limited vocabulary used to describes Hindus, they said that its reporting only contains the terms, `Fear, Hate, Violence, Hindu Muslim, Kashmir, Cow, Mob and Protest` to describe India.

The organisers also claimed that increasing numbers of licence fee-paying British citizens and even the British Government feel the BBC is habitually peddling fake narratives on India and Hindus. `Your biased reporting on the world`s largest democracy and one of the biggest economies of the world is clearly against the national interests of India & the United Kingdom…`

Anger against British media houses was ignited by the sporadic but continuing violence from August till September which targeted Hindus shops, homes, temples and cars. Fake information from social media was published by The Guardian`s and the BBC`s reporters without cross-verifying turning the Hindus into aggressors.

In a big shock for the British government, the violence in Leicester also injured dozens of police officers, making Home Secretary Suella Braverman rush to the city. Even the newly-anointed King Charles III inquired about the serious unrest in the city.

Investigations found that Muslim youth were found to be terrorising Hindu families into leaving Leicester in a replay of the ethnic cleansing of the Hindus and Sikhs in Kashmir. The Muslim youth reportedly carried out `Muslim Patrols` in front of Hindu homes and posted such photographs on social media.

The under-pressure police later debunked most of the fake messages posted by Muslims groups against Leicester`s Hindus. It also found that Muslim youth came from outside Leicester to fan the violence.

(The sole responsibility for this article’s contents lies with news agency IANS and their content partners indianarrative.com. TheUNN has made no editing to the contents of this article)