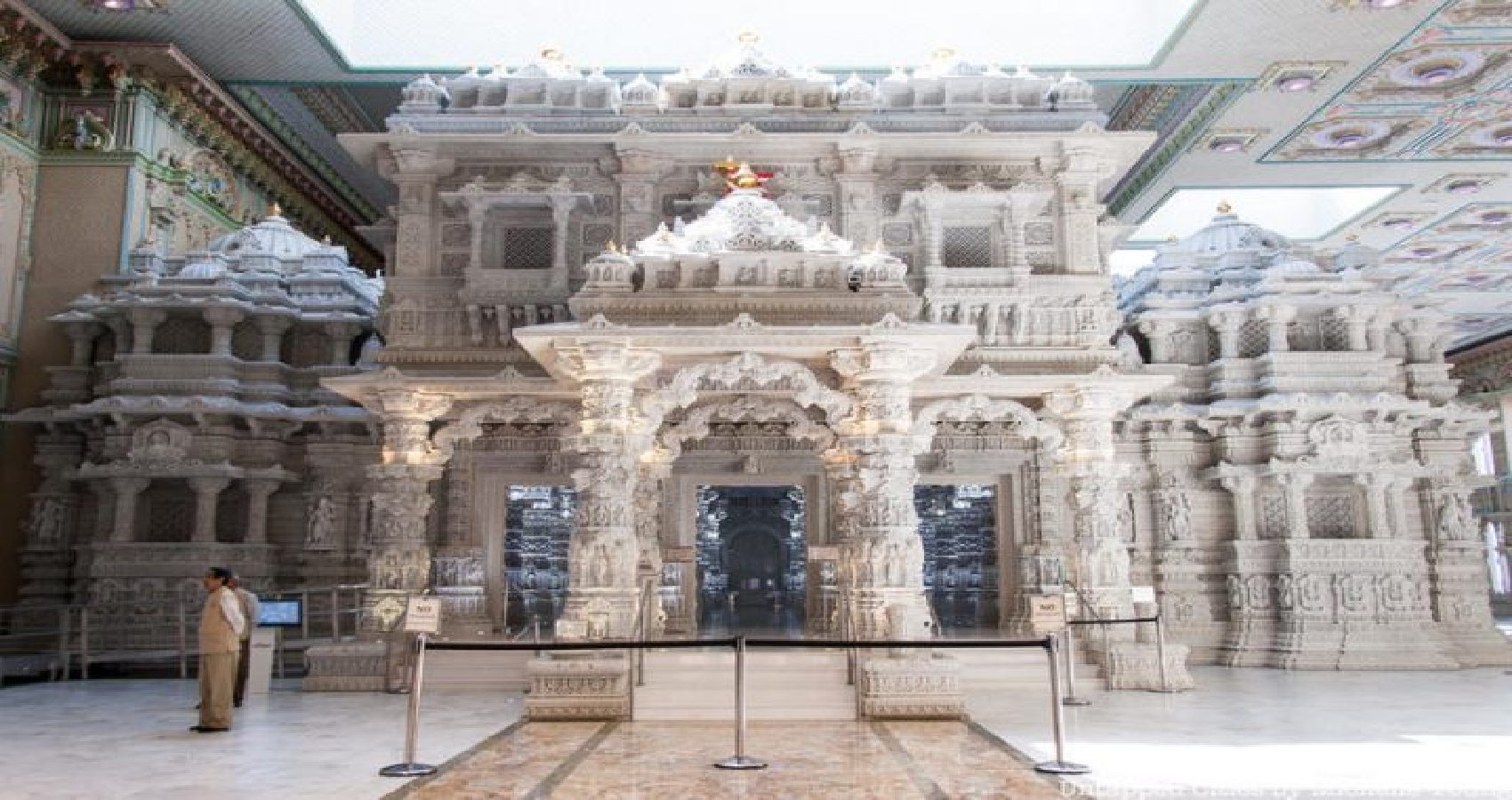 A lawsuit filed in federal court last week alleges the builders of a New Jersey Hindu temple — considered to be one the largest in the United States — lured workers from India, worked them nearly 90 hours per week and paid them around $1.20 per hour.

The lawsuit accuses the leaders of the Hindu organization known as BochasanwasiAksharPurushottam Swaminarayan Sanstha, or a Hindu sect known as BAPS, and the leaders who run the Robbinsville temple and its construction. The temple opened in 2014 and is constructed entirely of Italian marble that was sculpted in India and completed on site off Route 130 in Robbinsville. The ongoing construction on the BAPS Temple in Robbinsville began in 2010, and the site has caught the attention of state and federal authorities in recent years. 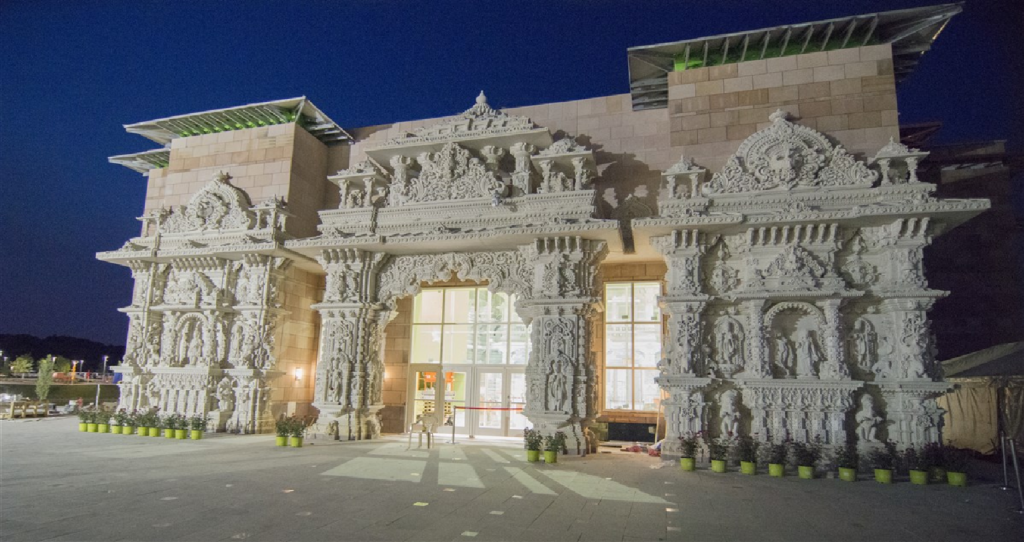 BAPS has been accused of human trafficking and wage law violations. An FBI spokesperson confirmed that agents were at the temple on “court-authorized law enforcement activity,” but wouldn’t elaborate. One of the attorneys who filed the suit said some workers had been removed from the site May 11.The lawsuit has been filed a month after New Jersey labor authorities halted work by a contractor at the Robbinsville temple and at a BAPS temple in Edison. The new lawsuit is a proposed class action complaint, alleging around 200 workers on religious immigration visas endured forced manual labor for the ongoing construction and expansion of the religious property on the 100-acre site.

The lawsuit says more than 200 workers — many or all of whom don’t speak English — were coerced into signing employment agreements in India. They traveled to New Jersey under R-1 visas, which are meant for “those who minister, or work in religious vocations or occupations,” according to the lawsuit.When they arrived, the lawsuit says, their passports were taken away and they were forced to work at the temple from 6:30 a.m. to 7:30 p.m. with few days off, for about $450 per month, a rate that the suit said came out to around $1.20 per hour. Of that, the workers allegedly only received $50 in cash per month, with the rest deposited into their accounts in India.

The lawsuit said workers lived in a fenced-in compound where their movements were monitored by cameras and guards. They were told that if they left, police would arrest them because they didn’t have their passports, the suit said. The lawsuit names Patel and several individuals described as having supervised the workers. It seeks unpaid wages and unspecified compensatory and punitive damages

According to the lawsuit, the exploited workers were Dalits — members of the lowest step of South Asia’s caste hierarchy. D.B. Sagar, president of the Washington-based International Commission for Dalit Rights, told The Associated Press that Dalits are an easy target for exploitation because they’re the poorest people in India. “They need something to survive, to protect their family,” Sagar — a Dalit himself — said, adding that if the allegations in the lawsuit are true, they amount to “modern-day slavery.”

BAPS CEO Kanu Patel, who is named as a defendant in the lawsuit, told The New York Times, “I respectfully disagree with the wage claim.” A spokesperson for the organization, Matthew Frankel, told The Associated Press that BAPS was first made aware of the accusations early Tuesday morning. “We are taking them very seriously and thoroughly reviewing the issues raised,” he said. 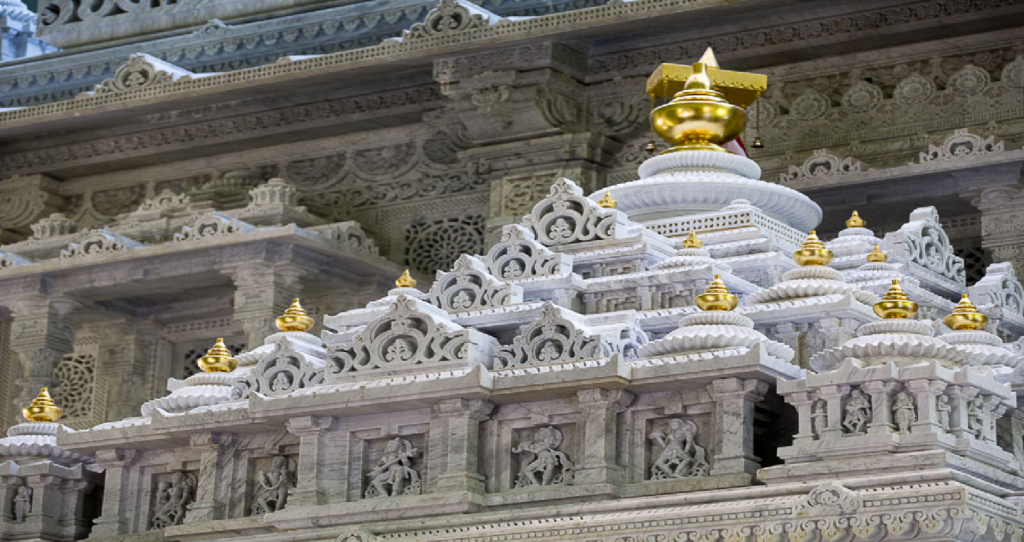 BAPS is a global sect of Hinduism founded in the early 20th century and aims to “preserve Indian culture and the Hindu ideals of faith, unity, and selfless service,” according to its website. The organization says it has built more than 1,100 mandirs — often large complexes that essentially function as community centers. BAPS is known for community service and philanthropy, taking an active role in the diaspora’s initiative to help India amid the current COVID-19 surge. According to the website for the Robbinsville mandir, its construction “is the epitome of volunteerism.”“Volunteers of all ages have devoted their time and resources from the beginning: assisting in the construction work, cleaning up around the site, preparing food for all the artisans on a daily basis and helping with other tasks,” the website says. “A total of 4.7 million man hours were required by craftsman and volunteers to complete the Mandir.”

The case was filed on behalf of five men described in the court papers as Dalits from Rajasthan, who had worked at the Shri Swaminarayan Mandir in Robbinsville.Their 42-page case document, alleges that they were made to work at the temple for more than 12 hours a day, seven days a week with days off only occasionally for which they were paid less than $1.20 an hour – an amount far less than the state minimum wage that was $10 in 2019 and $11 in 2020.Their court papers, however, say that they were instructed while applying for their visa to tell the U.S. embassy staff that they were going to the U.S. for “volunteer work at the temple” and “would be performing the work as a service to the deities” even though they assert that they were not members of BAPS.

According to the court document, although they came to the U.S. with an R-1 visa, which is granted to missionaries and religious workers, they did not perform any religious work and instead were made to do “dangerous” manual work at the temple. The men filing the case are Mukesh Kumar, Keshav Kumar, Devi Laal, Niranjan, Pappu, and Brajendra.The New York Times reported that BAPS spokesperson Lenin Joshi said, “We are naturally shaken by this turn of events and are sure that once the full facts come out, we will be able to provide answers and show that these accusations and allegations are without merit.”