Notice: register_sidebar was called incorrectly. No id was set in the arguments array for the "Homepage Sidebar" sidebar. Defaulting to "sidebar-4". Manually set the id to "sidebar-4" to silence this notice and keep existing sidebar content. Please see Debugging in WordPress for more information. (This message was added in version 4.2.0.) in /home/universalmirror/public_html/theunn.com/wp-includes/functions.php on line 5311
 Ayurveda Day Held At Indian Consulate In New York - Universal News
Skip to content 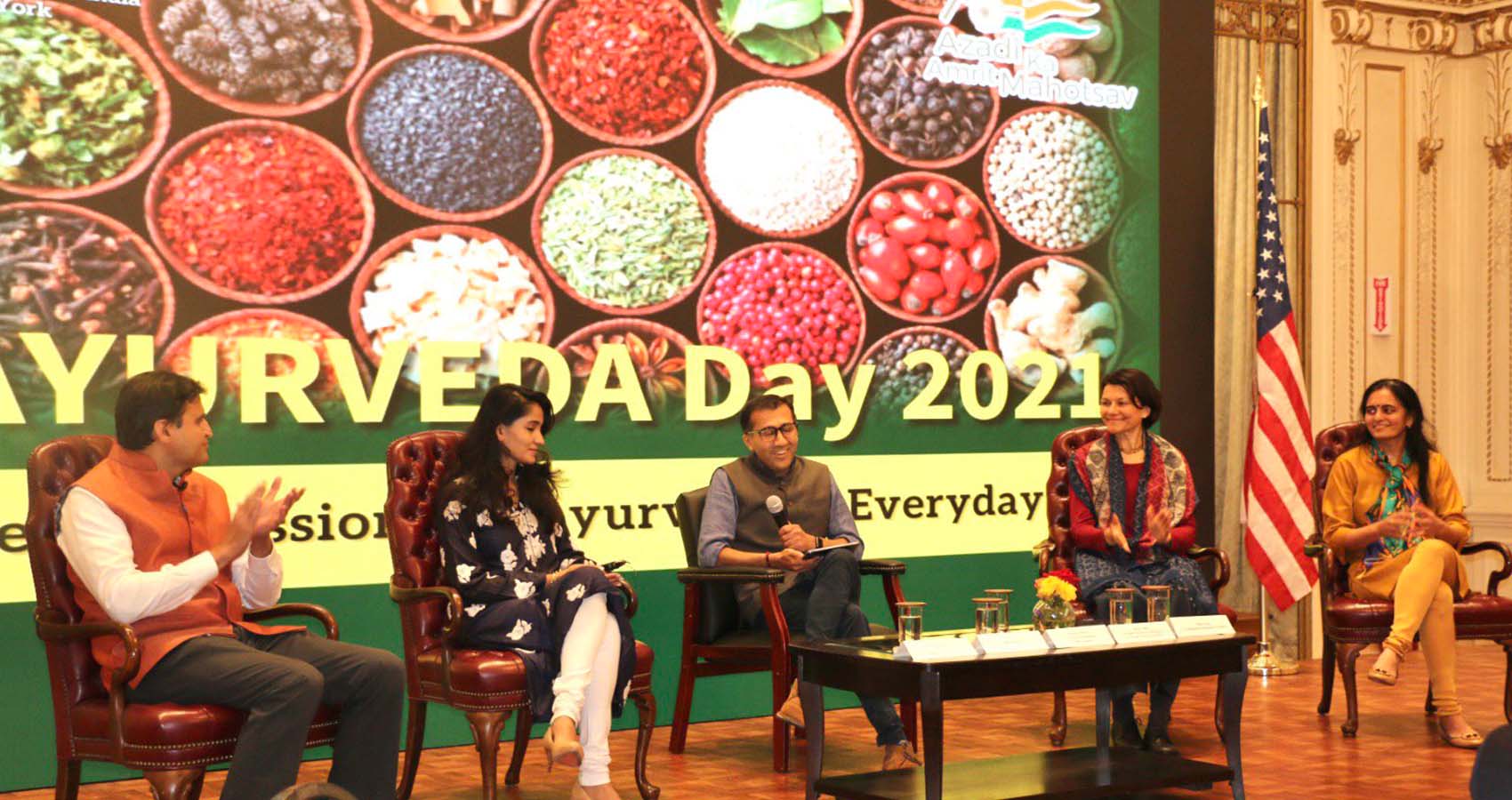 The Consulate General of India in New York organized an event to celebrate Ayurveda Day on 2nd November 2021.  Ayurveda Day is celebrated on Dhanvantri Jayanti or Dhanteras, a festival that takes place two days before Diwali.  Welcoming the guests, Consul General Randhir Jaiswal conveyed his greetings to one and all on the occasion of the sixth Ayurveda Day. He recalled how Ayurveda, an ancient Indian system of medicine, was fast becoming relevant to health and well-being in modern times.

“To treat ailments today, one has to draw from all available sources of scientific medical knowledge, and for that reason integrative medicine approach which counts on Ayurveda along with other systems, was fast becoming popular” – he noted.  He emphasized how the salience of Ayurveda and traditional knowledge were on the rise across the world, especially at a time when there was a strong urge among the global community to go “back-to-basics”. 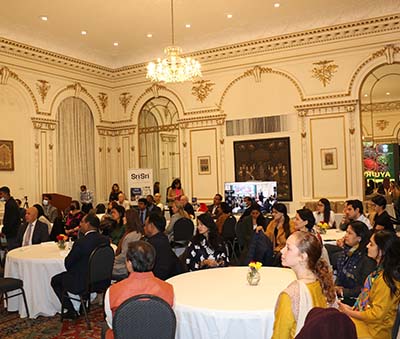 The panelists focused their presentations on how to bring Ayurvedic way of living in modern life.  They also emphasized on the benefits of Ayurveda and how it connected health to sustainability. Explaining the tenets of Ayurveda, they outlined the myriad ways in which it embraces nature and the environment.

They appreciated the push being given by the Government of India to promote Ayurveda and traditional systems of medicine in India and abroad. In this context, they noted the establishment of a special Ministry in India – Ministry of AYUSH (Ayurveda, Yoga, Naturopathy, Unani, Siddha, and Homoeopathy) – to give a boost to traditional medicine and knowledge. The conversation reinforced Ayurveda’s position as a way of life with universal appeal. It renewed commitment of the community to share this time-tested knowledge that could benefit people across cultures, traditions and lifestyles.

The program ended with chanting of musical mantras by Ms. Jahnavi Harrison. The guests at the event were served delicious Ayurveda inspired vegetarian lunch comprising super foods such as Makhana (commonly known as foxnuts) and other specialties. The audience was most delighted to know that an Ayurveda ecosystem was fast developing in New York area with Ayurvedic expertise and choices for a healthy living.