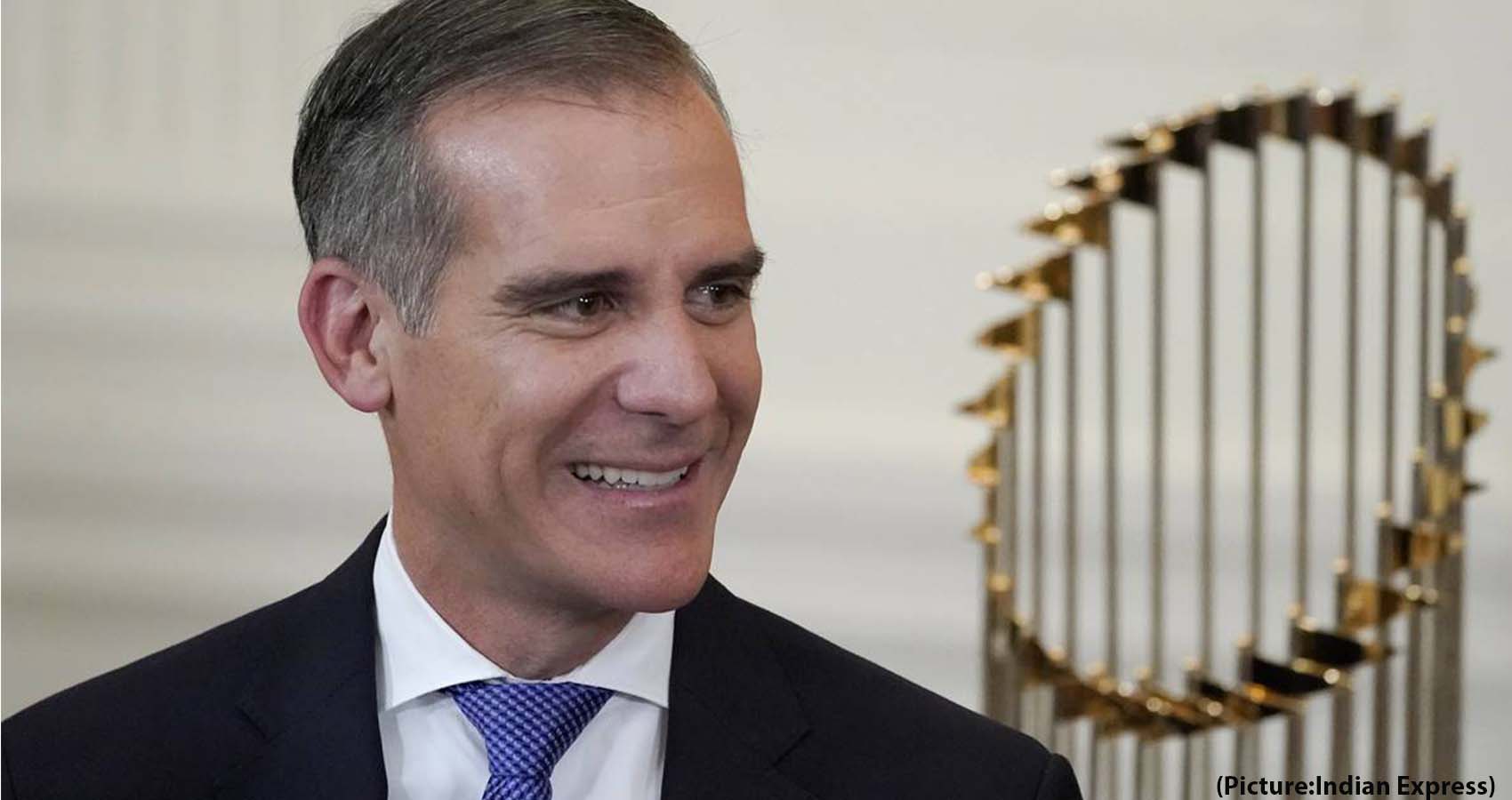 President Joe Biden has nominated Eric Garcetti, the current Los Angeles Mayor, to be the succeeding ambassador for India. The excitement in the Indian American community was undeniable, with news and celebrations circulating around Southern California and reaching social media platforms.

Prior to his nomination’s announcement, Garcetti assured the reporters at a Los Angeles Media Roundtable that he has deep-rooted connections to India and claimed that his experience visiting India as a teenager had influenced his life. As a U.S. college student at Columbia University, Garcetti managed to continuously keep in touch with his culture and traditions by studying Hindi and Urdu. He even expressed his regrets for not being able to study Buddhist studies abroad in Bodhgaya due to his school council responsibilities.

The student council member at Columbia University, later on, became mayor in 2013, becoming Los Angeles’ first Jewish and its second elected Mexican American mayor. Not only is his ethnic background unique when compared to previous mayors, but his youthful 42 years of age is also a characteristic that distinguishes him from the rest. In 2017, he easily won his re-election as well as voter approval for the extension of his term to 2022. Although he received voter approval, enabling him to carry out his mayor duties for another extra year, he has decided to respond to the task of assisting India as the next ambassador instead.

A commonality Garcetti has pointed out between the governments of the U.S. and India is the urgent response to climate change. Beginning from 2019, the nominee leads the C40 Cities Climate Leadership Group as the chairperson, along with the former mayor of New York City Michael Bloomberg as president of the board. The organization consists of 98 cities, with at least six being Indian cities, around the world, incorporating one-twelfth of the world’s population and one-quarter of the global economy. Garcetti promises that he has “engaged very extensively with Indian leaders, chief ministers, and urban leaders around climate change and as much as I can around Covid now.”

When asked about what he will take from Los Angeles to his new job, Eric Garcetti responded by expressing his hopes of prioritizing what he can bring from India to the United States. He states that there are lots of similarities between our challenges and opportunities that take place in various areas such as Hollywood and Bollywood, or the digital economy where both California and India are big leaders. He goes on to say that he “would hope to bring the culture of Los Angeles to potential service abroad.” With California producing 85% of the produce for America, there is a large potential for building agricultural connections, which is principal in the Indian tradition.

Many are looking forward to the nomination in hopes of improving U.S.-India relations and are reassured given Garcetti’s previous responsibilities with the nation’s second-largest city and his numerous political connections. 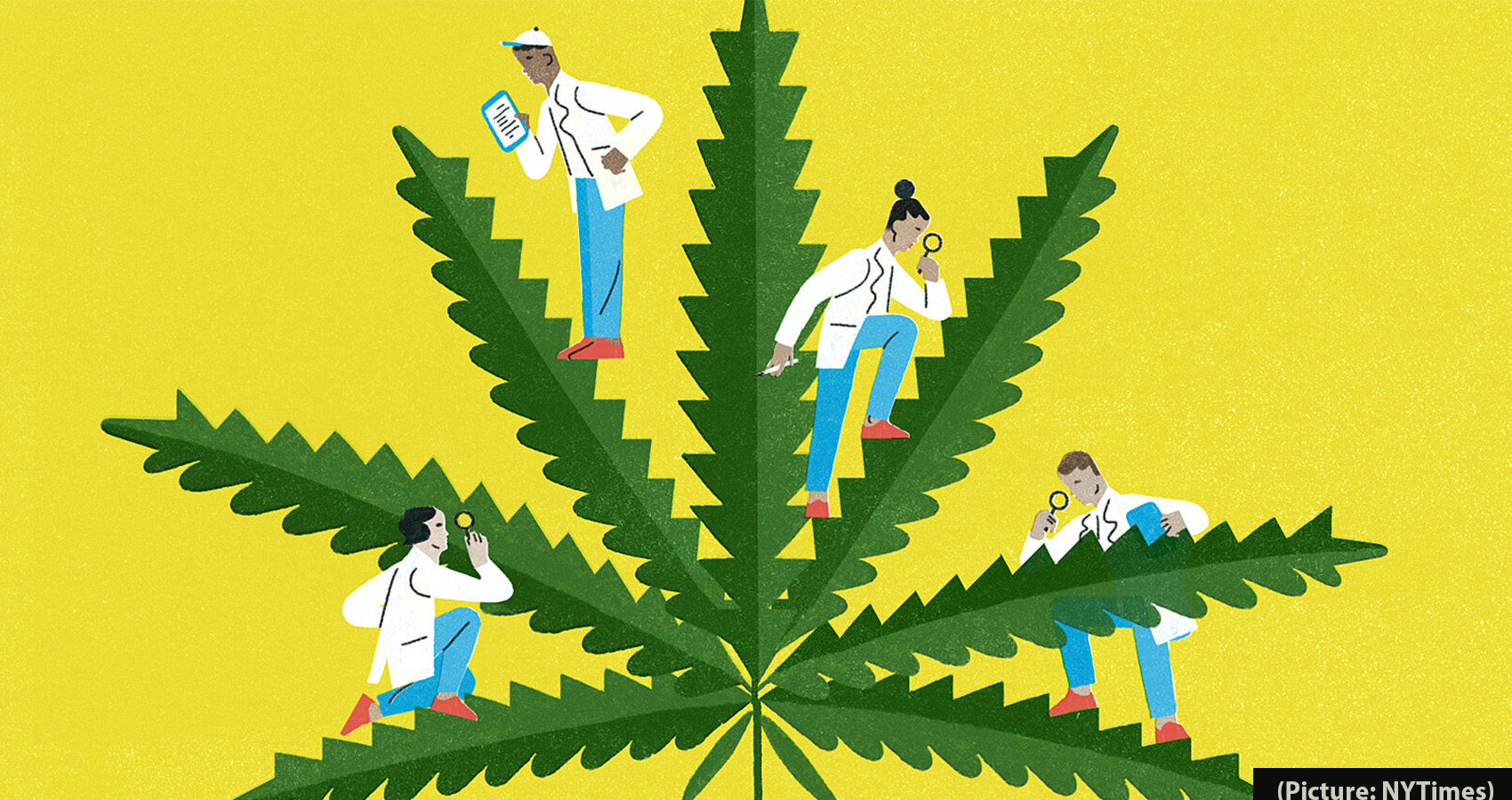 The stigma encompassing marijuana has been steadily declining with states legalizing it for both medical and recreational use. On March 31st, New York became the 15th state to legalize cannabis. There are currently 18 states in the U.S. that legalized recreational cannabis and the number of states are only expected to increase with time. As cannabis continues to grow in popularity, it’s important to understand the potentially harmful consequences that come along with the drug.

According to Fiona Clement, a health-policy researcher at the University of Calgary’s Cummings School of Medicine, multiple studies have shown associations between marijuana and possible adverse effects. These side effects include the risk of impaired driving, increased chance of stroke and testicular cancer, brain development changes that may affect learning and memory, and mental illnesses involving psychosis.

After the legalization of marijuana in Colorado, cases of acute injuries and various illnesses linked to cannabis use began to rise. Research shows that cannabis-related visits to hospitals in Colorado increased around 40%, from 824 per 100,000 visits to 1,146 per 100,000, in the years between 2012 and 2014. Many of those cases were related to mental illnesses, which were found to be diagnosed in individuals who use cannabis five times more than those who choose to abstain.

Mental illnesses were not the only concerning cases related to cannabis use that the Colorado hospitals had to handle. Unfortunately, cases of marijuana use leading to cyclic vomiting syndrome also increased, with some hospitals doubling in these diagnoses. There have also been several occurrences where children, under the age of 10, were accidentally poisoned by cannabis. These incidents of marijuana-related visits to the children’s hospital nearly doubled after the legalization of cannabis, suggesting that there are real risks even to individuals who are not consuming the drug.

The potential adverse outcomes have evidently not abated the popularity of cannabis. However, the age restriction for the use of marijuana should be strictly adhered to. Minors are prone to sustaining long-term damage as their brains are still in the process of developing. THC binds to cannabinoid receptors in the brain, which play an important role in neurotransmitter release. These receptors should increase during adolescence, as they are vital for the genetic expression of neural (brain) development. Regular use of marijuana could significantly alter these neurodevelopmental systems, leading to poor cognitive and emotional outcomes in adulthood.

There are clear risks with cannabis use and it’s important to be transparent about these consequences. “Cannabis is not the root of all evil, nor is it the cure for all diseases,” Monte says. “You’ve got to understand what the good is and what the bad is, and then make a balanced decision.” 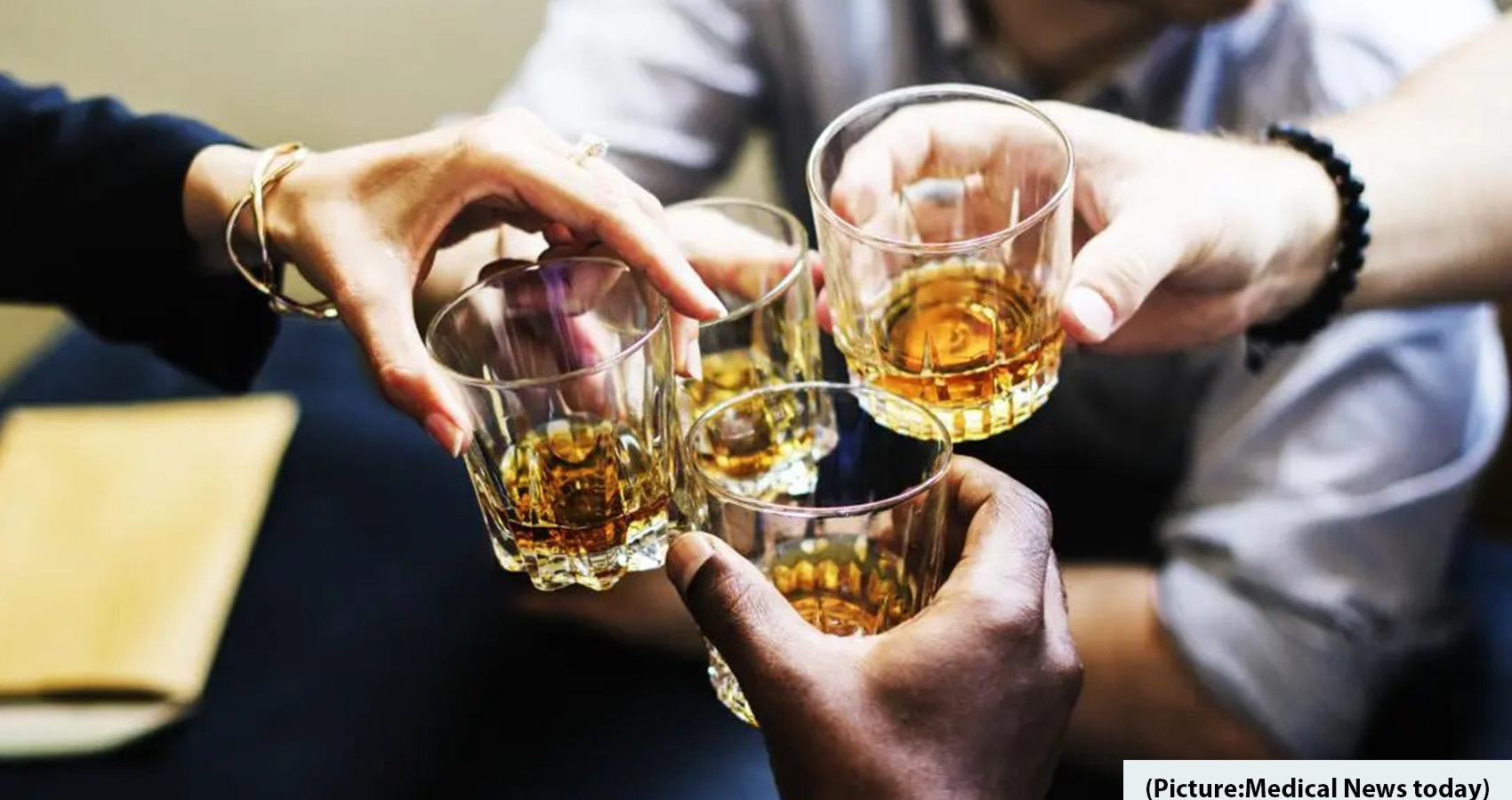 Alcohol use in today’s society  is exceedingly widespread, taking place not only in bars but also in school dorms, households, and a variety of other locations. With alcohol being such a popular means of socializing, people often disregard the dangers that are associated with drinking.

According to a study published in Lancet Oncology, “fewer than one in three Americans recognize alcohol as a cause of cancer”. Harriet Rumgay, a researcher at the International Agency for Research on Cancer, continues, stating that this belief is “similar in other high-income countries, and it’s probably even lower in other parts of the world”.

This assumption was proven false by the study that found that at least 4% of esophageal, mouth, larynx, colon, rectum, liver, and breast cancers diagnosed globally in 2020, which accounted for more than 740,000 people, can be traced back to alcohol consumption. Out of the 740,000 alcohol-related cancer cases diagnosed, men accounted for three-quarters, while the majority of the remaining 172,600 women were diagnosed with breast cancer. In 2019, more than 44,000 people in the U.S. died of alcoholic liver disease, proving the conclusion that alcohol consumption can be lethal if not monitored.

While most people believe that drinking in moderation would not drastically damage their health, researchers found that the amount of alcohol consumed positively correlates with an individual’s cancer risk. Moderate drinking consists of one or two alcoholic drinks per day, which may not seem like a great deal, however, this lifestyle accounted for approximately 14% of alcohol-related cancers.

Cancers develop when there is unregulated cell division causing abnormal growth of tissue, resulting in tumors. Alcohol can induce this irregular growth by increasing hormone levels, such as estrogen, which leads to increased cell division and thereby providing more opportunities for cancers to develop. Alcohol also contains ethanol, an organic compound, which gets broken down into acetaldehyde, a toxic molecule that is known to damage DNA and interferes with cells’ ability to repair the damage.

What seems to be the “responsible” amount of alcohol consumption may actually be an agent for biological damage. Even the concerning evidence presented in the study, which links alcohol to cancer, is considered to be an underestimate. “That’s because we didn’t include former drinkers in our main analysis, even though they may have an increased risk of cancer,” as stated by Rumgay.

Since people don’t recognize alcohol as a potentially harmful substance that can be abused, it opens up more health complications that could have been avoided with the right guidance. Doctors like Amy Justice, a professor of medicine and public health at Yale University, are making an effort to reduce the number of alcohol-related cancers by giving brief motivational information and consultations.

In the future, encouraging health care providers to talk with patients about alcohol use hopefully may reduce the number of alcohol-related cancer cases.