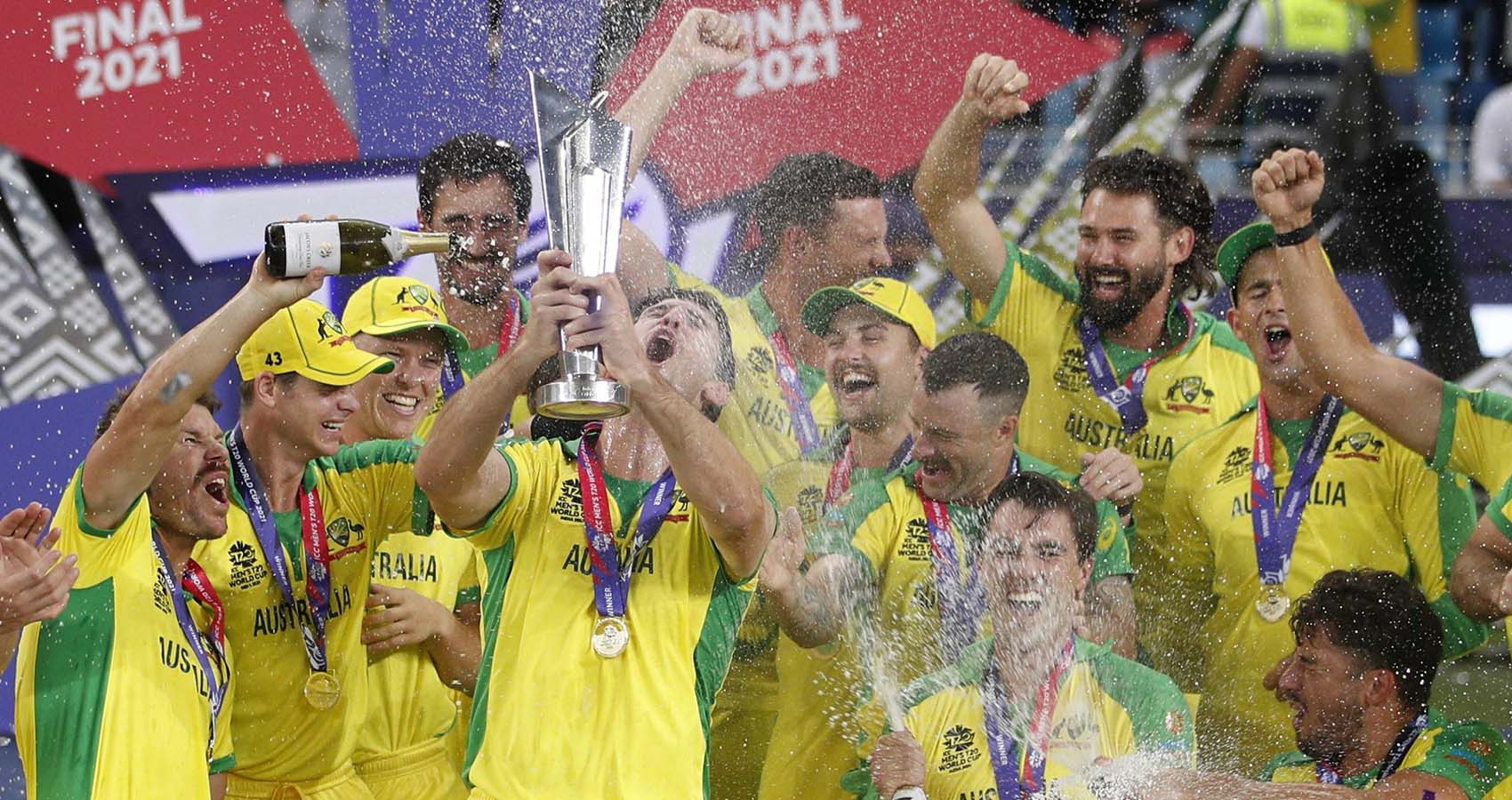 Australia beat their Trans-Tasman rivals New Zealand by 8 wickets to lift their first T20 World Cup on Sunday, November 14th in Dubai by chasing down the 173-run target set by the Kiwis with 7 balls to spare. Put into bat first, New Zealand struggled early on, managing to score just 57 runs for the loss of one wicket in the first 10 overs before the Kiwi captain Kane Williamson grabbed the bull by the horns and stepped on the gas, scoring a quickfire 85 off 48 balls to lead the team to 172 for the loss of 4 wickets. 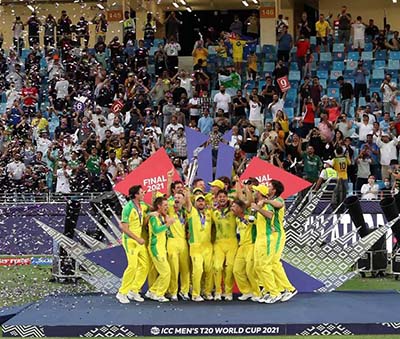 Australia, who won the toss, began the run chase at a blistering pace with opener David Warner scoring 53 off 38 deliveries, enabling his team to be at 82 for the loss of 1 wicket at the halfway stage. Injury ravaged Mitchell Marsh, who top scored for his team with a 77 not out off 50 deliveries also achieved a personal milestone for himself by becoming the first Aussie to score 600 runs in T20Is in 2021.

While for the Kiwis, it was yet another heartbreak against the Kangaroos in a World Cup final — they lost to the Aussies in the 2015 World Cup ODI final — they did have a consolation in Williamson becoming the highest scoring captain in a T20 World Cup final, beating the record of former Sri Lankan skipper Kumar Sangakkara. Williamson in fact singled out Mitchell Starc for special treatment, who went for 60 runs in his 4 overs, including 19 runs off the 11th over of the innings, including surviving a chance off a dropped catch by Josh Hazlewood.

It was New Zealand’s third white-ball World Cup final in six years, a superb achievement particularly when coupled with their victory in the World Test Championship earlier this year, but all three have been lost. “You sign up to play the game, and you win or you lose. These are things that can happen on any day,” their captain, Kane Williamson, said.

Through a combination of good bowling and a tough pitch, New Zealand was restricted for runs, also losing the wicket of opening batsmen Daryl Mitchell for just 11.

The turning point for New Zealand came when captain Williamson bwas dropped by fast bowler Josh Hazlewood on the boundary.

At that point, he had scored 21 runs off 21 balls. After that, he exploded, reaching a 32-ball 50 and also hitting Mitchell Starc for 22 runs off a single over.

However, in what proved to be a big over for Australia, Hazlewood claimed the wickets of Glenn Phillips and Williamson — after a remarkable innings of 85 runs off of 48 balls.

“If you look at the campaign as a whole, and the type of cricket we have been able to play, I can say we are very proud of our efforts through this period of time. You get to a final and anything can happen. We turned up and played some really good cricket, and it wasn’t quite enough.”

Coming to New Zealand, the runner-up team will receive a prize money of Rs 5.95 crore. Since the Kiwis also won four of their five Super 12 matches, they also get Rs 1.2 crore. So, the Blackcaps will get richer by Rs 7.15 crore.

This was the first-ever T20 World Cup final for New Zealand, while Australia had played only one final before, in 2010 when it lost to England. Warner was named the Man of Tournament for his wonderful figure of 289 runs in the ICC event.