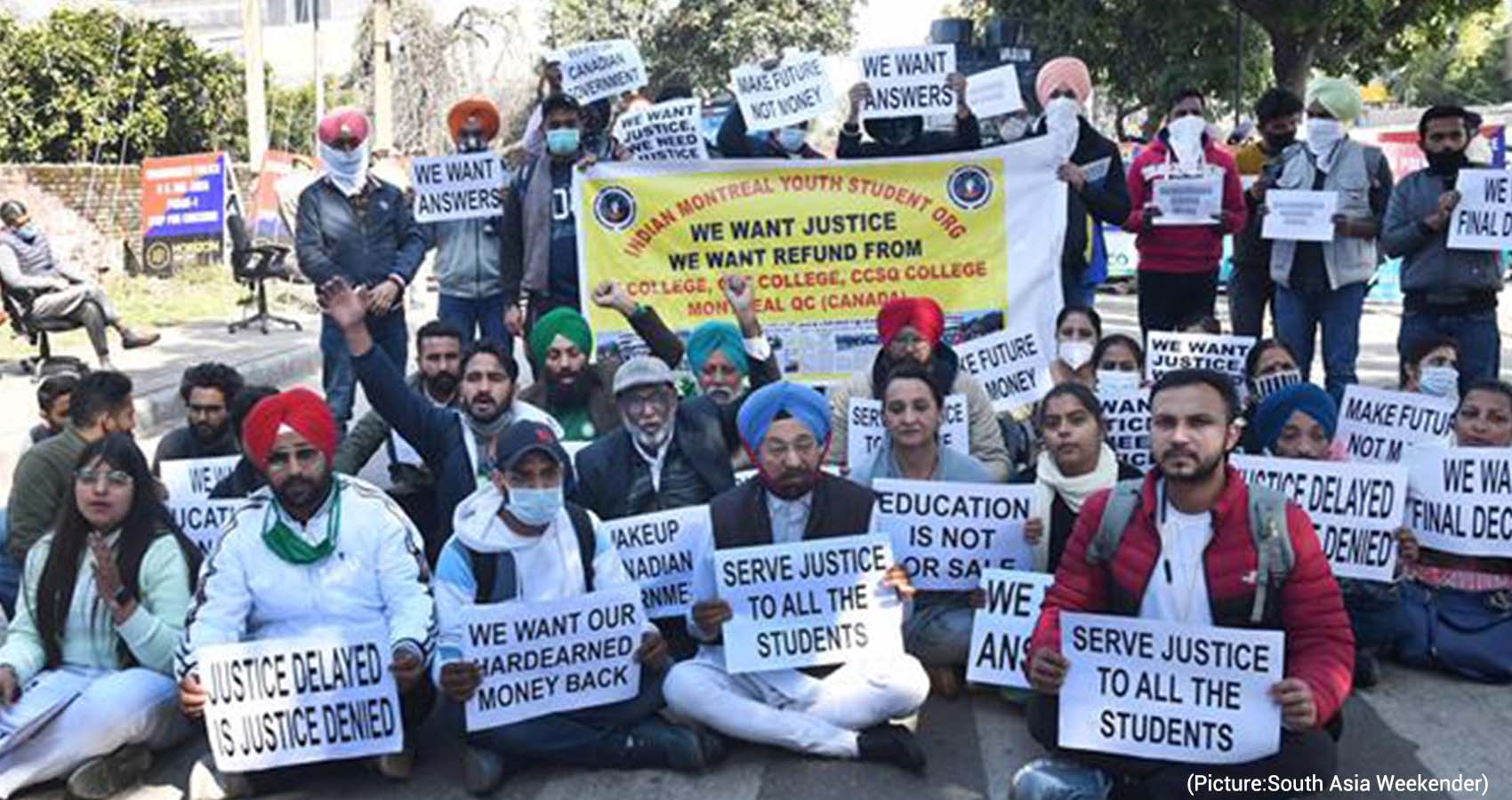 The abrupt school closures prompted scores of students to flock to the Indian High Commission in Canada for assistance, as many of them had been forced to pay up thousands of dollars in fees without warning, only to have their education halted.

Following the abrupt closure of three colleges in Canada’s Quebec that has left thousands of Indian students in a major predicament, the Indian High Commission in Ottawa has issued an advisory for Indian students affected by the sudden change in the status of their educational institutions.

The three colleges — M College in Montreal, CDE College in Sherbrooke, and CCSQ College in Longueuil — soon after pushing up deadlines for tuition fees and requiring students to pay up hefty quantities all of a sudden, issued a notice to students earlier this month that they were closing altogether.

Canada’s CBC News reported that all three colleges — run by the same recruiting firm, Rising Phoenix International (RPI) Inc. — have filed for bankruptcy. The request for creditor protection comes a little over a year after Quebec began to investigate several private colleges, including M College and CDE College, for “questionable” recruitment practices for students in India. 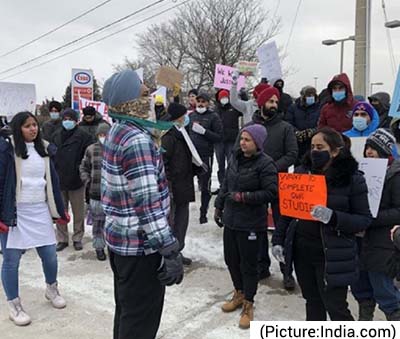 The abrupt school closures prompted scores of panicking international students from India to flock to the Indian High Commission in Ottawa for assistance, as many of them had been forced to come up with thousands of dollars in fees without warning, only to have their education halted.

“In the event that they find any difficulty in reimbursement of their fees or transfer of fees, they may file a complaint with Ministry of Higher Education, Government of Quebec,” stated the advisory, assuring students that there were avenues through which they could attempt to recover their lost money.

The advisory noted that the High Commission has been in close contact with Canada’s federal government, Quebec’s provincial government, as well as elected representatives from Canada’s Indian community to provide support to the affected students.

The students were also informed that they are free to approach the Education Wing of the High Commission in Ottawa or the Consulate General of India in Toronto if they require immediate assistance regarding the issue.

In addition, the advisory warned against making payments to any institutions that don’t have their credentials in order. “Students should not make any payments or reveal their personal information to any unverified person/institution offering students visa on payment,” cautioned the advisory.

Comments According to the application for creditor protection by the RPI Group, unpaid tuition fees and refund claims from 633 students against the company are estimated at nearly $6.4 million.