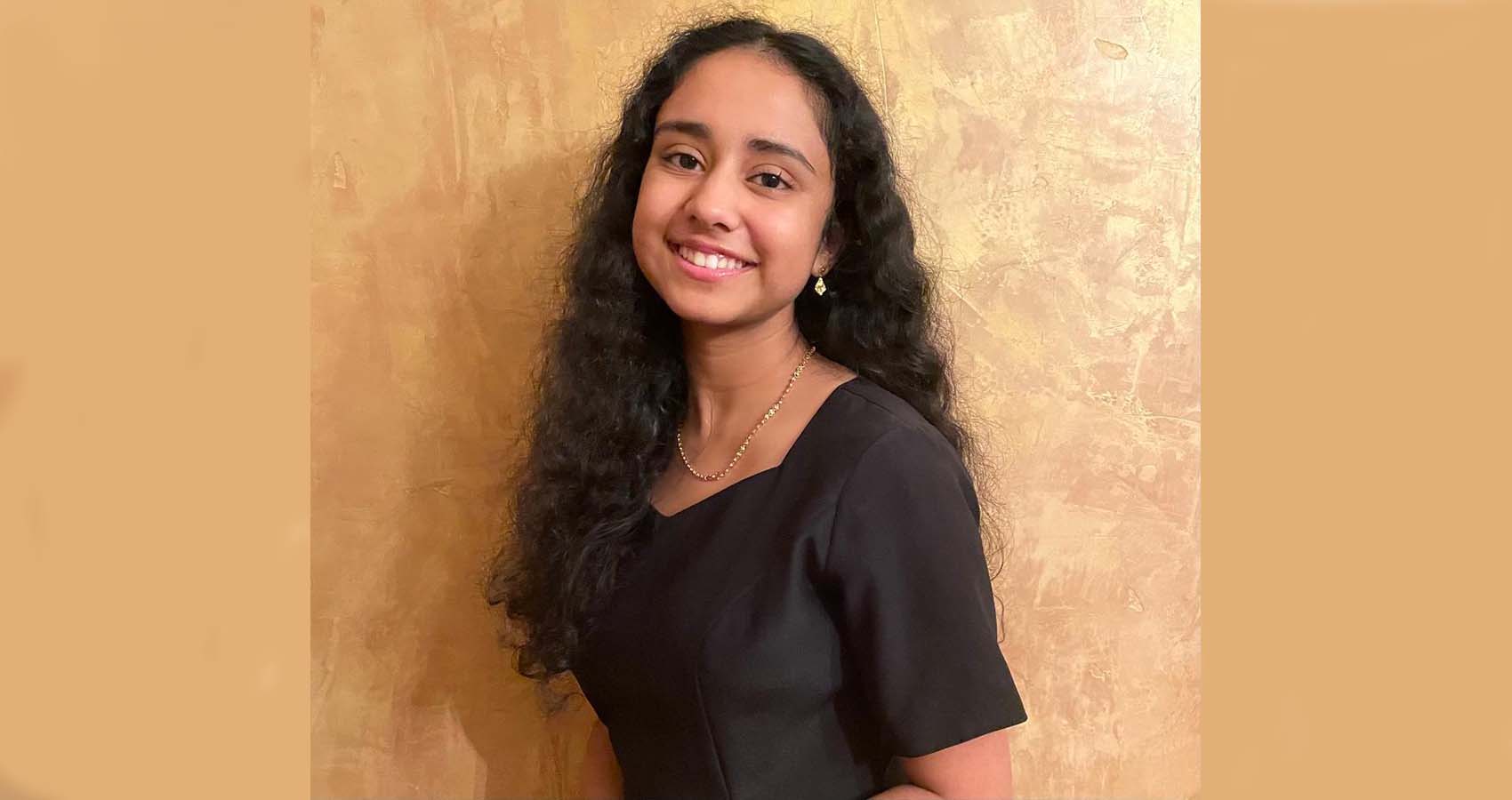 Anushree Unni, a senior in Trumbull High School has been declared among the six best high school musicians in the north eastern state of Connecticut in the United States last week. Other budding multi-talented artists who are recognized for their passion and talents in music included: Kate Vasquez, Chip Chase, Noah Lafond, Talia Cook, and D’Andre Wright.

According to a FB Post from the Trumbull High School, “This past weekend six students took part in the CT Music Educators Association All-State Music Festival. These students had to pass several auditions to be a part of this festival going up against students from every other school in the state. By winning these auditions and participating in this festival, these students are considered some of the best high school musicians in the stat. Congratulations to them!”

Anushree, who is well known in the fast growing Indian American community for her love for classical music and dance, is the High School’s Chamber Singer and President of the THS 2021/2022 Tri-M Music Honor Society chapter. She was selected by The National Association For Music Education (NAfME) for the All National Honor Ensembles. “This honor is reserved for only the most committed and capable singers in the country, who submitted virtual auditions at the beginning of the year and were selected from thousands of applicants from all fifty states,” a message from the Trumbull High School stated. “Anushree will be participating in the remote festival performance as one of only a small handful of students from Connecticut. 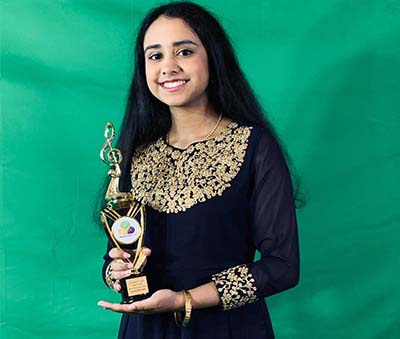 Anushree was recognized at Trumbull High School in 2021 for earning the Outstanding Vocal Music Achievement Award. Her passion for music and art goes to her very young age. The older daughter of Unni and Radha Thoyakat, Anushree started singing for Freshmen Choir and was lucky to be a student of  Ms. Anne Tornillo, the pervious Choral Music director at Trumbull High who retired in May 2020. Encouraged by her current music teacher Mr. Chris Wasko in her current endeavors.  “None of her musical accomplishments in and out of school would have been possible without the foundational guidence and support from the Trumbull High Music Department.  I am forever grateful to all who have shown their love and kind words,” Anushree says with modesty.

In her Sophmore year, Anushree sang in THS’s Concert choir and was then selected to participate in the Connecticut Music Education Assocoaition’s (CMEA) Western Regional Music Festival, the largest arts education organization in Connecticut and it is under the National Association for Music Education (NAfME) of American music educators who work to promote

and withhold music as a core curriculum in the United States, providing exposure to experts and celebrities, music conductors and adjudicators from all over the country, including grammy-nominated composers and artists,

After she successfully participated in the Western Regional Festival, Anushree became eligible to audition for the CMEA All-State Choir, featuring some of the most talented musicians in the State of Connecticut. In the same year, Anushree was also selected to participate in Nafme’s All Eastern Honors Ensemble which is a selective ensemble for students from 13 states in the East Coast who have made to the all-state level in the past, attain a teacher recomendation, and is evaluated by a distinguished group of judges. Anushree also participated for the All-Nationals Honor Ensembles which is the highest level of honor offered by Nafme. In Anushree’s senior year, she participated in the Western Regional Festival in Greenwich High School this past February and just recently returned from CMEA’s All-State Festival at the Connecticut’s Convention Center from March 31st to April 2nd 2022.

Her passion and dedication to music and art has been recognized by the larger Indian American community. “It was Sept 2009, two little kids started their musical journey with their nursery rhymes on Masconn’s stage. (MASCONN is the local Malayalee cultural association in Connecticut) They carried on with their passions at school  and in community events with great joy. Their respective high school choirs offered support and guidance to participate in several competitions and music festivals organized by National Association for Music Association (NAfME) Western Regional, All-State, All Eastern, and All Nationals. Today they are among the top 200 finest vocal singers in the country.  Congratulations to Anushree & Edwin, who is another Indian American budding talent from the state of Connecticut,” say the proud parents.

During the Covid pandemic, in spite of all the restrictions, she participated at the FLOWERS TV USA SING N’ WIN SEASON 1, Based in Kochi, Kerala(India) & US Studio in Chicago, IL. Her performances were telecast on Flowers TV’s channel and Flowers TV Facebook page several times with viewership worldwide. Among the 300+ singers that participated from all over USA and Canada, she went on to perform Malayalam and Tamil language songs to place herself into semifinals and final. She won the Best Performance Award at the Grand Finale event live Zoom event along with 30 finalists.

Anushee is hopeful that she can make her voice heard in community events, on social media and in boardrooms.  Even more, music will always be close to her heart in all her future endeavors.