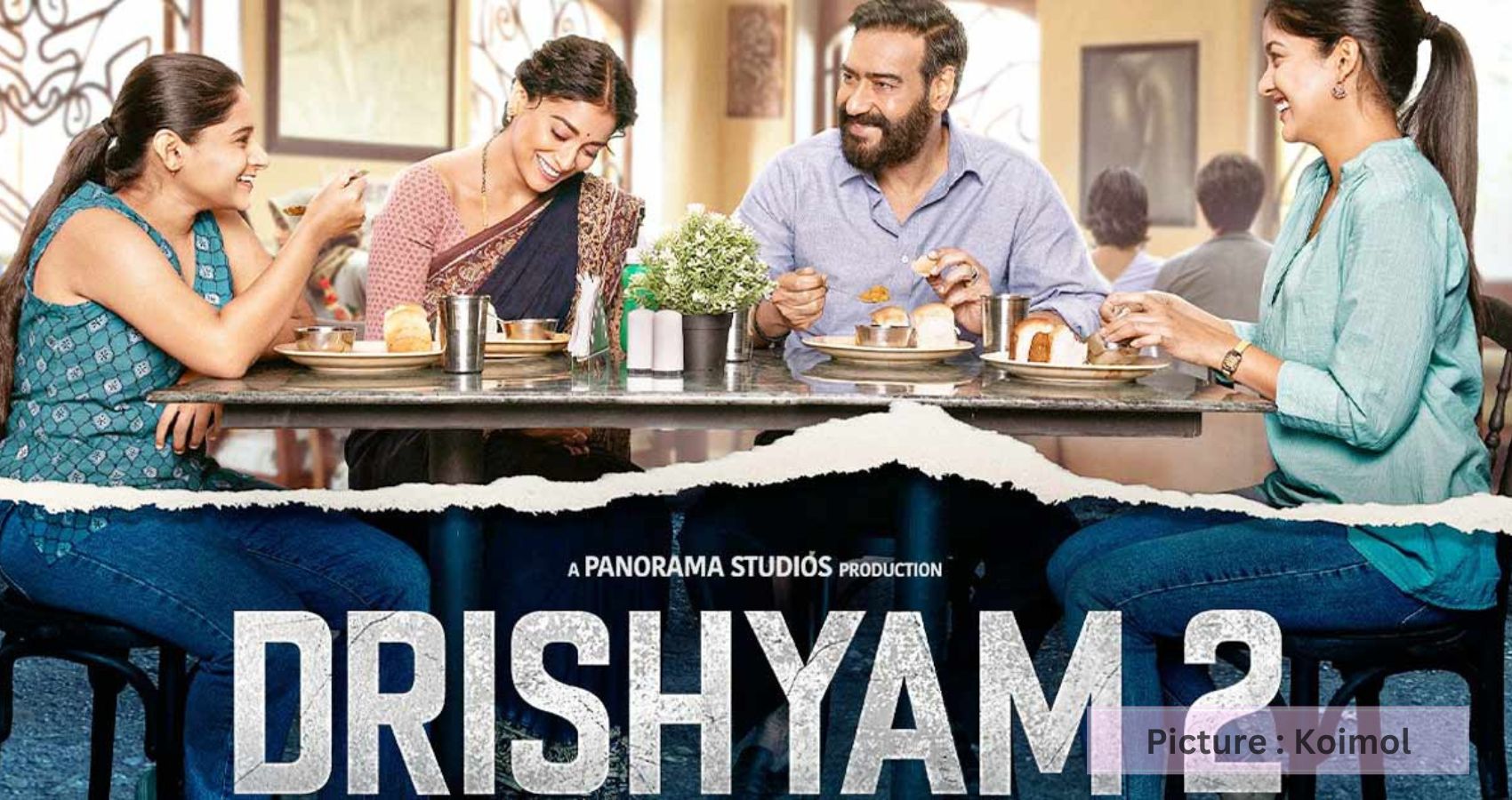 Bollywood isn’t really known for pulling off suspense thrillers, certainly not for sustaining the steam over a sequel. But, like Drishyam in 2015, Drishyam 2 lulls you with its modest settings, simple characters, human cops, and a family caught in events beyond its control, till it lands home its lesson a second time — it’s not important what’s before you; what is important is what you are seeing.

Seven years after the case related to Vijay Salgaonkar and his family was closed, a series of unexpected events bring a truth to light that threatens to change everything for the Salgaonkars. Can Vijay save his family this time?.

The Ajay Devgn-Akshaye Khanna-Tabu starrer in Drishyam 2, originally acted by Malayalam star, Mohan Lal, very deftly picks up from where the two main protagonists, both fierce parents, left off in Drishyam 1. Its execution is not as smooth as the last time though, say movie critiques.

So, when his case file in a murder case reopens in Goa police station, you can only expect this mystery to get more intriguing, interesting and exciting. A remake of Malayalam film by the same name that released in 2021, Drishyam 2 is a sequel to the 2015 crime thriller that left everyone guessing what really happened on October 2 and 3, a tale which all of us now remember by heart after listening to the members of Salgaonkar family some 100 times over during investigation. But the truth is yet to be uncovered.

From a 4th fail, middle-class cable operator who is obsessed with Bollywood films, Vijay Salgaonkar (Ajay Devgn) is now a theatre owner who wants to produce a film and even has the script ready. But what hasn’t changed in these seven years is his passion for films, storytelling and love for twisted plots.

Directed by Abhishek Pathak, the film is riding on the plot of its prequel that generated a lot of buzz. There are ample references that one keeps hearing throughout in the sequel, which remind them of how good the first film was. Vijay Salgaonkar lives in Goa with his wife Nandini (Shriya Saran) and daughters Anju (Ishita Dutta) and Annu (Mrunal Jadhav).

After Nandini and Anju accidently kill a young boy, Sam, who happens to be Goa IG Meera Deshmukh’s (Tabu) son, Vijay is devising new ideas every day to guard his family and ends up saying a 100 lies to hide one. Drishyam ends with the case being closed and it being established that Sam is dead.

The sequel introduces us to a new IG in town, Tarun Ahlawat (Akhaye Khanna), who reopens this file and wants to find Sam’s body along with all other lose ends that would help him put Vijay behind bars. Does Drishyam 2 solve this puzzle? Will Vijay throw himself under the bus to save his family? Will his wife and daughters follow Vijay’s ideas and fool the police officers again?